These novels deserve their own place in the canon of Star Wars, and few mediums can explore that as well as video games.
by Nick Lee

With Star Wars officially canonizing expanded universe characters like Grand Admiral Thrawn and Revan, there are still some novels that deserve recognition in cannon gaming. These don't have to include only new characters but will advance existing ones and give Star Wars more for origin or solo stories in the future.

Let's look at the seven novels that merit their spot in videogame canon. 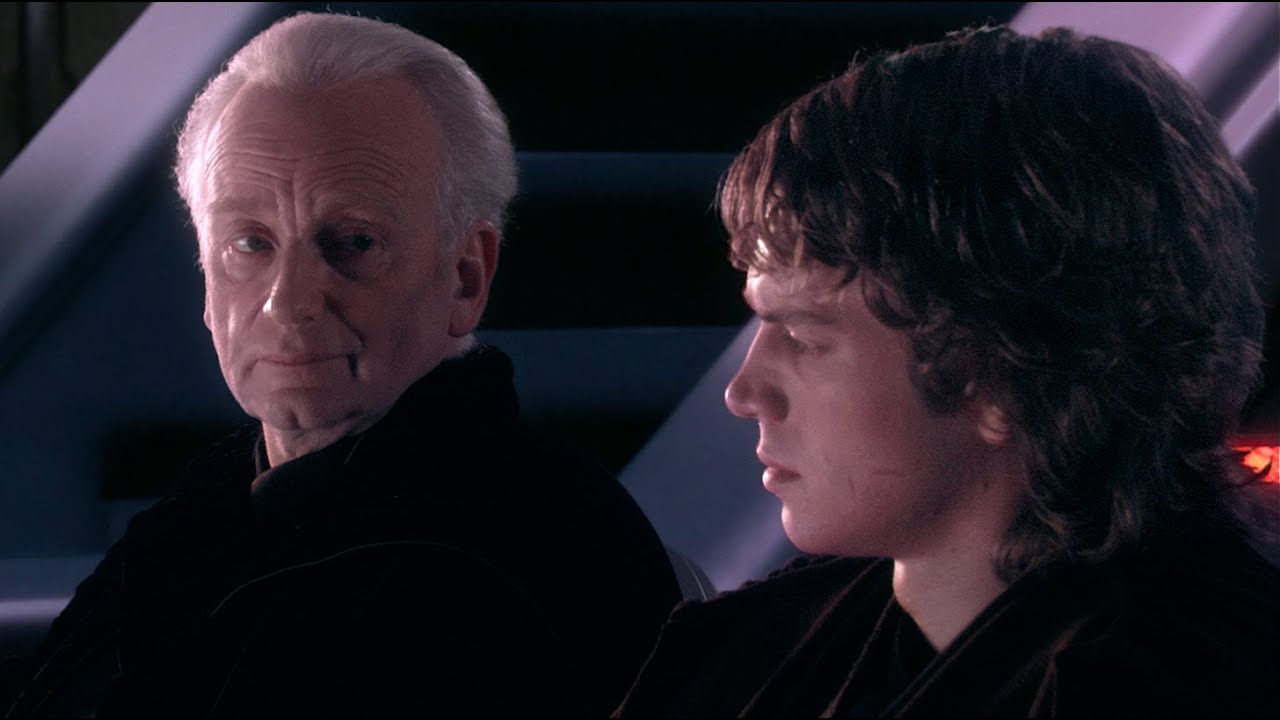 Tell me, did you ever hear the tragedy of Darth Plagueis the Wise? Surely by now, the internet has culminated in agreement that the story of the slain master of Darth Sidious deserves his own official canonized game. We know that he is mentioned in Episode III, so is technically canon, but we only know his story through the emperor -- which may not be the best source.

Darth Plagueis, however powerful he truly was, is a story worth exploring for Star Wars as he is essential to the rise of the Sith before the emperor's dastardly plot was put into place. Playing as a young Palpatine begrudgingly training under his powerful master to then killing him would be quite the story to play through. Not to mention it would give gamers the chance to test out the all-powerful master of the Sith for the first time ever as the main character.

The New Jedi Order: Vector Prime by R. A. Salvatore 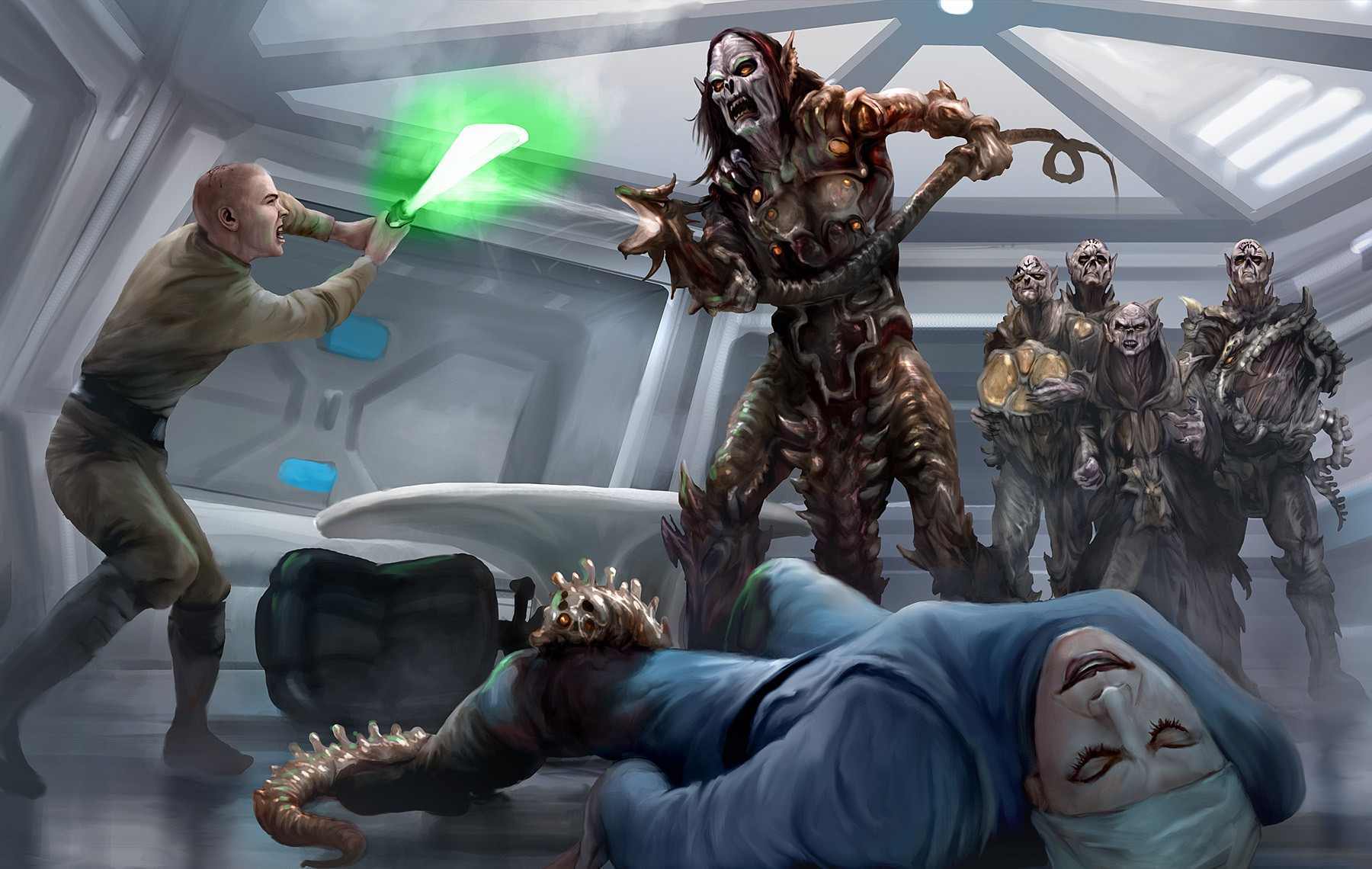 Nothing says classic Star Wars novels like Vector Prime. Released in 1999, the novel tells of a scientific outpost leading Luke and the original trilogy gang into the hands of the dangerous Yuuzhan Vong. Long lingering in the shadows of the EU, the Yuuzhan Vong are far more ruthless and deadly than the Galactic Empire and are responsible for the deaths of iconic Star Wars characters.

The introduction of the powerful and ruthless Darth Bane's origin story would provide Star Wars gaming with a fun story to play through as they discover the Sith, similar to that of Knights of the Old Republic.

Canonizing a novel like this would show Star Wars the true heart of darkness within the Sith itself as this is where the infamous "Rule of Two" originates from. Without the work of this novel, other stories created after would only be following the rule of two because of the movies alone. This novel instead establishes a backstory and an already canon character with enough clout to understand why.

Star Wars has thousands of stories but their lead characters are often similar when it comes to story driven single-player campaigns. To remedy this, a novel like Shatterpoint that follows Mace Windu's hunt for his lost padiwan during the Clone Wars would eb the perfect diverse novel for a fan favorite character.

This novel would also follow the internal conflict Jedi faced by going to war, as in the movies Windu even notes that the Jedi are not foot soldiers. Seeing how the conflict weighed on the Jedi would be an exciting twist in gameplay while also letting gamers control the legend of the prequels.

Taking place just after the rebellions win against the Empire in Episode IV, Han Solo wants to take his buddies on one last heist before becoming a goody-two-shoes for good. The story would provide a good alternative in gaming to Star Wars: Bounty Hunter where players got to play as Jango Fett.

This would be the gun-slinging scoundrels own story primarily, but could even allow players to switch between other main characters form the novel, Chewbacca and Lando Calrissian. The game could also follow Han's encounters with other bounty hunters beyond the infamous Greedo encounter, that would make for great gameplay. 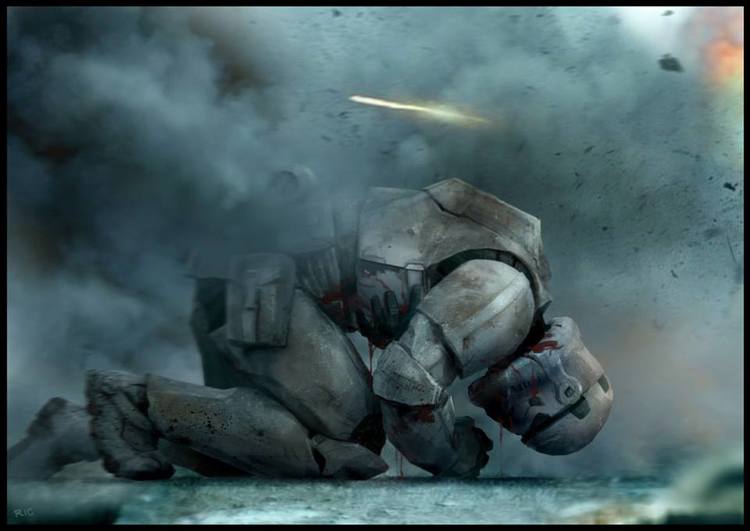 One of the few horror novels in Star Wars, this story follows a star destroyer in the deep reaches of galactic space as they try to survive. Similar to the novel, the game would follow brother duo Trig and Kale Longo imperial criminals as they try to escape the Imperial prison barge, the Purge.

Though the story was briefly touched on by Star Wars Galaxies, the MMORPG hasn't been able to dive into the full horror aspects and jump scare-filled scenes a fully developed game could do.

Boba Fett 1 through 6 by Terry Bisson and Elizabeth Hand

Originally a series of young reader novels, these three books tell the story of Boba Fett before and after the death of his father Jango Fett. The story would be an emotional roller coaster as players get to see the making of an infamous bounty hunter through heartbreak.

The game canonization of these novels would work perfectly to explore how growing up is tough and without the stability of a home life can lead to both wonderful and awful adventures. Further, the novel would allow gamers to follow the full life story of a character with so few movie lines, the game will give its writers plenty to imagine for the character.

Dawn of the Jedi: Into the Void by Tim Lebbon

Taking place before even the Old Republic, this novels follows a strong and original character as she is tasked with defending the galaxy from an evil mad man she knows all too well. The story would do well in a cannon game in that players would explore an original story of an unlikely hero in a world before the common items and characters we know in Star Wars ever show up.

A game like this would be similar to the solo story announced in the upcoming Battlefront II campaign but following the female lead for the good guys.

Video games have the unique ability to tell full and comprehensive stories of characters close to the ability of novels than movies ever could. Canonization of these novels would allow for gamers to get more perspective of the Star Wars universe.

As diverse as the galaxy is, these novels open us up to rich characters new and old that deserve more time in the spotlight -- your move now Star Wars.