Crowdfunding: It's a Crowded Market Out There!

Crowdfunding is a great way for developers to get their games funded. But how has success and failure shaped gaming's role in the practice over the years?
by SarahKel

Regardless of genre, crowdfunding has become a behemoth in the video gaming world, a driving force for revenue and interest for many of the industries most popular games and products.

However, not all games reach the dizzying heights of success that certain games, like Tabletop Simulator, Shovel Knight and Yogventures, have found. Some, for a variety of reasons, fail. There is never a guarantee of success with crowdfunding because developers must rely on selling an idea to gamers -- which isn't always easy -- but why are some games more successful than others? 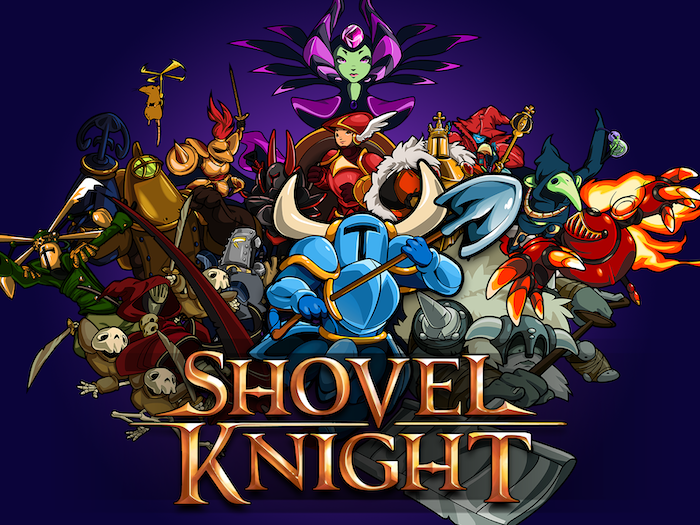 As Kickstarter highlights, crowdfunding is, well, a very crowded marketplace, with more than 11,000 video game based ideas on Kickstarter alone. Consequently, the sheer number of games saturating the market makes it very difficult for a great idea to stand out in a sea of noise.

For indie games, it seems that those developers who prepare their campaign the best and get the message ‘out there’ to YouTubers, Twitch streamers and the like stand the best chance. In effect, it’s that little bit of luck (plus being in the right place at the right time) that sets many games apart.

For AAA games, many rely on previous success from either the publisher or other games in the franchise. What's more, many can afford a massive marketing campaign for their project, drastically increasing the reach of their brand, something many crowdfunded games from independent developers just can't afford.

Of course, one cannot speak about the success of crowd funding without mentioning Star Citizen. The game set a world record for crowdfunded video games, which is interesting for a game not financially reliant upon its Kickstarter backers. But what really help the game reach new heights was that its developer, Cloud Imperium Games, marketed themselves extremely well and they picked the perfect time to pitch the game. It also helped that Star Citizen had a kick-ass game trailer, which became instantaneously popular with gamers who held fond memories of other space games like Wing Commander.

But Star Citizen keeps getting delayed.  Maybe it's because of its infamously expensive add-on items and packages (for example, the Combo Wing Commander pledge was priced at a whopping $12,000). Of course, the vast majority of crowdfunding pitches offer varying prices of pledge level, where backers are rewarded with extra goods, but equally the opportunity to add extra items to the pledge. This creates more revenue for the developers and their opportunity to showcase the very best of their animation and modeling skills.

Backers must trust that the developer can deliver an excellent game. And despite this, some games just don't succeed. For example, not even the notoriety of the Yogscast team could ensure that Yogventures became a success.

Started in 2011, Yogventures' Kickstarter campaign was overly ambitious and made too many promises. This didn't stop passionate Yogscast fans from gladly funded the project, but it ultimately led to a backlash when backers did not receive the game. Quickly, blame was shifted to the game's developers, Winterkewl, who had simply used the Yogscast name for branding purposes.

Winterkewl gave insufficient information about their previous work history and were an inexperienced team. Consequently, the developers missed many deadlines and eventually went bankrupt. Had backers known the full story before backing, they may have been more reticent to fund the project.

The lesson learned is two-fold: Developers should never pitch unrealistic promises, but always be vigilant and considerate of what gamers are spending their hard-earned cash on.

Despite vigilance in choosing the right game, this does not guarantee success for crowdfunding backers. Another good example of this is Court of the Dead, a game based on the Sideshow Collectible figurines. With a premium and trustable toy figure manufacturer on board, what could go wrong?

The game began on Kickstarter in early October, a campaign that ended a little over two weeks later, despite earning over a fifth of the target funding. Arcade Distillery, the Court of the Dead's developer, canceled the project because they felt it was unlikely to succeed. In effect, the developers wanted to contemplate on their strategy and hopefully, we will hear from them again and see Court of the Dead finally developed and released.

Sometimes, it can take time for a game to materialize into its full and final form. That's exactly what happened with The Mystery of Woolley Mountain, a point and click adventure where a renegade group of audio scientists attempt to save a town from the clutches of a nefarious witch.

Successfully crowdfunded in August and subsequently greenlit on Steam, with an expected release date of October 2017, The Mystery of Woolley Mountain took time to make, but ultimately looks like it will meet its production and release schedule, with few hiccups along the way.

At the end of the day, crowdfunding is a very risky concept for any developer, new or seasoned. There is no magic formula for success, and because we as gamers want games that are new, different and challenging, we will always look towards crowdfunding to fulfill our most epic gaming dreams and fantasies.

There are a lot of creative people out there who want their ideas to come to fruition, and there is nothing better than getting your audience invested in your game at the ground floor. Just know that success is just as common as failure -- because it's a crowded market out there! And standing out is hard!