Casey Hudson, a major creative influence on Knights of the Old Republic and executive producer of all three Mass Effect games is leaving BioWare after 16 years. Both the company and Hudson are positive about the departure, but he certainly leaves some large shoes to fill.
by Travis McGee

Casey Hudson, project director of Star Wars: Knights of the Old Republic and executive producer of the Mass Effect titles, announced yesterday through a letter posted on BioWare's website that he is leaving the company. 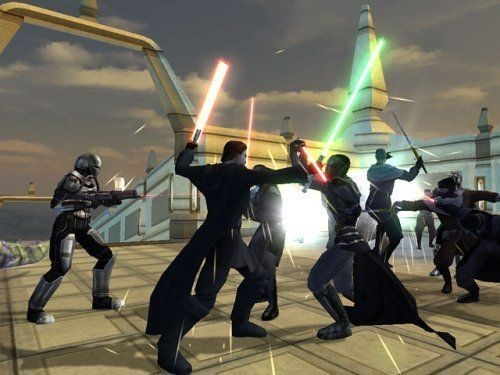 Casey Hudson influenced "Star Wars: Knights of the Old Republic" in every stage of its development as project director.

Hudson has not said what his plans for the future are, but he cites the completion of the next installment of the Dragon Age franchise, the start of production on the next Mass Effect game, and the beginning of an unannounced IP project as indicators that now is the best time for both him and the company to "hit the reset button and move on."

BioWare's general manager Aaryn Flynn extended thanks to Hudson for his more than 16 years worth of work at BioWare with this blog post:

As we say a fond farewell, I know I speak on behalf of the entire studio when I say that we will be forever grateful for Casey's hard work, passion, and everything he has taught us over the years - a methodical dedication to quality, a spirit of teamwork and camaraderie, and putting fans above everything else. But most of all, Casey has challenged every one of us in the studio to be better tomorrow than we were today. It is in that spirit that as we finish Dragon Age: Inquisition, we will continue working on the next Mass Effect game and our new IP project, confident in our goals and progress.

Despite the loss of Hudson, BioWare is optimistic about the future and echoes Hudson's sentiment that now is a good time for him to move on.

As executive producer of all three Mass Effect games, Hudson turned his development experience towards breaking records with each title.

For BioWare fans this is a tremendous loss, and Hudson's talent and input will surely be missed in upcoming games. The real question is: where will Hudson go and what will he do now?