5 Reasons Why Sea of Thieves Will Be A Huge Success

Sea of Thieves has a lot going for it. Here's a closer look at some of the biggest reasons why it should be a major success.
by Andrew Krajewski

Sea of Thieves is due to come out in March, and after a successful closed beta, most people are excited for it. Microsoft needs Sea of Thieves to succeed for them, and as of right now, it looks like it will, in fact, be a success. Let's take a closer look at the different factors that are helping to position Sea of Thieves to be the best game it can be.

Microsoft doesn't have as large a pool of exclusive games as Sony does, and that makes a difference when people decide what platform they use to play games. Fortunately, Microsoft and Phil Spencer have been making several good decisions in a row to benefit gamers. After the cancellation of titles like Scalebound and Fable, Microsoft redoubled their efforts to bring new first-party titles to Xbox and PC. Titles like Gears of War, Halo, and Forza have kept Microsoft afloat long enough to obtain new exclusives that include PUBG, Ori and the Blind Forest, and Sea of Thieves.

In addition to refocusing on more first-party content, Microsoft has doubled down by promising to provide these titles via Game Pass on day one for free. This is huge for a game like Sea of Thieves, which might not have enough pull to bring in an audience of its own. Sea of Thieves can expect a much bigger player base at its beginning, which will ensure a stronger community, which is essential to multiplayer games. The larger player base will almost certainly lead to more financial success for the game, as more people without Game Pass will either opt-in to Game Pass to try it or buy the game in full to join their friends already playing the game.

Microsoft has also done a nice job of providing players with the Looking For Group feature so players can find other people to play games with.

There have been a surprisingly low number of pirate-themed video games that have come out compared to other subjects, like ninjas or mechs, for example. There are even fewer successful pirate games that have made their mark. I want to quickly mention four that stand out:

All four of these games are about pirates, and they did something that made them a success. These titles captured a different aspect of pirates that people find so whimsical. Sid Meier's Pirates! brought a complete pirate experience, from navigating waters  to sword fighting. Its open nature provided players with multiple ways to play the game, and Sea of Thieves is no different, giving players the freedom to go where they please. Sea of Thieves improves on this formula with its riddle-based treasure hunting that doesn't simply give players a waypoint to go to. The fun is in the journey, not necessarily the destination, and Sea of Thieves nailed that part of the experience.

If we look at LEGO Pirates of the Caribbean and the movie franchise itself, we come away adoring the silliness of pirates. Sea of Thieves is a tremendously silly game. Coordinating with friends to make sure your ship doesn't sink is an endeavor sure to bring about laughs. If that's not enough, the ability to load yourself into a cannon further adds to the fun.

Black Flag made waves (excuse the bad pun) when it came out in 2013. While treasure hunting (which I think Sea of Thieves refines) was fun and ship combat was cool, people remember the sea shanties more than anything else about the game. Now in Sea of Thieves, everybody has a musical instrument in their inventory so they can sing and dance with their friends! Black Flag also had a ton of customization options, which Sea of Thieves should take note of going forward. It'd be a ton of fun to customize our boats and pirates like we could in Black Flag.

Puzzle Pirates is THE pirate game in my opinion, unless Sea of Thieves can prove me wrong. It offered players the opportunity to run their own ships, be part of a crew, run different shops on their own islands, go on raids against sea monsters, and even engage in massive PVP ship battles. It had a fantastic community and great support from the developers. If Rare follows the Puzzle Pirates example and truly makes their game open world, where players can do almost anything they can think of as pirates, then Sea of Thieves will be set for a rewarding multiplayer experience.

If you gave the Sea of Thieves Beta a shot, you'll have noticed that the game is beautiful. The cartoonish look of the game is pleasing to look at -- especially the water. It's the best water I've ever seen in a game, which is really important for a game about pirates. Any game that draws your attention is much more likely to bring people into it, and every bit of polish that helps make a game stand out graphically certainly helps. 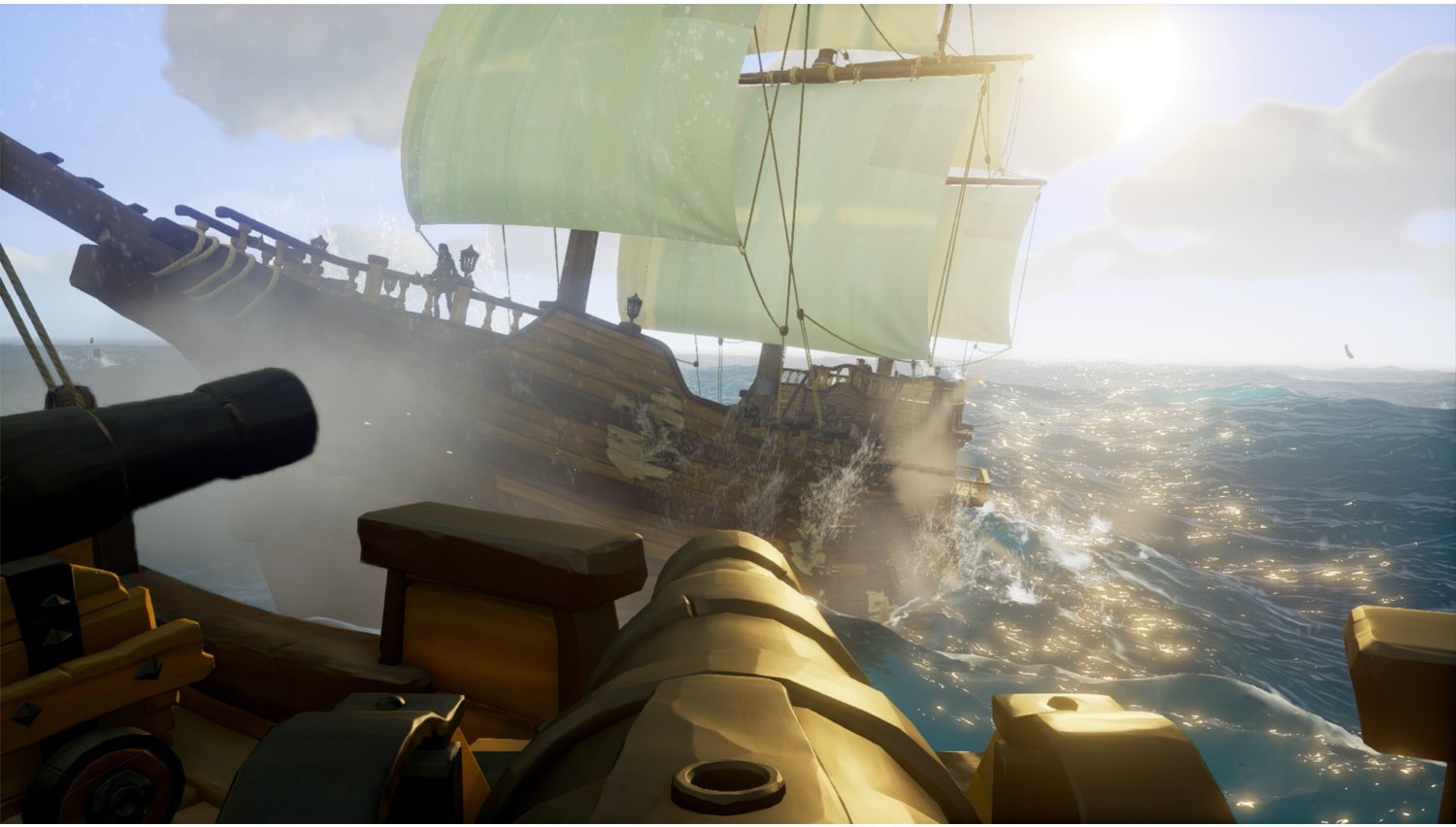 From navigating with your compass and physically pulling down the sails to patching holes and dumping out water with a bucket, Sea of Thieves wants you to work with other players. Sure, you can head out in a tiny ship on your own, but the cooperative experience the game offers makes it shine. Like Overcooked, the chaotic and silly nature of working with others will make this game stand out against its competitors. YouTubers and other content creators swarmed to play this game on their channels during the beta. Games with the support of these influencers often have much longer lifespans. Garry's Mod and Minecraft probably wouldn't have the success they do if people didn't continue to make content about them. As long as Sea of Thieves keeps entertaining via YouTube -- in addition to its own gameplay -- it will have a consistent stream of people checking it out.

There's supposedly a lot of content we did not get to see during the closed beta for Sea of Thieves. If there is one thing the game needs, it is more content, and hopefully we'll get a lot more of it upon release. If players are able to reach some kind of end game or obtain cool new weapons, ships, and even cool cosmetics, the game will further its chances at success. The gameplay of this title feels solid, so the only thing that will limit it is what players can or can't do. This unknown part of the game, if properly handled, should help build hype for the game and ultimately lead to more sales. 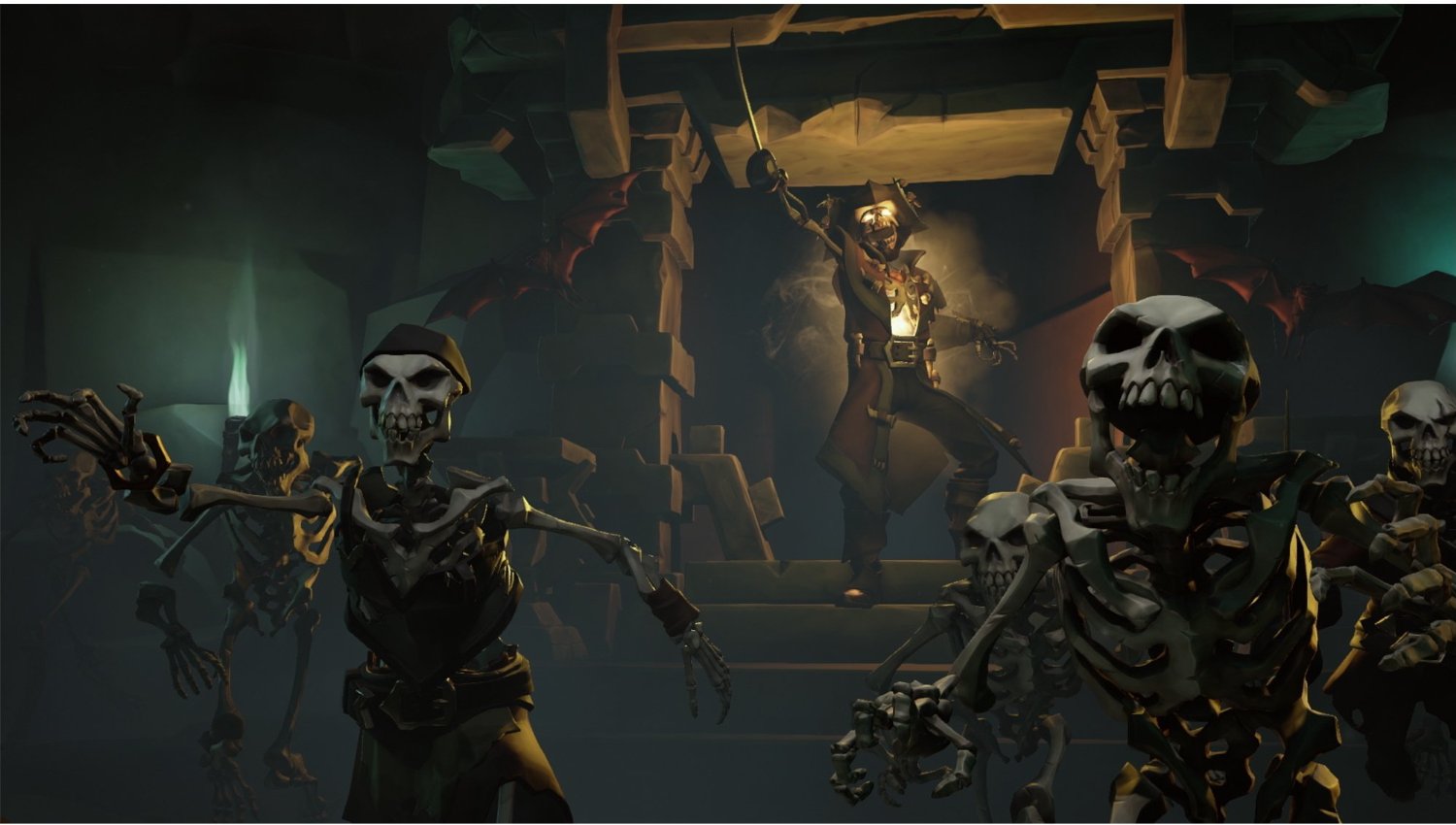 It is with all these different things in mind that we go into Sea of Thieves. So grab a friend, old or new, drink some grog, and set sail! Treasure and adventure are on the horizon, and it's up to us to get there!