What's Behind the Renaissance of Black Desert Online?

Black Desert Online has seen a huge spike in its playerbase...but why is that, anyway?
by Valoryan

Black Desert Online has seen a huge spike in players after its release on Steam, which was accompanied by a sale and release of a new character called Striker. Shortly after, Kakao Games announced that it has sold over 300,000 copies of the game during its first week of sale on Valve's distribution platform. This is a huge spike in sales and a large increase in playerbase for a game that has been on the market for a year. So what gives?

Why is BDO Doing So Well Now?

The short (and obvious) answer here is that it's a good, engaging massively multiplayer experience. Black Desert Online is a Korean MMO that's since been translated for the United States and Europe. The game offers its players a lot of freedom, but can be seen as complex and confusing for those who aren't used to its particular style.

It is unique because of its AFK modes, which allow you to complete tasks like fishing or running to another town while you step away and do something else. The ability to do other activities while playing the game makes it more versatile than most MMOs and lets people with busy lives to train their character and not fall behind their friends.

But that's not all BDO has going for it. There's a wide variety of skills -- from running trade routes to harvesting herbs to clearing dungeons with friends  -- which allow for a diverse audience base and a unique experience. And the combat system is very flashy and intensive. The mobs start out easy, but get harder and harder as you progress in the game. This gives the players time to master their character's unique attack style and combos.

The sudden influx of new players to Black Desert Online has drastically increased the population of the servers -- and the spike has prompted the addition of three new servers to the North America region. This is beneficial to the quality of the game and continued player participation, because it increases the player to player trading market in the game and makes for a thriving economy.

But the biggest boon of this spike is that there are many more multiplayer opportunities available to players. Gone are the days of waiting around in hopes to scrounge enough players for an instance -- there are plenty of people at any given time to run whatever dungeons you please.

Cities are starting to feel more lively, but it's way harder to find your mount...

Does This Mean BDO is the Next Big MMO in the West?

Not necessarily. Like any MMO, there are still some downsides to Black Desert Online. For example, there's is no hard story line. A lot of quests in the game are linked together, but players can really do what they want when they want -- and there's not a strong narrative to propel them towards a singular goal. While this spells out freedom for many players, it can leave others feeling lost and confused.

It's also worth noting that Korean style MMOs are based around groups more than solo players, which might not sit well with Western players who like to play alone. In the late game, finding a guild and friends to play with is necessary -- or else it is nigh impossible to beat bosses and partake in late game activities such as PvP and guild wars. In addition, the loss of gear at high levels due to enchanting can be very discouraging. 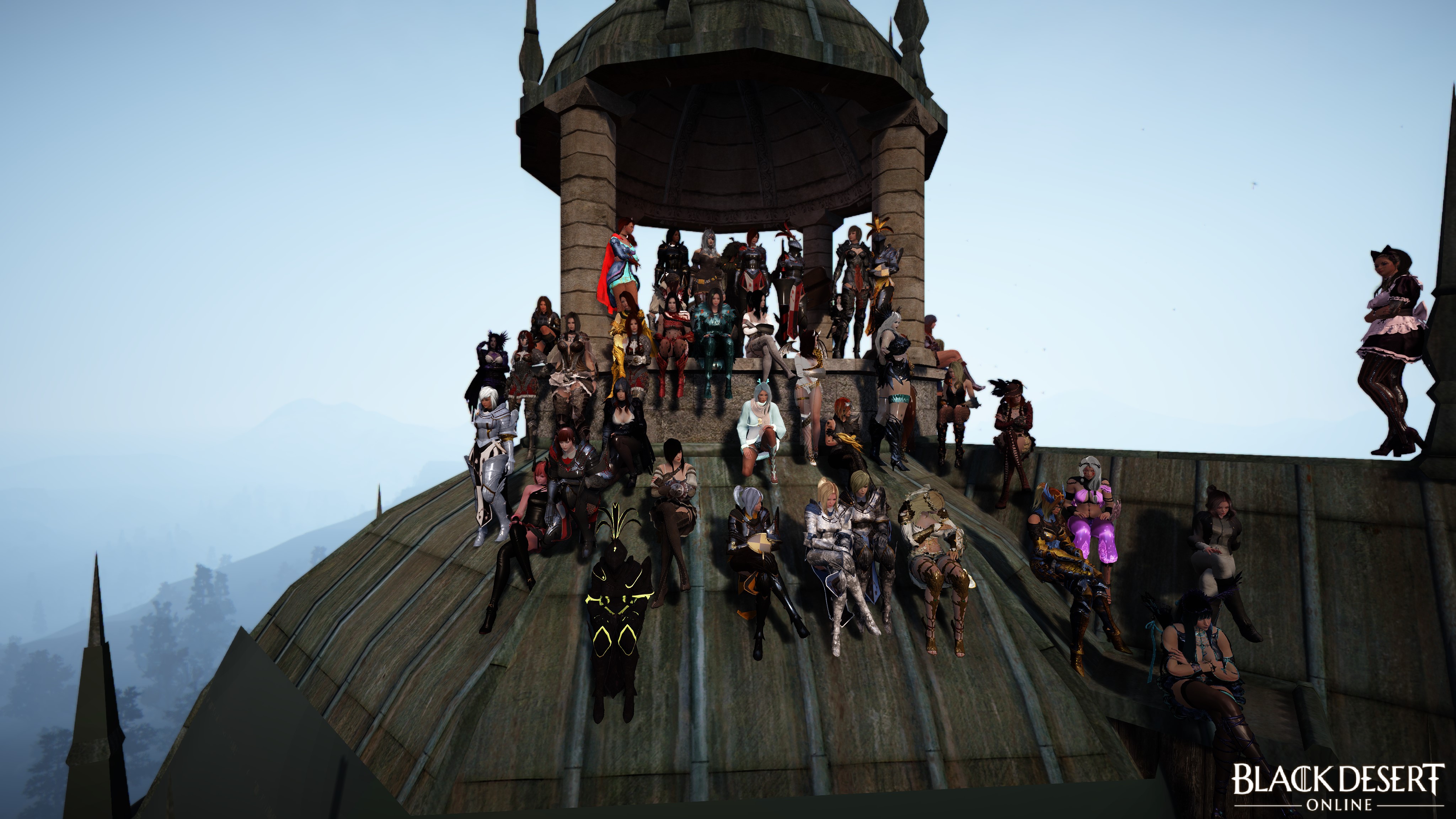 Can Black Desert Online Keep It Up?

Only time will tell.

Black Desert Online's late game is all about teamwork and luck. Finding friends is important, because they make the game more enjoyable and engaging because there will be far more activities to partake in. And with the population boom, it's easier than ever before for players to find a group where they fit in.

The loss of armor and weapons in the late game may discourage some players, as will the heavy emphasis on group work for those who prefer solo play. But for now, it's smooth sailing for the game.

Lots of people have picked up Black Desert Online since its full release, and at least for now they're sticking with it -- which in turn has made the game better for everyone else. So if the trend continues, things are looking good for this MMO. The recent peak in player interest proves that some people out there are still searching for the next big massively multiplayer experience -- and maybe Black Desert Online is it.

Need some help getting started in this game yourself? Check out our Black Desert Online guides for tips and tricks that will have you power-leveling in no time!