Indie games have become extremely huge in the gaming world. Here are some indie games that deserve more love than they already get.
by buymymixtape123

Indie games have really gained a lot of popularity and quality over the years, with games like Cuphead and Stardew Valley being some of the best games to come out in the past few years. Here are some indie games that deserve more attention and love than they already get.

The Banner Saga is something special in the world of tactical RPGs. The game follows its two protagonists, Rook and Hakon, as they fight through an onslaught of Dredge soldiers in this Viking fantasy universe. What is different from this game to other tactical RPGs is the survival element implemented in the game. You have a caravan of fighters and regular civilians with you most of the time, and you must buy or scavenge food and supplies to support these people. As days go by, your supplies will deplete, and once your supplies are depleted to zero, your caravan will lose morale, and people will start to die. This leads you to be cautious when making decisions like taking new people in your group because you might not have enough supplies to take care of them.

In combat, you can pick six different characters in your caravan to fight, each usually having different skillsets or fighting styles. For example, Jarls, who are giants with horns, can take more damage than human characters, and it is best to lead battles with them because of this. Also, some characters only use bows and magic while others just use melee, so it’s best to really think about your team composition before heading to battle.

Overall, it is a great game that will have you immersed in its world for 20 or more hours.

The Dishwasher: Dead Samurai is a beat ‘em up game where you play as a Dishwasher as he exacts his hatred of cyborgs by killing them and destroying their leadership. The gameplay is like other beat ‘em ups, as you use combos to do massive amounts of damage to cyborg hordes. Doing combos and grapples can lead to gory finishers, like ripping a body part of a cyborg. These finishing moves give you health after completing them. The Dishwasher uses a variety of weapons, ranging from machine guns to a sword.

There is also a minigame in which you get to play a guitar solo of a rock song, and you earn points to your overall level score during it.

This game is available only on Xbox 360, but its sequel, The Dishwasher: Vampire Smile, is on PC, and it is just as good as the original. 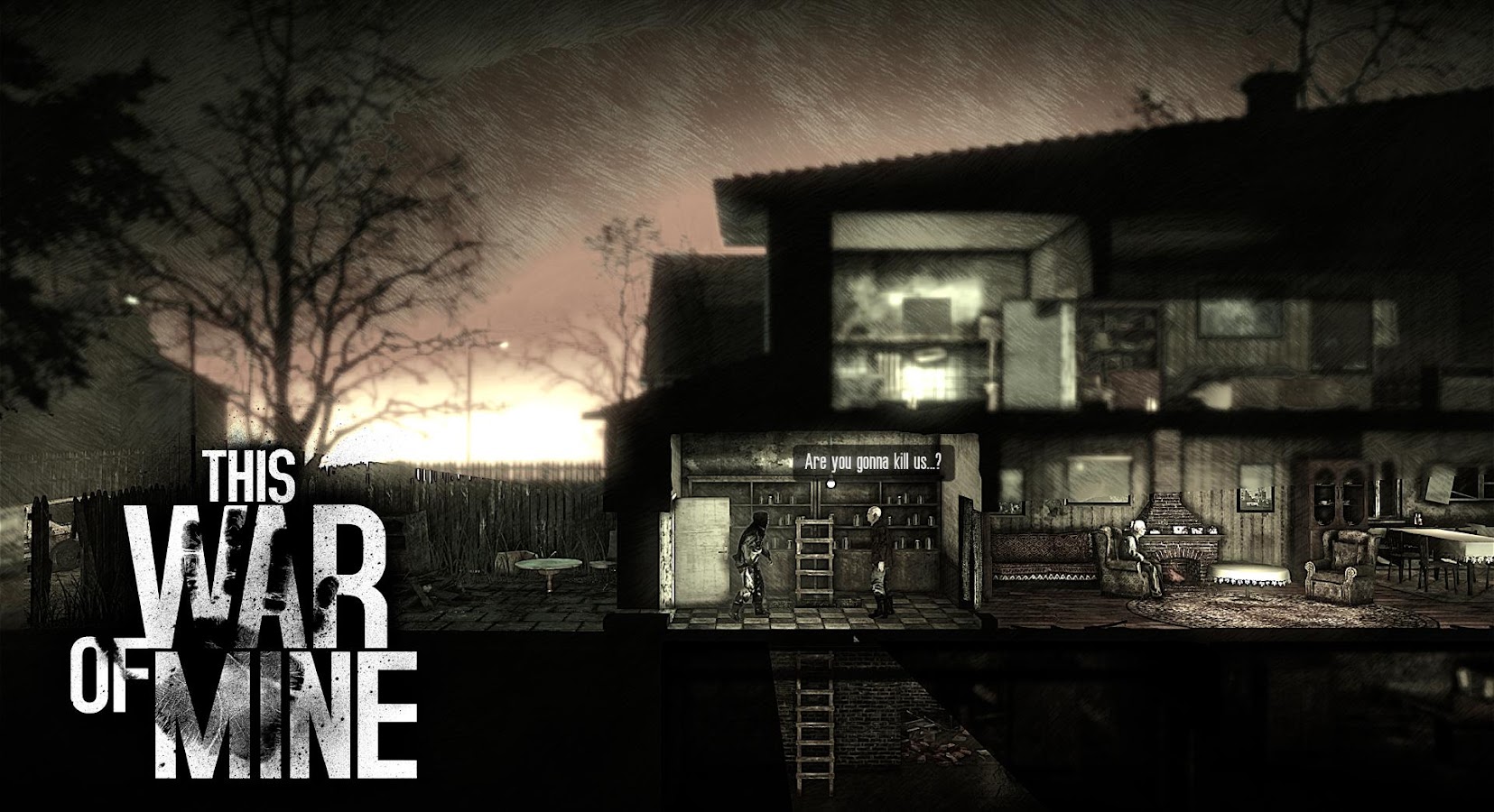 This War of Mine

This War of Mine is a survival-strategy game that really immerses you in its war-torn world. You control a group of survivors in an abandoned shelter that you get to explore to unlock new rooms and other secrets. The game is about survival, so you must gather supplies like weapons and food to survive, which you can only do at night since there are soldiers outside during the day that will shoot on sight. This means you must go to other people's shelters and other abandon places to steal or gather these supplies.

You will encounter other groups of survivors that can be hostile to you. You can sneak up on them and kill them with a stealth attack, which usually is an instant kill. When in combat with the other person, it is randomly generated who will win, meaning that you can lose or win the battle depending on your health and the weapon you are using at the time. Also, your character has different traits that can either help the group or negatively affect the group.

This game is an emotional experience that is worth picking up, and you should also check out its DLC, The Little Ones, which adds children to your group.

Did we forget to include one of your favorite underappreciated indie games? Let us know in the comments below.