It's Groundhog Day: Here are the games you could play over and over again

A long Winter or an early Spring doesn't really matter when you're spending the day playing any of these games with incredible replay value.
by Justin Andress

As most of us know (or are learning throughout the course of this sentence), this Tuesday is Groundhog Day, the day on which all of America crowds into a small town to scare the crap out of a poor giant rodent. It’s one of the nation’s grandest traditions for some reason. Also, whether or not Punxsutawney Phil sees his shadow or not absolutely, totally has a real impact on the weather.

At any rate, the best thing to come out of the silly non-holiday where we don’t even get the day off is a 1993 comedy masterpiece starring Bill Murray. Groundhog Day is the story of a selfish jackass who gets stuck reliving the same day, Groundhog Day, over and over and over again.

So, it’s in that spirit, in celebration of the twenty-third anniversary of Harold Ramis’ seminal comedy, that we present our list of the games you can play ad nauseum. Enjoy!

To be totally honest, every Bethesda entry in the Fallout series — Fallout 3, Fallout: New Vegas, and Fallout 4 — as well as any of the Elder Scrolls you can get your hands on. We only chose Fallout IV specifically because it’s the newest and, therefore, shiniest (unless you believe all those naysayers on Reddit).

Pretty much no matter how you like to play your video games, Bethesda’s Elder Scrolls or Fallout series are designed to be played the way you want them. First-person? Third-person? Running and gunning? Sneaky like a shadow? Sword and board? Liquidating everything that moves? It’s entirely your choice how you approach any of Bethesda’s incredibly detailed open worlds; your imagination is the limit.

Because it’s entirely possible that you’re stuck in the office today, you may be in need of a good mobile game. Or, if you’re the daring type (or you’re lucky enough to have a cubicle jammed in a corner somewhere), there’s always Threes! The exclamation point is part of the title, but I probably still would have added it.

The best part about Threes! is that it’s available for free in a browser, even though it’ll cost you if you want to play it on mobile. Totally worth it, though.

It’s simple: you move the cards around the board using the arrow keys or swipes, depending on your platform. Ones and twos make threes(!), threes and threes makes sixes, sixes and sixes make twelves, and so on. After the ones and the twos, only identical cards can be smashed together to make a larger number. The goal is to make as large a number as possible before your board fills up. It’s easy. It’s also incredibly difficult. In other words, it’s addictive as a game gets. Even if you’re not a huge fan of sports games, there’s something about 2K’s annual basketball series that will still get its hooks in you. The challenging, strategic gameplay is challenging, but fair, and you’ll find yourself feeling less like a player on the court and more like a general on the field as you guide your team to victory after victory.

For the customizer, NBA 2K15 has MyCareer mode, which allows players to create a single-player and guide them through their career. Of course, when you’re on the court, MyCareer doesn’t give players complete control of the team; instead, you’re responsible for making your player a valuable contributor while the series’ simply incredible player AI makes you feel like a real member of a team. It’s tense, it’s powerful, and it’ll keep you coming back.

Why wouldn’t you want to spend hours and hours on end just kicking around the state of San Andreas? Whether you’re boosting sports cars in downtown Los Santos or hunting down some meth in the decayed trailer parks of the Alamo Sea, the world of Grand Theft Auto V is one that’s never quite done revealing its secrets.

On the off chance you actually manage to scour every square inch of San Andreas, the game’s story provides several branching options that will provide at least a few new hours of gameplay each go round. Beyond that, Grand Theft Auto V’s mission structure is at its best in this iteration, which makes repeated playthroughs a joy, not a chore.

If you run out of all that, you can jump on Grand Theft Auto Online, design your own gangster and rise through the ranks. Don’t have new GTA money? Grand Theft Auto: San Andreas may not have the graphical shine of the newest iteration, but it’s a masterpiece that stands the test of time. Trust.

There are lots of first-person shooters out there, and lots of them have some multiplayer you can get down on. Call of Duty, Battlefield, all those games provide something of a rush to gamers across the world. And that’s good for them, but running forward and shooting at people gets real old, real fast… unless you’re dual-wielding automatic shotguns and mowing down wave after wave of enhanced Nazis.

For new iterations on the story — if not the gameplay — there are diverging paths in BJ Blazkowicz’s story that rely on the player’s choices, and the story itself really is worth paying attention to (a real rarity in the FPS universe). The real replay value, however, comes in the different manner of gameplay styles that players can use to murder the Nazis in their path. Stealth or straightforward, the number emergent gameplay possibilities are surprising, and no two playthroughs come out quite the same way. 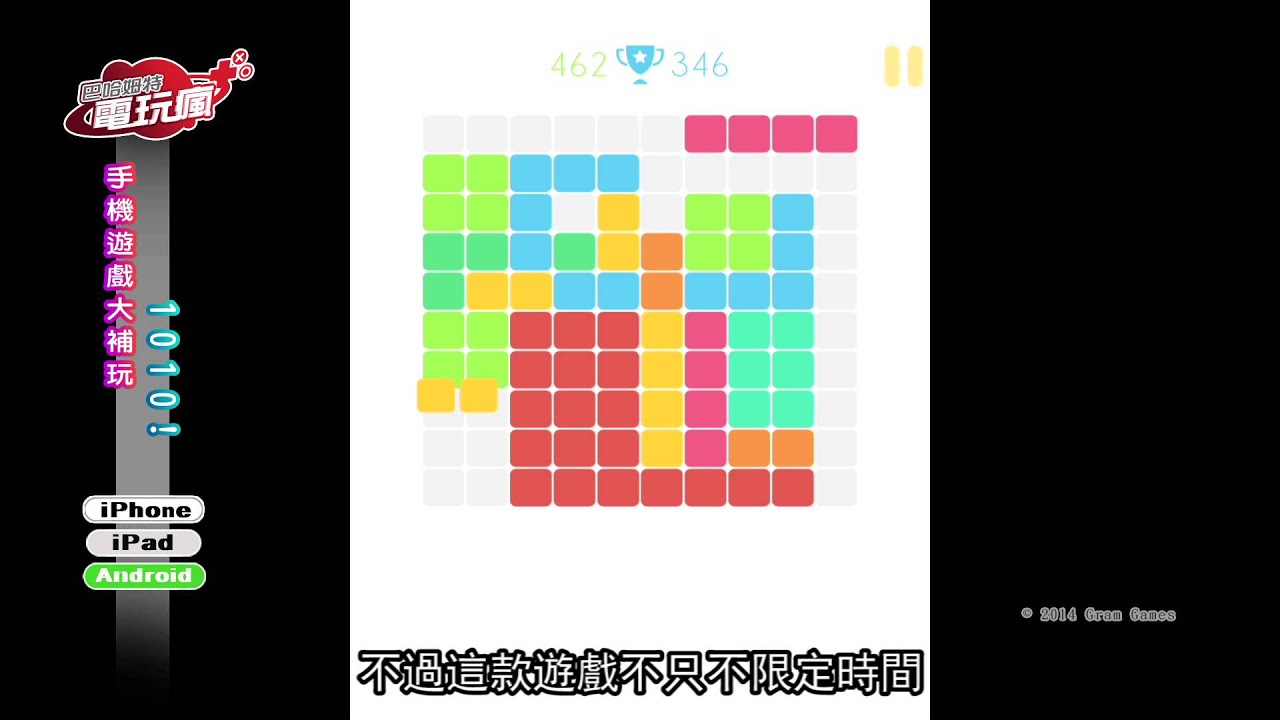 Are you a fan of Tetris? For most gamers, that’s pretty much like asking, Are you a fan of oxygen? If you’ve been unable to find a solid Tetris clone for your mobile device, well, 1010 isn’t it. What it is is a game that takes the basic concept of Tetris — using geometric shapes to create complete lines on a board — and turns it on its ear.

In 1010 (which is free, by the way), nothing is falling. Instead, players have the freedom to place their random shapes anywhere on the board they see fit. However, a wider variety of shapes and sizes and the burden of total control make for a fun, addictive gameplay experience that’s perfect for a commute. It’s easy to learn but challenging in a way that’ll have you humming “Korobeiniki” like the good old days.

If you have a Wii U, you can build your own Super Mario levels, share them with other players, play other people’s levels, etc.

If I have to explain why that’s awesome, if you’re not currently considering dropping $300 on an otherwise useless console, you need your gamer credentials revoked.

I don’t know what the heck was going on with the plot of Metal Gear Solid: The Phantom Pain, and I suspect there’s a larger number of people out there who are on my team than will freely admit it. The game’s story was weird, unrewarding, and annoying for any series newcomers.

But, man, was Metal Gear Solid V fun to play. Once you get the opening series of whatever that was out of the way, it’s just a matter of getting the hang of things before running missions through the huge militant playgrounds of Afghanistan and Zaire are a blast, no matter if you like to remain unseen or you really like to blow crap up. It’s like Rambo: The Video Game. 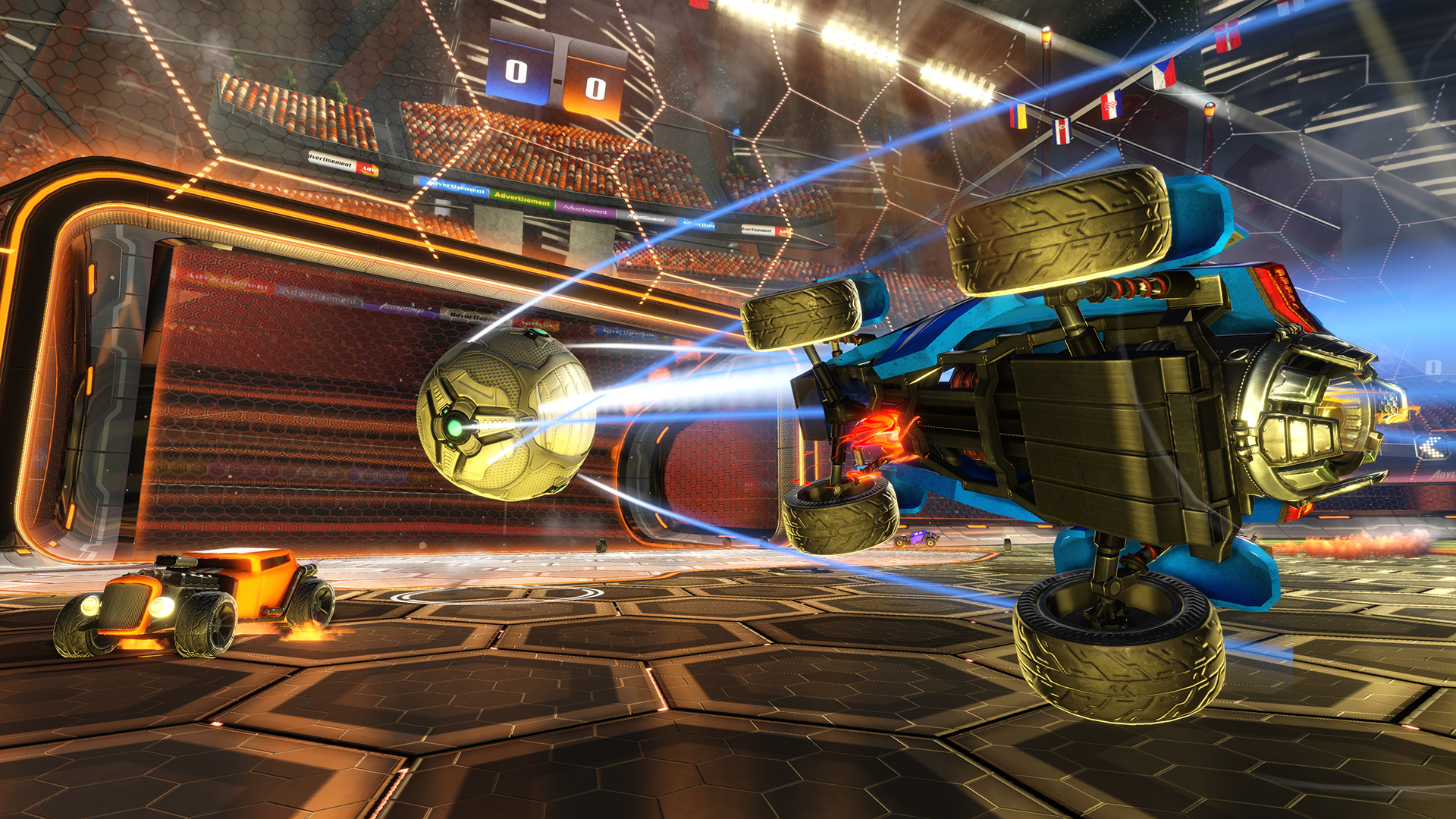 What do you get when you cross a demolition derby, soccer, and multiplayer competition? You get a soccer game that involves insane acrobatics, bone-crunching car destruction, and the kind of endless desire to succeed that can only come from that magical barbecue sauce of rage and adrenaline.

It’s easy to pick up, but tough to succeed, and the variety of players behind the various wheels are generally just a good bunch of people there to play soccer Mad Max-style. Obviously, there are, you know… those players. But Rocket League is a special mashup of game styles that’s worth a few a-holes. 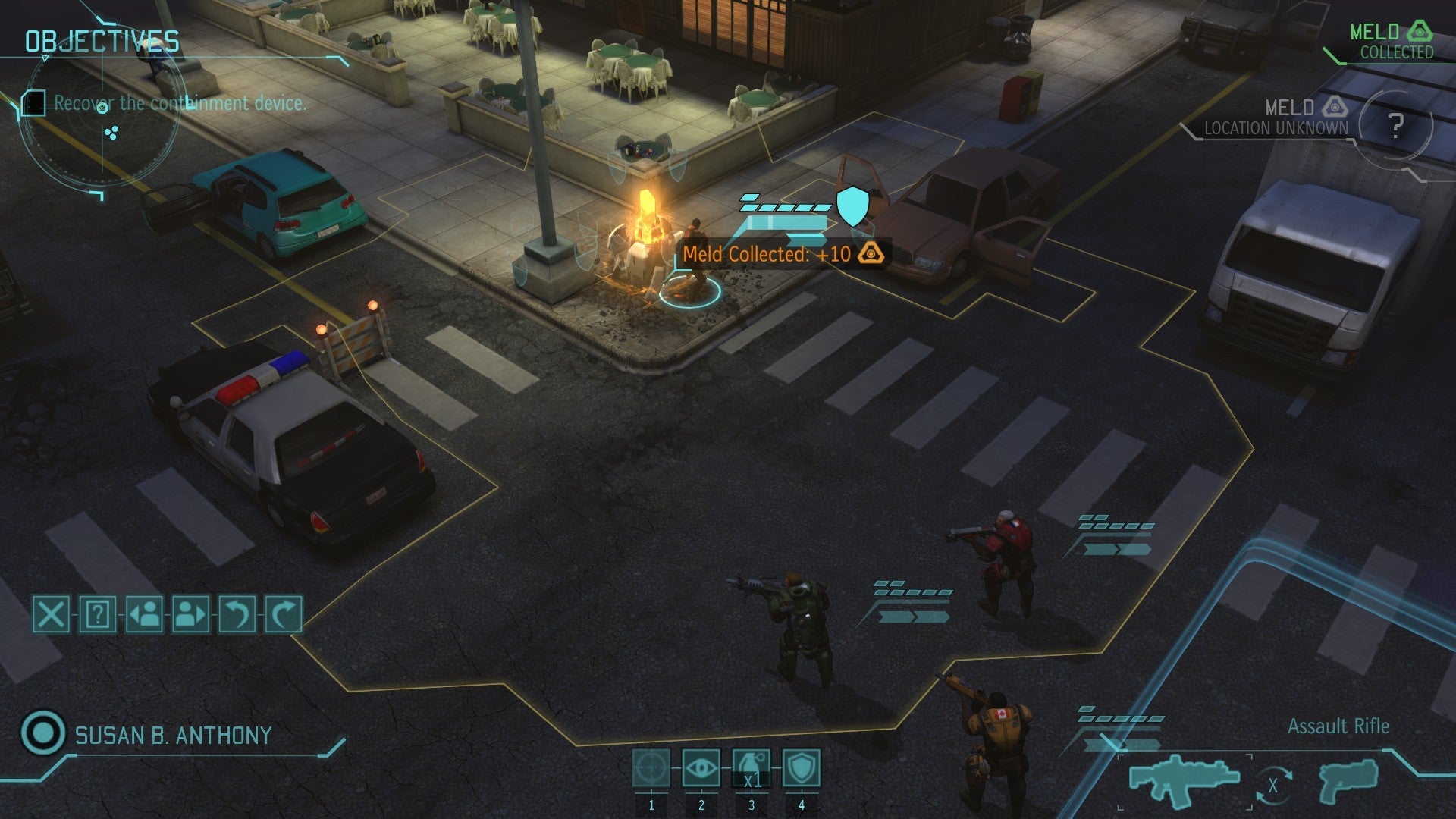 As the world prepares for the inevitable goodness that will be XCOM 2, take a visit to the previous entry in the series, the DLC-enhanced XCOM: Enemy Within. The original release, XCOM: Enemy Unkown, tasked players with fending off an alien invasion with a minimum of resources (and a maximum amount of skepticism from your funding countries).

As the leader of a small international military force, you’ll meet the enemy on the ground in a series of procedurally generated levels, you’ll research new technology, train your soldiers, and endure permadeath when your leadership fails. It was an unforgiving joy in which victory was won in inches.

Then, Enemy Within came out and added a competing agency, mechs, and superhumans to the whole swirling mix. You know, just in case dealing with budgets, new tech, base expansion, and soldier advancement wasn't enough. Even better, these days XCOM: Enemy Within can be played on pretty much every platform under the sun. If you’re a fan of turn-based combat and a game that reinvents the levels on each new play-through, then XCOM is the game for you.

Okay, So What Did We Forget?

Across genres, there are games that provide hundreds of hours or gameplay, games that require multiple choices, and games that have simply perfected the perfect gameplay loop.

So, which ones did we forget, and exactly how upset are you that we were so thoughtless?