How Battlefield 4 surpasses and fall short of those that came before it.
by Justin Everson

Battlefield 4 is the newest addition to the long established Battlefield franchise. Battlefield 4 offers moments of intense exhilaration and of utter frustration. But in the middle of it all lies the question: is it worth playing? While I can't decide that for each of you, I can give you 3 reasons to love, and 3 reasons to hate, Battlefield 4.

Battlefield 4 steps up its game in the graphics department. No matter whether you're driving a tank through a building, flying a jet over the battlefield, or sprinting through a prison corridor, you're going to look good doing it. Every time I play, I'm still taken back by the graphics. The game is simply stunning when it wants to be. When something explodes you can see the debris, big and small, fly from it. When a tank explodes into a burning wreck you can see the detail put into it. Battlefield 4 is in a league of its own, and leaps and bounds ahead of its predecessors. 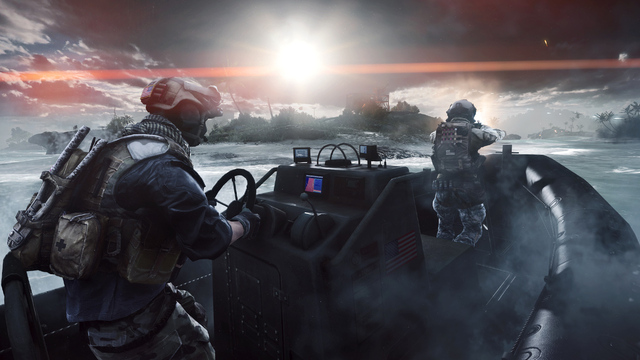 Battlefield 4, simply put, is superior to any previous title in the franchise in terms of customization. Never before have we had so many weapons, attachment options, vehicle upgrades, camos, or creative devices (such as the emblem system). While admittedly the system is not perfect, the battlepack system can leave a bit to be desired, it is by far the biggest step forward we've seen to date. 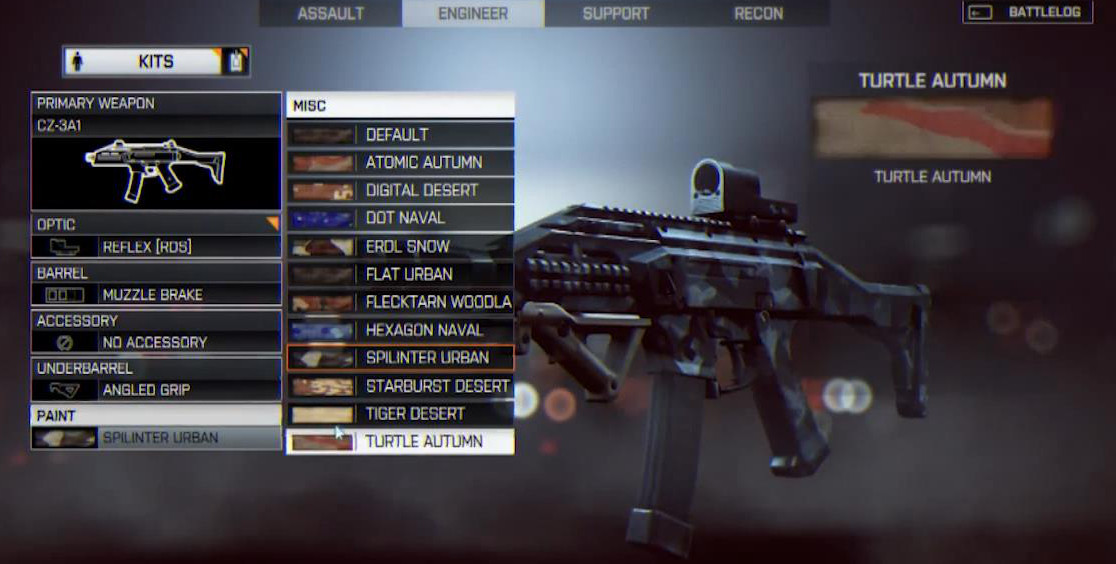 Bugs, Glitches, and the Netcode

While no one expects a game to launch without glitches (which raises the question: when did it become ok to make broken games? a topic for another time), but when those glitches are game breaking, it becomes an issue. Servers crashing, the game kicking you for no apparent reason, client crashes, and much more await you in Battlefield 4. The only upside I could find is that at least Punkbuster isn't the worst thing about Battlefield anymore. Just wait there's more: if your game holds itself together long enough, the netcode will have you screaming and contemplating the trajectory of throwing you monitor out the window. The netcode allows enemies to kill you before you can see them, their bullets to hit you after you round a corner, and allows vehicles to gun you down after you've run into a building. On top of all this are far reaching audio bugs, random screen freezes, and the lack of optimization for the game. While I always expect problems with a game's launch, this degree of buggy-ness presents a serious issue for the game's future.

You might say that people don't play games like Battlefield for the single player. Usually I would agree with that sentiment. However the Battlefield 4 single player makes enough mistakes that they simply can't be ignored. The single player in Battlefield 4 gives you the illusion of more freedom by removing the scripted events for the most part, but in reality you are still being led down a very linear, predictable, and relatively boring series of events. Again we have several squadmates forced unwillingly upon us. Squadmates whose intellect makes rocks look like Molecular Biologists in comparison. They will willingly watch as an enemy runs up and mows you down, they can't shoot anything until you tell them too, and then have a cooldown for some mysterious reason. If I have to hear Irish complain about the fact that he has to breath air one more time I'll hurl my character off the ship. The characters in the single player campaign are boring, predictable, and shallow enough to become an issue.

Battlefield 4 falls short in a few key areas, ones that while not game breaking still matter. First on this list is the Platoons system. Not only is this system not even in the game at this point, but the responses as to when it will be added were a nebulous "In early 2014". Ok so I guess we'll see them just before the next Battlefield is ready to launch. Platoons are a great way for players to organize with their friends an add a sense of camaraderie that is badly needed in a game like Battlefield, so their absence is sorely noticed. I would also like to mention the Veteran status delays. In previous titles you were rewarded for having played other battlefield titles. For example in Battlefield 3 I got the M1911 pistol right off the bat for being a veteran of the series. Veterans were promised a special battlepack as their veteran status reward in Battlefield 4. Now almost 2 weeks after the games release we have yet to receive our promised rewards, and EA's response to this is along the lines of "we're working on it". All of this coupled with a delay of patches and bug fixes is sending a mixed message to fans of the series.

Our Rating
8
How Battlefield 4 surpasses and fall short of those that came before it.

Avid gamer and writer. I work and live in China 11 months out the year, but still get to play all my games. I am most interested in how video games affect modern culture, and people from around the world.