VR is the next big thing. But what about one of gaming's biggest segments? How will VR impact MMOs, if at all?
by StraightEdge434

Whether you fully embrace the concept of VR or choose to dislike it, it is simply the next big thing.

Just this past month, Sony released the PSVR, and will continue to support the project in the future. The same can be said about VR for Xbox and PC, since they too will release titles that particularly look to take gaming to a new and, perhaps, wonderful frontier.

Of course, the concept of VR is fascinating to say the least. This illusion that you are in the game itself and have the ability to interact with almost anything is a gamer's dream come true. As a result of that, the possibilities are endless. From being on the battlefield as a soldier to exploring the wasteland, games can take place anywhere, anytime -- while truly bringing you along for the ride.

However, there is one question that begs to be answered... Could MMOs work in virtual reality?

The Good of VR for MMOs

MMOs are open world/exploration games that allow thousands, if not millions, of players all around the world to interact with one another, embark on quests and adventures and set out on journeys all around a game's world. Now of course, most, if not all, MMOs are in third-person. And VR is mainly in the first-person. Can such a concept as a VR MMO actually work?

Personally, I think, "Why not?" Theoretically speaking, it'll still be the same game, but you'll be in the first-person POV, and you'll be able to control all of your avatar's movements. Obviously, the joysticks (or whatever controllers the VR headset will require) will be used to interact with items, battle, etc, but basically, imagine yourself being in some foreign and mystical land and looking at it from your very own eyes. Now, that's something to wander in excitement about! I mean, think about playing WOW, SMITE or SWTOR's Knights of the Eternal Throne using VR?

The Bad of VR for MMOs 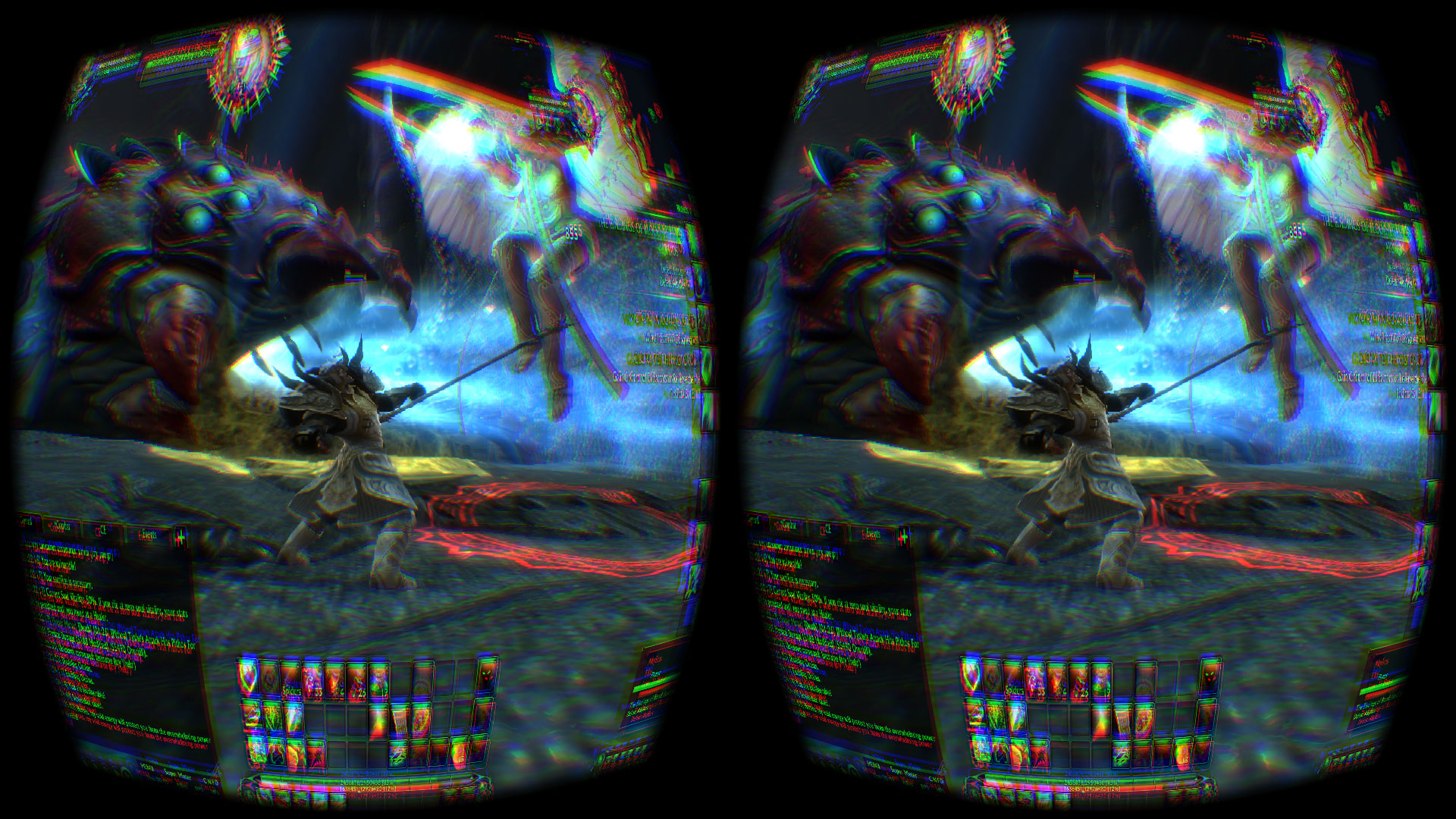 MMOs are very large and diverse games. As stated before, thousands of players will be able to come together at the same time and enjoy the game. Now, if everyone is doing that in VR, are there some any potential problems that could occur? Sure. Here are some that come readily to mind:

The Ugly of VR for MMOs

MMOs require a lot of traveling. Think about it. Will there be enough room for you to freely move around and expand your arms and legs in order to fully interact with the game?

One of the biggest problems with VR is the space that's around you. Obviously, if you have a controller, then there is no problem. But, what if an MMO title requires for you to move around? That could be a huge problem, and if you don't have enough space in your room for that, then there is no way to resolve such a situation.

Full VR haptic rigs still aren't really viable (although they are coming along), and even so, the set up of such big and clunky rigs (oh, you know they'll be big and clunky) just might not be viable for many consumers. Of course, we'll have to wait and see, but range of motion and freedom of movement restrictions could make MMO VR (and really any VR) a little be, well, ugly.

Putting it Into Perspective

Needless to say, there is always hope. If MMOs are to become reality in VR, it will be a tremendous step forward for the game industry as a whole. The possibilities are endless.

Currently, Sword Art Online is in development as a potential VR game. If everything works out, then it will truly be a very impressive title, potentially being the first VR MMO to be ever released.

It's heartening to see what's going on in the virtual gaming space, but all we can do is wait. Who knows what the coming years have in store.

Long time gamer (15 years+). Most favorite title is either Legend of Zelda: Ocarina of Time or Majora's Mask. Prefer single player games to multiplayer games, but occasionally play them as well. Proud owner of N64 and Nintendo SNES.