The recent Cunning Stunts update brought players 27 new stunt races with a host of new vehicles and the option to create their own courses as well.
by Joshua Harris

Rockstar Games recently released an update for Grand Theft Auto alongside the "Cunning Stunts" and "Entourage" DLC. This recent overhaul of "Cunning Stunts" brought with it 27 stunt races with a slew of vehicles catered specifically to these thrill-seeking courses in addition to the 13 vehicles and 16 courses released in the primary update.

The recent update brings with it a Stunt Race Creator, giving the option for millions of players to build all the impossible, physics-defying, and silly races they could ever want. The newest GTA Online Creator tool has new features that allow players to snap and stack objects together with precision, split checkpoints in branching points, and hundreds of new stunt props. Rockstar was kind enough to provide players an instructional guide to building stunt Stunt Races in addition to setting up a Creator Guide Series with their GTA Social Club. 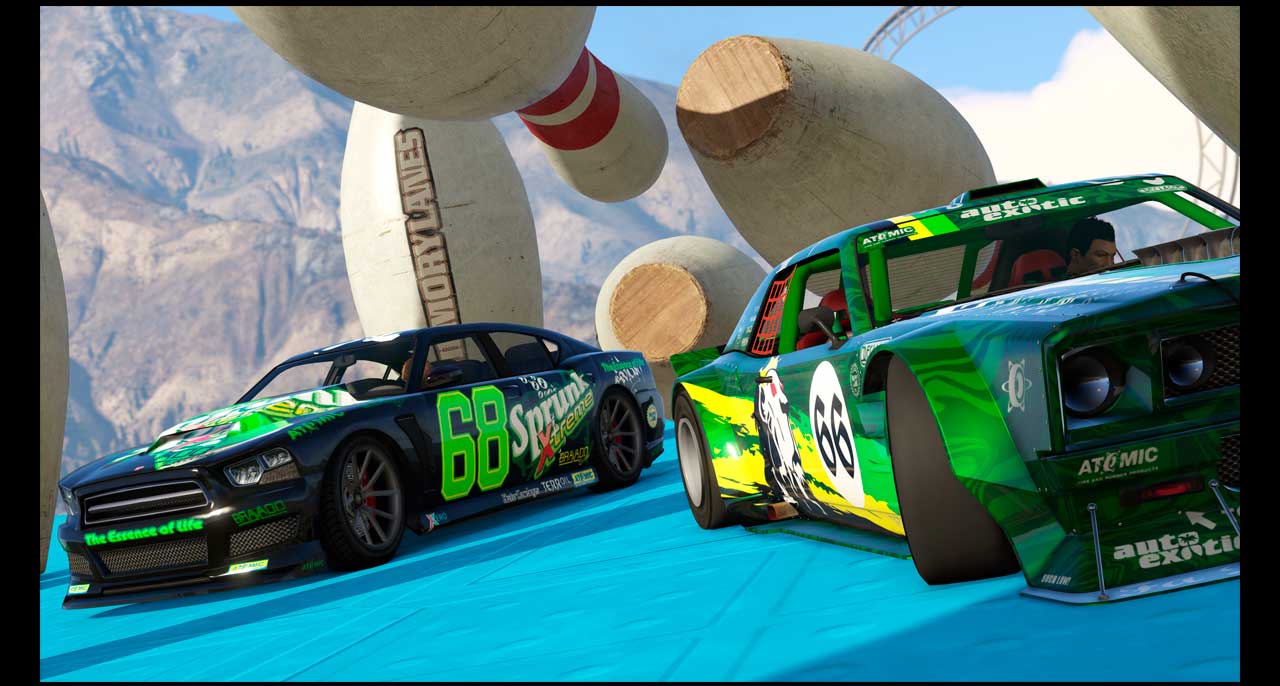 In addition to their "Cunning Stunts" update, GTA Online also received a change to its "Entourage" mode, allowing for players to employ bodyguards that will "transport a well-armored and armed Target to a designated extraction point" while fighting off the opposing teams players, who have been dubbed as "Assassins". Luckily, when players are vying for their respective extraction points, only the Targets and their Assassins are visible on their mini-maps, making online play much more tidy and player-friendly.

Rockstar is also offering players double GTA$ and RP in the "Entourage" game mode from August 2-11, and in-game deals on "Cunning Stunts" clothing.