5 games that could become eSports in 2016

1 of 6
Next
by Kevin Cobban

2015 was a big year for eSports. League of Legends broke viewer rating records, while Dota 2's International tournament held the largest prize pool seen in eSports history. Even big networks like ESPN are airing eSports tournaments. So we can expect even more success in 2016.

However, 2016 eSports will be much different with the return of team-based FPS.

According to other major video game publications, FPS will be the next big thing in eSports in 2016. So keep reading to see which 5 games could take the eSports scene by storm in the coming year.

From the developers of Borderlands, Battleborn combines the fast-paced action of a FPS with the champion-based team fighting that we expect from MOBAs. Gearbox is also bringing in RPG elements, such as skill trees and field upgrades, to make matches even more dynamic.

Right away, the game seems to have all the qualities of a successful eSport.

Players will get to choose from 25 unique characters. Each character has their own leveling system, which unlocks new skills and skins, as well as a commander leveling system that ranks up player profiles. Also, players can level a character from level 1-10 in just one round of multiplayer. Thus, players will be able to focus more on learning roles, rather than grinding out a few champions to max rank.

In addition to unique builds and champion variation, Battleborn seems easy to learn and rewarding for new players. Even new players will feel satisfaction as they kill minions that spawn around of the map, or build turrets to help defend their allies. Battleborn will be accessible for players of all skill levels, which is essential for any eSport game.

However, unlike LoL, Heroes of the Storm, and Hearthstone, Battleborn isn't free. The game costs $59.99. It will be interesting to see if Battleborn can compete with cheaper multiplayer games coming out this year.

Out of all the games on our list, Overwatch is most likely to become a successful eSport. Developed by Blizzard, Overwatch is the companies first FPS and it is already getting a ton of attention.

Rather than a traditional FPS like Call of Duty, Overwatch is all about team-based combat. Player get to choose from 21 heroes so far, and each player has a specific role to fill. Winning is all about creating a balanced team to control objectives. No doubt Blizzard took inspiration from Team Fortress 2.

In an interview with PC Gamer, Game Director Jeff Kaplan explains the team's approach to Overwatch, and why it will most likely become the next big eSport.

"When we announced the game we focused on letting everyone know that approachability was first and foremost what we cared about, we wanted to make a game that was very welcoming to as many people as possible and not sacrifice that approachability by forcing a competitive eSport environment on the game as a whole."

So it is not so much of a question if Overwatch will become an eSport, but rather how big of an eSport will it become.

Paladins: Champions of the Realm

From the makers of SMITE -- an already successful eSport -- Hi-Rez is bringing out a FPS of their own this year. But unlike Overwatch, Paladins focuses on objective-based combat.

Paladins is all about objective control. In this video, two teams are fighting over control points. Whichever team controls the point gets a siege machine. Both teams must work together to either protect or destroy the machine, and whoever destroys the enemy base first wins.

One of biggest reasons why Paladins will be an eSport is just how easy it is to watch.

In just five minutes of watching, I already understood the objective of the match, how to level up a character, and how to tell who is winning. Being able to understand the basics of a game by watching it is crucial for eSports, because viewers need to understand what is going on in order to feel involved. Plus, there is always something to do in matches so it makes the game fun to watch.

Although Paladins is still in beta testing, players can purchase the Founder's Pack for just $19.99. Seems like a great deal for what you get.

Get ready for another MOBA this year with Paragon. Instead of combining other game genres like we saw in Battleborn, Paragon will be a traditional MOBA with three lanes, a jungle, minions, and towers -- but with from a third-person perspective.

However, what sets Paragon apart from other MOBAs is its immersive environment and current-gen graphics.

MOBAs like LoL, SMITE, and Dota 2 have always been behind when it comes to visuals. But Paragon is setting a new standard for the genre by designing the game with the Unreal 4 engine. All it takes is a few seconds of gameplay to see that Paragon will be a beautiful game.

Furthermore, the developers wanted to enhance the environment by adding real elevation. Players will be able to climb hills for a better shot, or gank from below in the jungle. Elevation will add a new level strategy.

Perhaps the updated visuals and immersive environment will be enough to turn Paragon into a successful eSport.

This may come as surprise to some, but Street Fighter V has revived fighting games. There was so much hype around the game's release in February, and the reviews are overwhelmingly positive.

The developers stripped the series to its core and rebuilt the game with eSports in mind. It's still the same Street Fighter that fans love, but SF5 is easier to learn and more accessible to new players. Also, Capcom increased their tournament earnings to $500,000 in 2016, which will help grow their competitive scene. 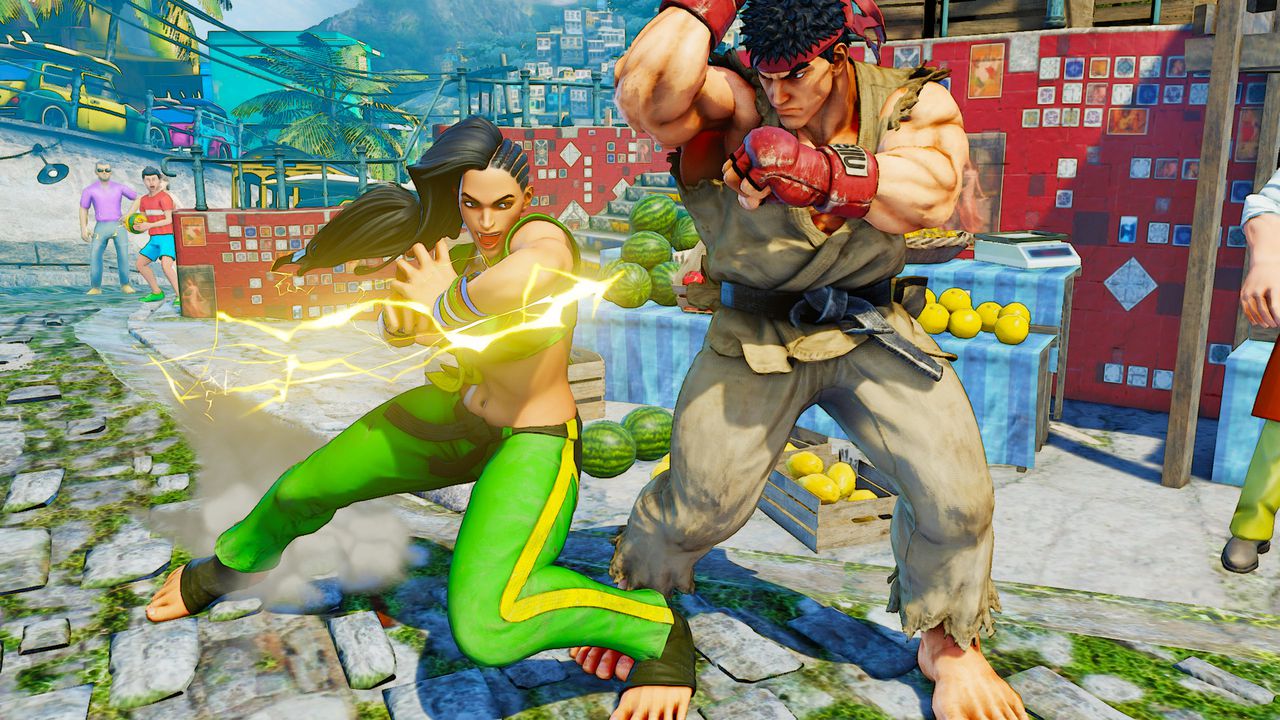 That wraps up our list for games that could become big eSports in 2016. Each game looks great so far so it should be interesting to see who comes out on top this year. Let us know in the comments section which of the games you plan on playing, or of any game you think could be on this list.