The 8 Best Worlds of Kingdom Hearts

The 8 best worlds of the Kingdom Hearts series so far.
by Noor Sami

Rumor has it that Square Enix will reveal a brand new trailer for Kingdom Hearts III at E3, and hype for the series is building up again. We have learned a bit about the new worlds that may show up, including ones inspired by Tangled and Big Hero 6. However, there's still no official release date. To tide us over until we get some real news, let's take a trip down memory lane and look at the best worlds we've gotten from the series so far.

The Destiny Islands show up in a number of games, but they’re only playable in Kingdom Hearts. They serve as an introduction to Sora, Riku, and Kairi, and when the game starts, all they want to do is get away. It’s a relatively simple world, enjoyable as you engage in friendly competitions and try to build a raft to run away. There’s the added mystery of the door, surrounded by their childhood drawings. The world is mostly memorable because when Sora leaves, he misses it. Along with Riku and Kairi, the Destiny Islands are mentioned again and again. There are times when all Sora wants is to find his friends and go home, when in the beginning all they wanted was to leave and find adventure. That’s a little bit like life; maybe that’s why it resonates so much.

Cute. That’s probably the best way to describe the 100 Acre Wood. The fact that you enter it through a book is cool enough, but the best part: no fighting. It’s an entirely game-based world that serves as a nice interlude between tougher, battle-oriented worlds. You can help Winnie the Pooh get unstuck from Rabbit’s door after he eats too much honey, or race against the clock to see how many of Rabbit’s vegetables you can push into the ground by Tigger-hopping all over them. Not to mention the neat addition of the animation that mimics the 2D appearance of a storybook until you hop into a scene. It’s a mostly lighthearted world, and that’s nice—at least until Winnie the Pooh decides to spout something philosophical. Timeless River of Kingdom Hearts II, accessed through the Hall of the Cornerstone in Disney Castle, is a cleverly-designed world. Entirely black-and-white, it’s made to look like you popped right into a cartoon from the 1920s, complete with starburst effects every time Sora hits something with his Keyblade. The games Sora and friends are subjected to are rather bizarre and vaguely trippy, if we’re being honest, with a different scene taking over every time you jump through a window. Overall, it’s a unique and memorable world that inspires a certain nostalgia for traditional animation (although Pete, originally from Steamboat Willie, gets pretty annoying pretty fast).

Three words: you can fly. The world of Neverland from the first game is enjoyable enough without that particular addition. Its pirate ship setting boasts plenty of trapdoors and a snazzy captain’s cabin. Battling pirate Heartless and later Captain Hook himself, with his spinning and jumping, is a fun challenge. But it’s the flying that really makes this world memorable. You can glide to the highest rafters and around the ship’s deck, making you a good match for Captain Hook, who might as well be flying with how quick he moves. The ability to fly makes battles that much more interesting. Plus, there’s the lovely addition of the Clock Tower and its hourly treasures at the end, as well as the Phantom Heartless you can return to fight later. When talking about the best worlds of the Kingdom Hearts series, Space Paranoids cannot be left out. Found in a Radiant Garden computer in Kingdom Hearts II, they’re modeled after the movie Tron. They boast a gorgeous soundtrack and some fantastic battles. The Game Grid, where Sora races and battles on a Light Cycle, is particularly memorable. Tron and the MCP are enjoyable characters. Ultimately, it’s a clever setting that holds a lot of surprises for the player.

Olympus Coliseum is an incredibly fun world to maneuver. The battles with Cerberus in both Kingdom Hearts I and II are fairly enjoyable, as is the Hydra and its regenerating heads in the latter. The best part of the world, of course, is the tournaments. Returning to Olympus Coliseum over and over to test your battle skills by facing old and new enemies really pushes you to improve (even if only so you can receive the tournament rewards). The larger extent to which you can explore different parts of the world in Kingdom Hearts II and Birth by Sleep makes it even better. And the fact that Auron from Final Fantasy X temporarily joins your team in the former is the cherry on top. Twilight Town shows up in Kingdom Hearts: Chain of Memories and Kingdom Hearts 358/2 Days, as well as Kingdom Hearts II. It’s a scenic, sleepy town that absolutely bleeds nostalgia. The entire introductory period of Kingdom Hearts II is spent playing around with Roxas and his friends, earning money for a beach trip that never happens. Throughout the time spent there, you’re acutely aware that it’s not permanent—not only through the brief glimpses of the so-called DiZ and Ansem discussing the fact that Roxas’s Twilight Town is only a virtual creation, but also through Roxas and his friends themselves. Summer is ending and they are hit with the sudden realization that they won’t be together forever. The constant sense of impermanence lends itself to the overall beauty of the world. (And let’s not forget you can hop on conveniently-placed skateboards whenever you’re too lazy to walk.)

1. The World That Never Was 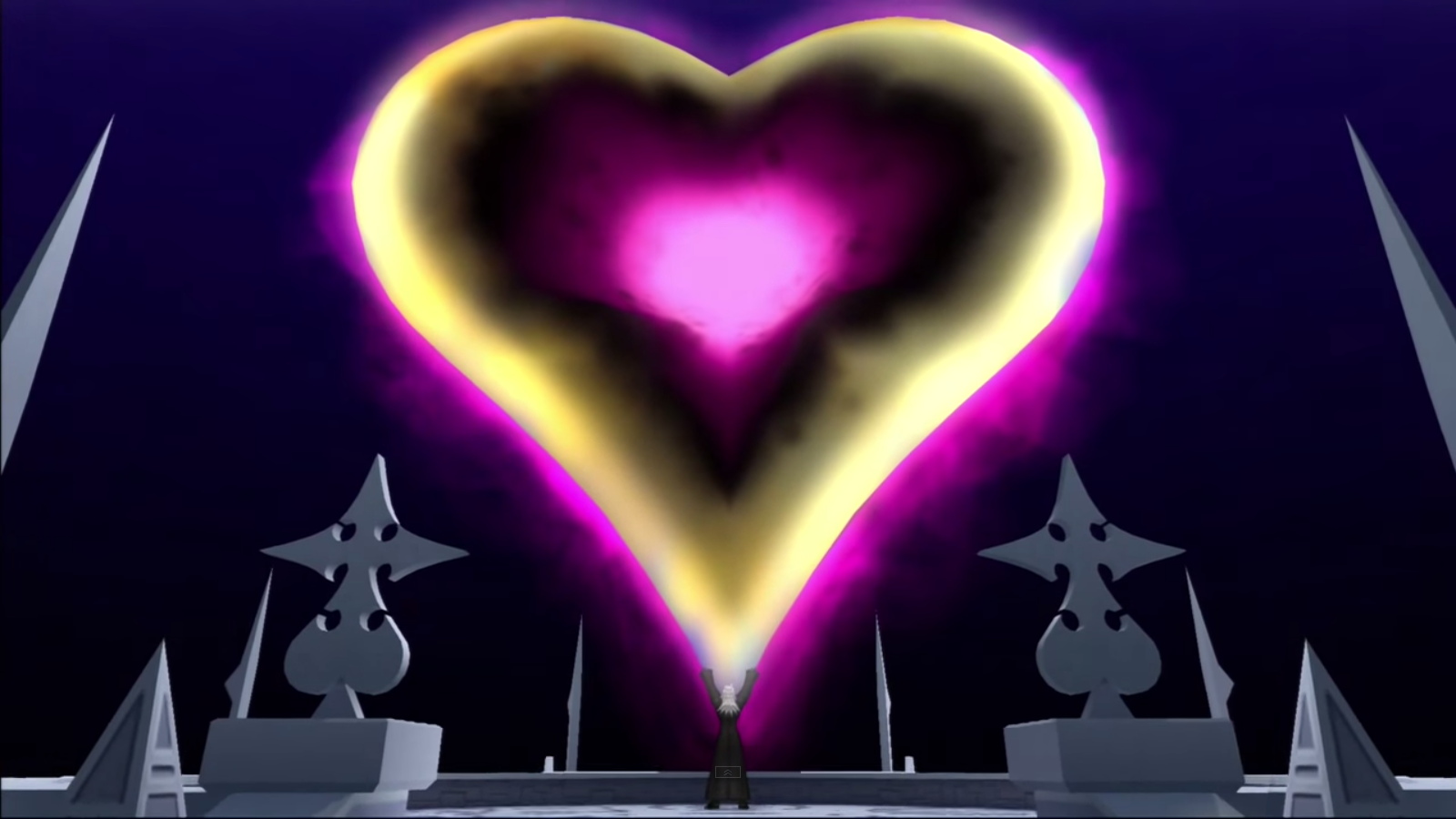 And finally, The World That Never Was. Kingdom Hearts II’s The World That Never Was boasts some of the most gorgeous music of the entire game. Aside from its lovely soundtrack, the setting of the Dark City with its empty buildings and bright signs is oddly haunting. Sora finds his way up to the Castle That Never Was, another setting with a number of passages and rooms. As a culmination to the game, this world hosts a number of difficult and distinctive battles with well-known enemies. Not only is the world’s storyline fascinating, the soundtrack and setting are striking, making it one of the most memorable worlds of the series.