Preorder Sea of Thieves and Get Your Fair Share of Loot

Come get some amazing booty with the Sea of Thieves preorder.
by Nicolas Entrabartolo

Yarr, it's time for some premium loot! Sea of Thieves doesn't come out until March 20th, but that shouldn't stop you from looking for exclusive treasure in the meantime. Here is what you should know for a fair chance at loot!

Microsoft is not offering a limited or collector's edition of Sea of Thieves, but you can order a limited-edition Xbox controller, decked out in all the pirate loot you could desire. This controller is to be released separately from the game itself on February 13th this year. But if you do preorder the game, you'll receive exclusive in-game items in the "Black Dog Pack" and access to the closed beta. 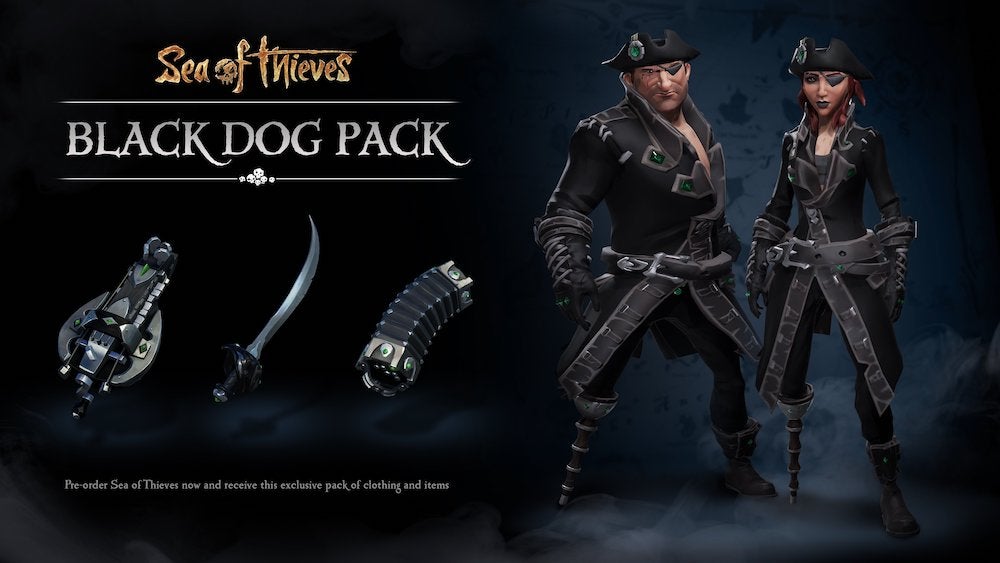 Sea of Thieves is a new multiplayer game developed by Rare and produced by Microsoft Studios, taking an action-adventure route to the exploring genre. You'll travel or battle with other players for treasure and booty on the high seas, and you'll command ships, brave perils, and unlock your inner pirate with exploration and tactics.