Reboots Should Exist (but Need to Be Done Better)

Sometimes you shouldn't fix what isn't broken, but other times a restart is necessary.
by Elijah Beahm

It's only a few weeks since EA unveiled the first few details about their Star Wars: Battlefront reboot, and like many fans, I was more than a bit on edge about the changes. I mean, no space combat, Instant Action playlists, or Galactic Conquest mode? It sounds almost unrecognizable beyond being set in the Star Wars universe. Even now, I won't deny my skepticism, but that's tempered by something I've realized over the past few years.

Reboots and reimaginings are not inherently bad, but they need to be better.

Why do I say this? Because I've seen plenty of great new twists on established franchises get thrown to the curb just for being different. Syndicate, The Bureau: XCOM Declassified, Lost Planet 3, DmC: Devil May Cry, and more all either got ignored or shunned by their respective fanbases. It didn't matter if they were true tributes to the source material, compelling in their own regard, or just solid experiences. "It's not X game" in the fanbase's eyes; it is 'bad'. Because a developer giving a title a new spin is somehow terrible?

I often hear the argument that the "name" matters more than the quality of the game itself. Sales figures agree with this to some extent -- otherwise some games like Star Wars: Masters of the Teras Kasi would never have left the store shelves. Yet, no one had trouble admitting Tomb Raider: Angel of Darkness was terrible, and it still carried the Tomb Raider name. Really, when you think about it, should we put so much weight in a name alone? 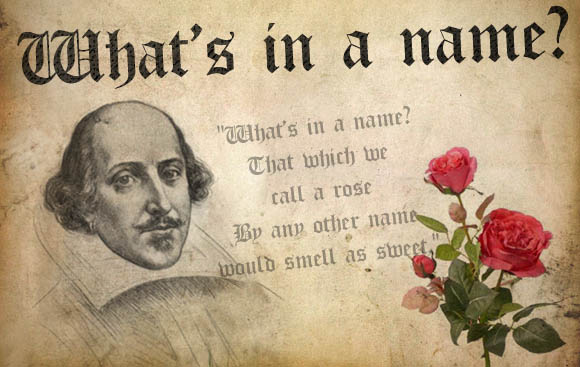 Realistically, a name only means it is associated with a franchise. For example -- there's an Uncharted trading card game on PS Vita. Uncharted is traditionally a linear third-person shooter with a heavy emphasis on set pieces, so the connection is tenuous at best. Yet, people enjoyed it, because it still generally fit under the theme of "risking it all" for "treasure." Why is this a one-off case?

For example, Syndicate might be a first person shooter this time around, but it is layered in references and tonally consistent to that of the original game. The co-op, in particular, takes heavy reference, and the levels and upgrade system are designed around ideas from past series entries. The only difference was that instead of being an isometric shooter, it was first person and had a heavier action focus.

The new title wasn't Syndicate: Farm Simulator. It is as much tied to the original game as Syndicate Wars is. It would actually be less genuine to the franchise if it had been a turn-based game, or a puzzle game. Contrary to popular belief, some genres have improved since the '90s.

Where DICE's Battlefront Fits in

So, with all that said in mind: should I really be so hard on Star Wars: Battlefront? And before you say "yes, because EA!", just stop and think about if any other publisher was handling this. Like, what if 2K was handling this? There'd still be a season pass, platform exclusive DLC, and more. The game would still be in the hands of a new team with a new idea of what it means to be a Battlefront game. The EA argument only goes so far as the comments section; let it stay there and focus on the real problem.

That problem being, we are dealing with a dev team who have a fundamentally different perspective on what makes a fun shooter than Pandemic did in the early 2000s. These are people who are used to and in favor of modern trends. That doesn't necessarily mean they're going to ruin Star Wars: Battlefront, but we all knew that it was extremely unlikely it would just be a straight sequel. A straight sequel would have been Free Radical's Battlefront III, and we all know how that went.

What we should be concerned about is not simply if it "counts as a Battlefront game," but whether or not it is a damn good game on its own merits. If DICE produces a solid Star Wars shooter that I can spend hundreds of hours in, then I won't care if it is different. I have GameRanger and my copy of Battlefront II if I need an old school Battlefront game.

Now, this isn't to say everything is sunshine and roses; being hesitant over reboots is perfectly understandable. For every DmC: Devil May Cry, there is a Bionic Commando. For every Lost Planet 3, a THIEF. There are even the most truly unnecessary of reboots and reimaginings, like Bomberman: Act Zero. We've seen how truly bad a rebooted franchise can be, and we can do better.

We've seen how truly bad a rebooted franchise can be, and we can do better.

Not everything needs to be rebooted.

When considering a game from a reboot perspective, we must consider what it is doing with the IP. As I said, Syndicate is directly tied into elements of the original game. By contrast, 2013's Tomb Raider dropped almost all the puzzle focus of Crystal Dynamic's Tomb Raider trilogy and instead turned it into a survival-shooter.

Combat in the past Tomb Raider games was the least notable element, outside of iconic boss battles. It was something included to break up the pacing, not built as an integral part of the franchise. Instead of being built for solving elaborate puzzles and navigating traps, the game focused on intense brawls and grinding for experience points. These changes led to a divisive stance on the game.

Tomb Raider isn't the only reboot to have mis-targetted its audience to confusing results. Resident Evil 6 was effectively a soft reboot, and while action fans enjoyed it, survival horror fans generally decried the game. If a reboot or reimagining abandons what is at the core of a game, then it goes from simply being a reboot and is, at best, a spin-off title. Then we go back to the naming problem because you then say "why not make it a new IP?" Except, there's a very simple reason:

Gamers are far more likely to buy a game based on its IP than most other reasons.

With only so much time to play and only so much money to spend, most gamers will be dubious and remain hesitant about going outside their normal franchises.

You can drag a horse to water, but that doesn't mean he will drink. Even if he is starving, and the water will quench his thirst for the rest of his life with its magical properties. He'd much rather drink from Battlefield 3's moldy, discolored water simply because he's familiar with it. This is what publishers have to work with, and yet you still wonder why Battlefield: Hardline exists.

At the end of the day, it is not simply publishers and developers influencing how reboots are handled. You, the gamer out there actively making purchases and decisions, impact that. And you know what, if you enjoy a reboot, reimagining, or spin-off of a favorite franchise, then that is fine. You just can't then call bull**** on a publisher for rebooting another one of their long dormant franchises that you may or may not have liked in the past.

This is what publishers have to work with, and yet you still wonder why Battlefield: Hardline exists.

The fact a reboot is being made at all means that either someone has a really compelling idea, or the publisher is struggling to make as much income as possible and is trying to get its money's worth out of IPs. Because, at the end of the day, this is a business for the publisher, regardless of if they are Valve or EA. Your personal feelings on how they handle things only go so far with where their monetary investments are concerned.

Star Wars: Battlefront needs to be judged as a standalone title. That is how DICE is developing it, and that is how we should treat it. If it is a terrible game on its own merits, then whether or not it is a true follow up doesn't really matter. Whether it's EA's meddling, DICE's ideas not holding up, or something else, it needs to be judged on its own.

The same goes for if it is an amazingly good game. Regardless of IP, it will be a good game as a reboot. Batman Begins was a great film, regardless of if you liked Batman or not -- and the same principle should remain true for games as well.

So let's look at games for what they are, not what we wanted them to be our the hype or our rose-tinted memories tell us. They're games, good and bad alike, and it's our choice to play them.