The 8 Video Game Villains Who Deserve Their Own Solo Game

These villains prove that sometimes it's good to be bad, and we wish there was a solo game to showcase just that
by Nick Lee

Certain villains in recent gaming history certainly left their mark on gamers and left us wondering why there isn't a solo game from their perspective. The protagonists in video games always rise to victory, and even anti-heroes get their moments to be a badass for good causes.

The one underserved market in video games, especially in series, is where the villain's point of view is fully seen and respected. So with tons of iconic video game villains, which deserve their own path on the way to victory with gamers at the helm?

From the game Pokemon Sun and Moon, Lusamine is the president of the Aether Foundation which pledges to protect Pokemon, but their plans are actually much different. Lusamine actually wanted to own Pokemon and gain their power. This extended directly to Pokemon called Ultra Beast; which are legendary Pokemon who reside in another dimension called Ultra Space.

How the deceptive leader came to be is a story that remains unknown, but her rise to power and desire to capture the legendary Pokemon would be quite the adventure for players. A solo game could even explore what would happen during another scheme to create her own version of a Pokemon Utopia as she gains more power, slowly spinning further into wickedness. 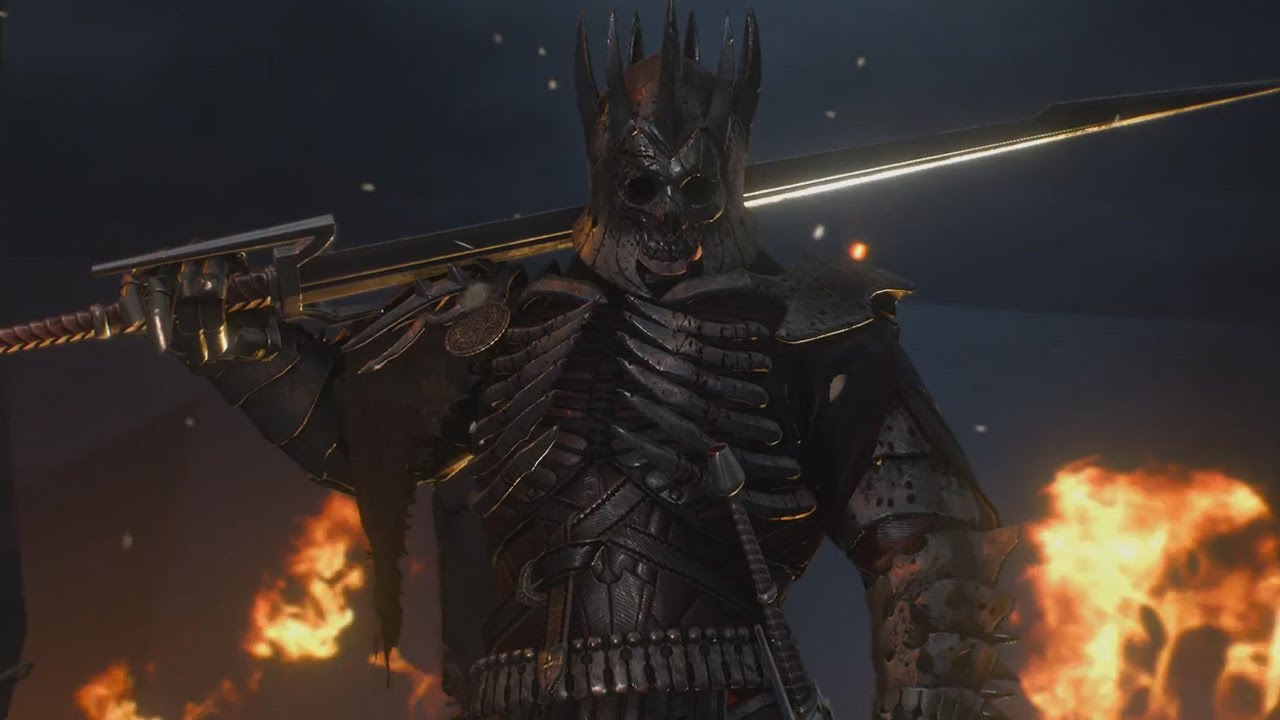 The Witcher series introduced gamers to the kidnapping King of Aen Elle, Eredin. As the main antagonist of the series, his journey encompasses all three games, and most likely future ones. It wouldn't be hard to imagine a game focused entirely from his perspective due to his presence in each game. Playing as someone called the lord of nightmares would certainly add its' own air of dark deeds that might be uncomfortable at times, but in the world of Witcher, there are plenty of unsavory deeds and challenges to conquer. The infamous villain has certainly appeared in a ton of different media, but in the Arkham series he remains a constant threat, even in death, to the Batman. When players were briefly able to use the Joker in the last series installment, Batman: Arkham Knight, it was a mere taste of what a solo Joker game would look like.

Further, having a game like this would finally answer how he and other villains can set up these elaborate schemes, but still be foiled in the end. While this would be another villain whose dark mind would tempt some gamers to stray away from the game, we can't deny how awesome it would be to play as the clown prince of crime.

The leader of the Kyrat region in the game Far Cry 4, Pagan Min is an entertaining and, when necessary, ruthless leader. His panic as the players protagonist liberates the region from Min's rule allows for funny moments as he assures his people that all is well. Though the story and action of the game may be more predictable, Min shines as a dynamic villain with origins that were only briefly covered.

A solo game exploring his childhood and upbringing, and ultimately his rise to power, would be a story gamers could enjoy without feeling too guilty about their actions along the way. Similar to the Joker, there would be plenty of witty commentary with Min as the lead.

Treasure hunter and Jake Gyllenhal look alike, Rafe first appeared in Uncharted 4: A Thief's End, and would have been an even better villain if his character was more fleshed out. While the most recent antagonist in the Uncharted franchise, his motivations are not unlike main character Nathan Drake's, but take a bitter turn due to revenge.

A game following Rafe's own treasure hunting could be very similar to the main franchise's take or even similar to the upcoming spin off involving Rafe's one time partner Nadine. Playing as a scorned Rafe before or especially after the events of the last game would be one of a vengeful and greedy man, showcasing the other side of treasure hunting in the world of Uncharted. 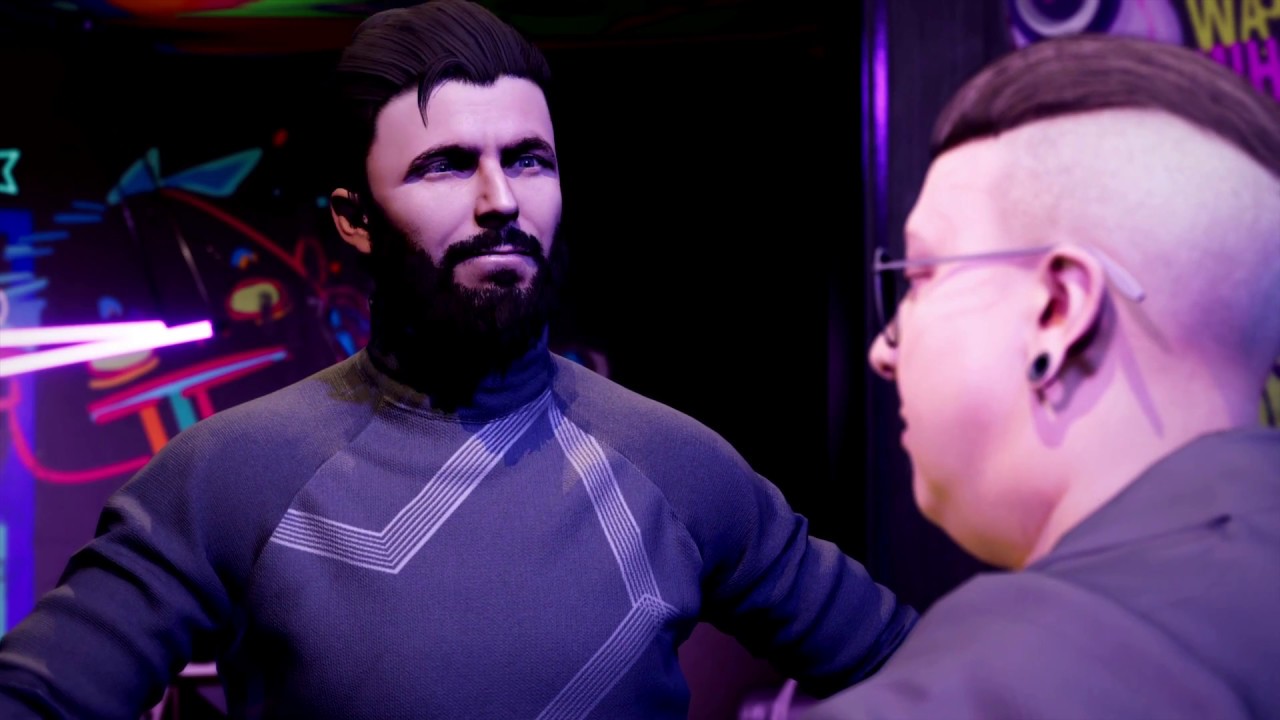 Appearing in Watch Dogs 2 Dušan Nemic is the head of Blume and controls CTOS 2.0 in the game. A masterful manipulator, he acts as the perfect alternative to the main protagonist Marcus as he uses technology to invade the lives of people without their knowledge. Though he may appear to be the average jerk, Nemic has immense control over the operating system that the protagonists group Dedsec want taken down.

Getting to play as this villain would showcase the duality of technological invasions of privacy best seen in the Watchdogs series. Like Marcus, Nemic is talented, smart, and resourceful and players would be able to see the other side of things while getting to play as him. Further, a solo game would offer a rare glimpse at how the average tech we use in real life can be manipulated by a team of talented individuals for evil. For lists like this, choices usually revolve around villains who prove that sometimes it's good to be bad. Unlike those other entries, playing as FIB agent and reality show star Steve Haines from Grand Theft Auto V would prove the good guys aren't always who they appear to be. Haines is a cruel agent who wants results and while he appears ruthless, and sadistic will cower at the first sign of possible defeat.

While players may not have fallen in love with this villain, it's undeniable that the most real and pressing evil is that of lawful evil. The GTA series never lets players dive into the other side of things and focus on a law enforcement perspective. Allowing players the choice to do what's right even though "necessary evils" would be a fun twist on the game, never seen before.

Re-released on the WiiU in 2014, Fire Emblem The Blazing Blade, introduced gamers to the dark druid Nergal. A former good guy himself, Nergal created small golden eyed beings to search for power and return it to him for absorption. While a more basic plan for a villain, the character himself is what gives him a place on this list. Through successful completion of side quests, Nergal's true story of trying to save his children as the reason for his initial desire for power are revealed. Sadly for him however, he was lost amidst the darkness and became the classic villain we know today.

An updated game starring him would be centered around his amazing origins and a series of choices that led him down the path to darkness. The solo story could also fill players in on some backstories of popular series characters like Athos and Nabata, who Nergal met before he was evil.

While we can agree that sometimes it is good to be bad, video games don't always allow that to shine with their protagonists. Giving the characters listed here a chance to shine in their own game will not only flesh out more of their backstory and motivations, but would be a fun experience for players to see a unique story.

Liberties can be further taken with some villains if they live on as their next plot could always be improved upon after their initial defeat. Gamers would love to not only see things as the hero, but what exactly makes it worth it to be the villain.