At Gamescom BioWare announced their new online RPG game, Shadow Realms. Here's a look at what to expect from it.
by Yasmin Curren

Electronic Arts finally spilled the beans at Gamescom 2014; these trailers were the lead up to Shadow Realms, an online action RPG, exclusively for PC.

The online gameplay will consist of co-op missions where four players will team up and use their unique, supernatural powers to defeat another player controlling their enemy, The Shadowlord. This type of asymmetical multiplayer gameplay is proving to become very popular, with games such as Evolve, a heavily anticipated alien hunting game, adopting this 4 versus 1 style as well.

What is the game actually about?

"Set in a modern fantasy world and featuring heroes who wouldn't look out-of-place in this room; Shadow Realms is the only online RPG which offers dynamic, cooperative 4v1 gameplay. It's a story-driven game that pits you and your party against a player-controlled enemy, a malevolent force we call The Shadowlord."

BioWare Austin’s general manager Jeff Hickman took to the stage to explain what is so unique about Shadow Realms. He states that BioWare often look back at pen and paper RPG's for inspiration and are now 'bringing back some of that magic' from 'that creativity that a human game master possesses when offering an ever-changing adventure right before your eyes.'

They intend on bringing this back through a continuously updated story, so that 'no two trips through any realm will play out the same.' It was comforting to know that 'because this is a BioWare game, story is at its heart.' This story, which unfolds by the players progression through the game as either good or evil, super-human or Shadowlord, will be released episodically.

Who is The Shadowlord?

The Shadowlord is the 'big bad guy' of Shadow Realms. It is a ghost-like entity who controls every aspect of the game;

"Possessing, entrapping and destroying with an insidious power."

Now doesn't that sound like a fun character to play as? But, with four super-powered 'heroes' trying to hunt you down, this certainly won't be an easy battle!

When can I play?

"Community has always been fundamental to the DNA of BioWare and so we want to build Shadow World with your help."

Shadow Realms will be a PC exclusive game, releasing late next year. However, you can go to their website to sign up for the Alpha version, coming in July. 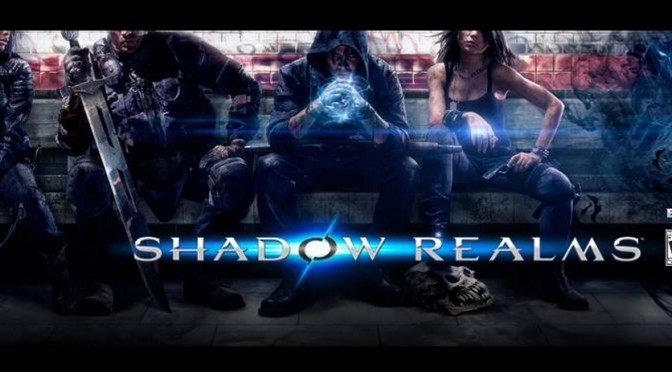