Subnautica gets a super realistic update

Subnautica gets a stunning update for Early Access players.
by KendraG

Unknown Worlds just released the H2.O update for Subnautica, which completely changes the graphics of the game. The graphics went from Finding Nemo to "holy mother of pearl can I touch it?"

Subnautica is an open world adventure game where the player descends into the ocean of an alien world. And much like our own oceans, the world is not a static place. You can go into the depths of the ocean and fight to survive through all sorts of obstacles.

While the game was beautiful before, now it takes on even more with the H2.O update. The update added new surface water, longer draw distances, richer colors, pitch black night-time, and solar eclipses. Basically, the whole rendering system has upgraded.

Of course, the H2.O update was not just aesthetically pleasing. The player now has a Scanner that provides information about the different organisms and technology fragments they find. The Fabricator was fixed and is less confusing to use. Also, story voiceovers can display as text. And the Seamoth, a vehicle in the game, now has the ability to turn it's headlights on and off. 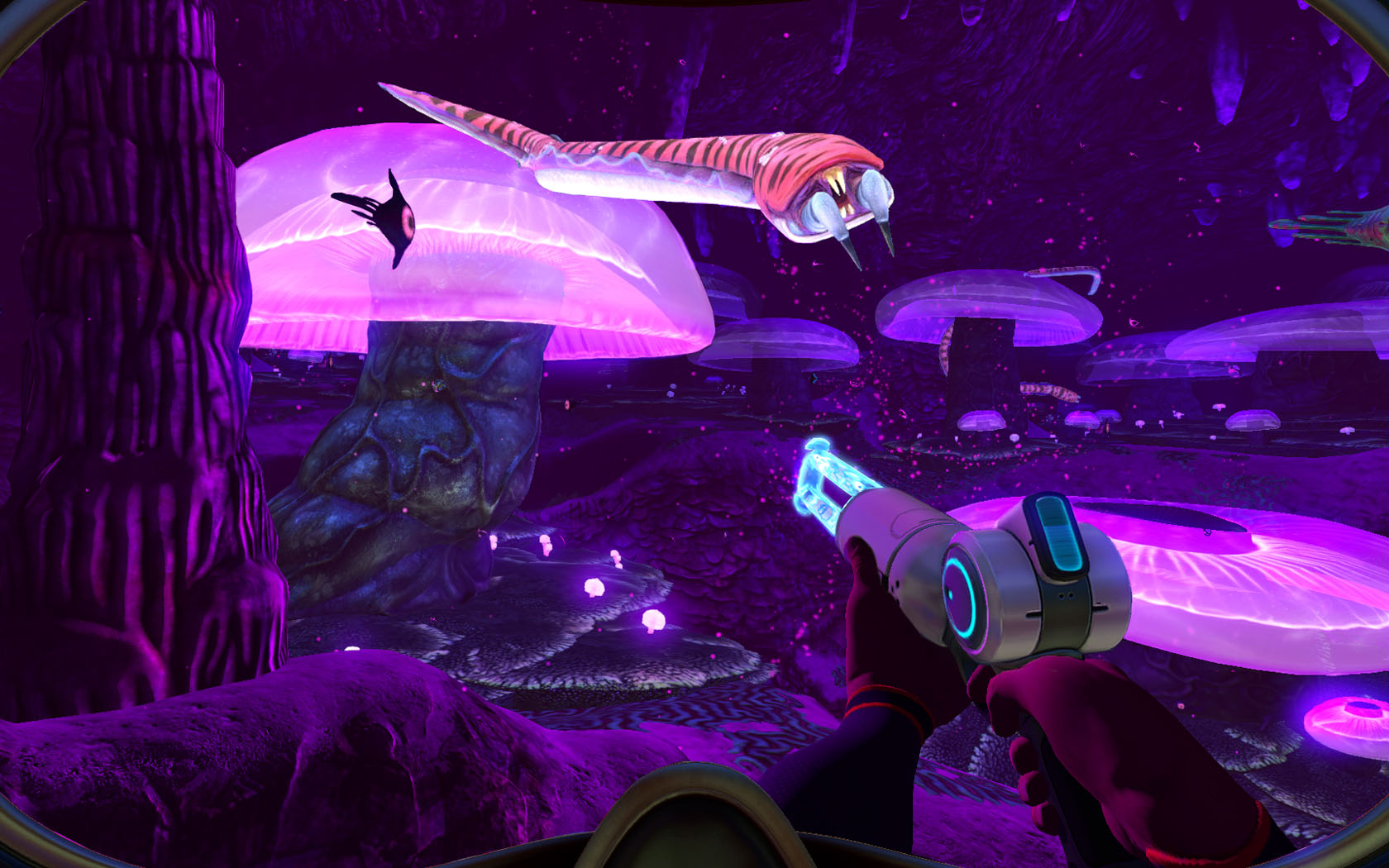 You can gain early access to the game via Steam.

Geeky gamer with a BA in Anthropology who liked playing Shadows of Mordor for the insight into Orc/Uruk hai society.