There may be some issues with it, but Metal Gear Solid V is a beautiful game with a story that is fairly interesting.
by chopchamen

Metal Gear Solid V is a free roam third-person shooter with stealth elements. It takes place during the Russian invasion of Afghanistan. Your goal is to take revenge on an organization called Cipher, who are responsible for destroying your company, MSF 9 years prior. Along the journey, you encounter many strange things. 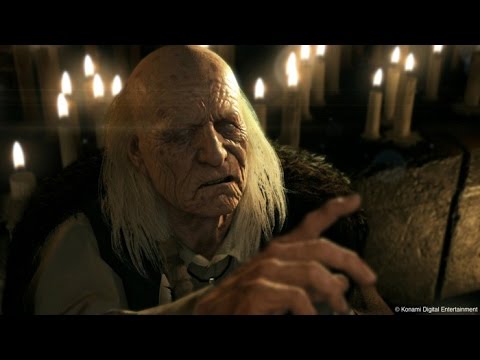 Single player is an overall pleasant experience, however the story can be corny in certain parts. Likewise, some of the characters may seem out of place. The single player consists of Main Ops, and Side Ops. The Side Ops are filled with missions such as extracting a highly skilled soldier, or taking care of a heavy infantry unit, there is variety there, however they aren't very satisfying. You can also acquire audiotapes with extra story content, and other audio recordings.

During the story you gain companions to help you out, be that by navigation, or a helping hand in combat. You can also use them to distract all the guards while you try and sneak past.

While infiltrating the enemy camps, you can be completely stealthy, or you can go in guns blazing, there are some occasions where you can take a humorous approach as well. It almost feels like a Hitman game when considering how many ways there are to handle a mission.

The stealth works very well, hiding in the grass and shrubbery is effective, even the shadows help you stay concealed, it also depends on what camouflage you're wearing. Throughout the game you can collect materials and blueprints, and also extract personnel that allow you to create and upgrade your weapons and items through R&D, this also includes weapon attachments, paint jobs, camouflage and a lot more -- you can customize everything to a certain extent. You can also extract specialists which you need to unlock certain features.

Will you just pick up the guard already?

It doesn't happen often, but the controls can be frustrating at times, you have to use the triangle button as an action button, and the circle button as an interact button. This can get annoying because you use the same button to pick up an enemy soldier as you would to pick up the weapon that he just dropped. So you're just picking up the weapon again and again, while the enemy is just lying there unconscious out in the open.

Or in the way of general navigation, if you're sprinting onto the roof of a building and you happen to clip sandbags or something else you can hop over, your character will have no problem just jumping over, and in some cases killing himself.

The multiplayer can be fun, especially with your friends. However, the multiplayer is class based, which creates a lot of balancing issues. You have skills and weapons for each class. You can unlock different apparel and colors through GP points. You can only gain GP by playing in public games, which can make for a bad time because of the unbalancing; a lot of the time, you get matched with people who like to use the one-hit knock out melees, and sleeping gas grenades. You can also play as some story characters with exclusive gear in multiplayer, but the host can turn them, and many other things, on or off.

FOB Missions, on the other hand are an extension of single player which allows you to invade somebody's base, you can also be invaded. The invader must make it to his objective within a certain amount of time, and if he succeeds, he can take some soldiers away from his victim.

The power of Fox Engine

Thanks to the Fox Engine, this game is visually amazing, the maps can be seen as somewhat dull, but the way all the shrubbery and vegetation look are very admirable, especially in the multiplayer, where they will actually help conceal you from other players. The lighting is also beautiful, at night the streetlights shining down actually looks really realistic, and the lighting responds well to the character models and vehicles.

Metal Gear Solid V is an awesome game, it can be frustrating at times, but the gameplay is cherishable. There is some replay value, with the variety of side ops and many different approaches you can take to all missions, then between the R&D and the customization options that you can unlock, this game is sure to preoccupy you for a good while.

Our Rating
8
There may be some issues with it, but Metal Gear Solid V is a beautiful game with a story that is fairly interesting.
Reviewed On: Playstation 4
What Our Ratings Mean