DreamLeague Season 7 Finals gave a bit of insight into the upcoming TI7 and a bunch of memes too.
by Rothalack

DreamLeague Season 7 started all the way back in April and culminated Saturday at the Georgia World Congress Center with DreamHack Atlanta. Being so close to TI7, we got to see a little bit more of what these teams are worth before they go for the biggest prize pool in eSports.

Vega Squadron, not set to attend TI7, played better than anyone had expected. The past few months they haven't been looking all that strong -- and really the entire CIS region has been on the low recently. But Vega proved over the weekend there are still some strong teams and players left in the CIS region. Though they could not advance past fourth place, they didn't make it easy on their opponents.

This little gem had a lot to do with the loss. MinD_ctrl out of control:

Team Secret, who went out in third place, barely scraped by Vega after going down 1-0 before sweeping back to win the Lower Bracket best of 3. Team Secret may have been holding back slightly for this tournament, perhaps saving a few strats for TI7.

There was discussion on the panel about this, and it seemed to be a split between analysts on whether or not teams actually hold back during smaller tournaments just before TI. We can never be sure, but I bet there's at least something that Secret wants to keep up their sleeve. Everyone has a few pocket strats they are sitting on just for the right match.

This Finals Best of 5 match was everything you'd ever want from a grand finals. It ran for all 5 games, and none of them were a bore. Planet Odd came out really strong, starting the set with 2 wins. This backed Liquid into a corner where they needed to win the next 3 games straight to win the series.

Of course, Liquid being Liquid, they did it. It was a struggle but they pulled it off. Liquid got their 3 game streak started with a Huskar pick. 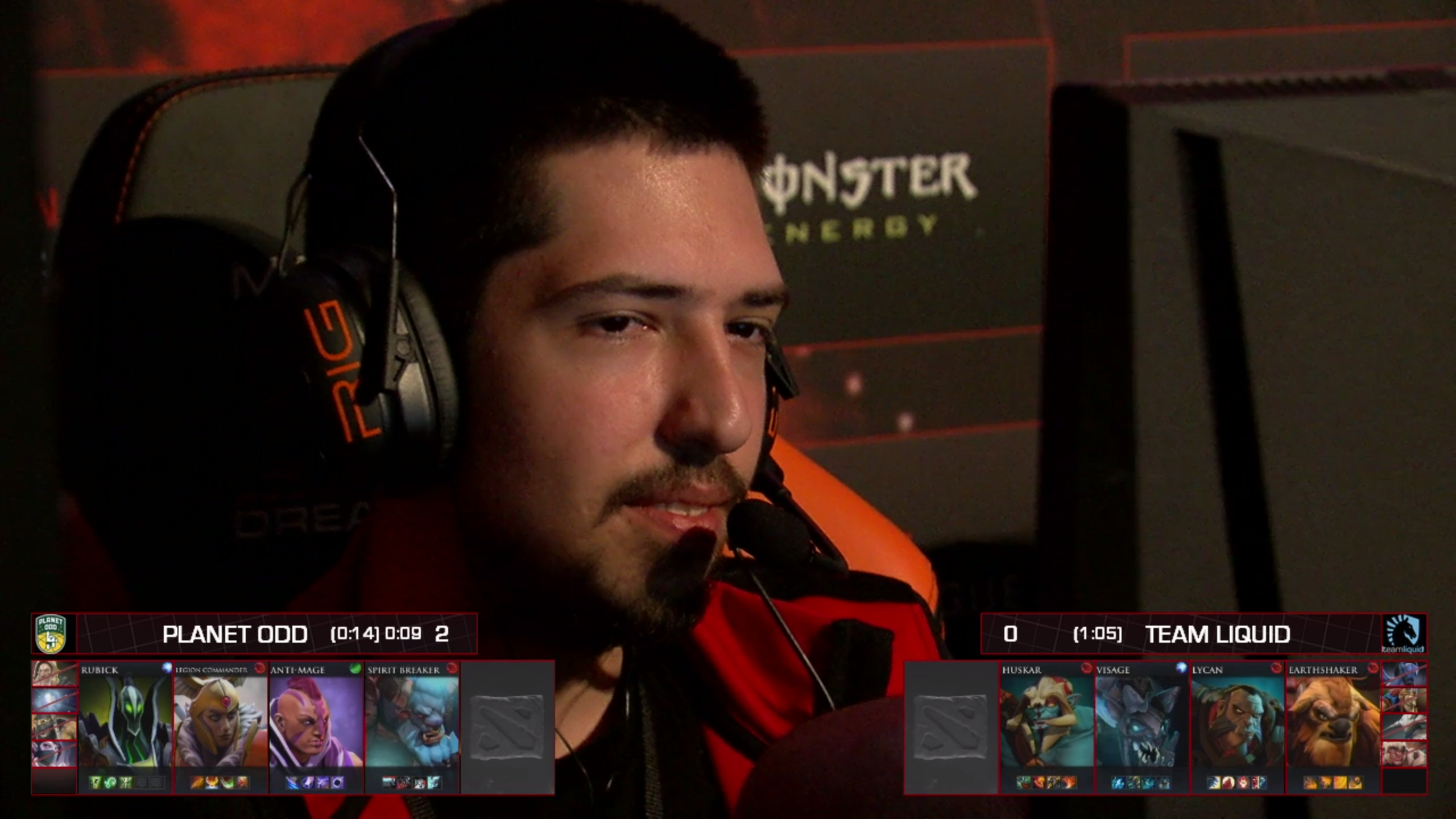 The face of a man who just got Huskar'd. Courtesy of /u/guysimreallybad.

And then Liquid did it again with a Miracle- Anti-Mage. A 1k GPM Anti-Mage.

In Game 5, Planet Odd tried to fight back with an Anti-Mage of their own once again, but it did not have the same impact as a Miracle- Anti-Mage. They also went in with the classic W33 Ranger, which did not have the impact needed to win them the final game.

To give you an idea of just how intense this grand finals was, I give you ODPixel going ham:

For the upcoming TI7, DreamLeague Season 7 has shown us that Team Liquid is going in very strong. Team Secret is not weak by any stretch, but maybe not quite on par with Liquid.

To brighten everyone's day, Waka Flocka Flame came by to chat during the finals day panels. He gave us a great reminder of just how nerdy we are in the Dota scene, which I really enjoyed.

And last but not least, the best moment of the entire tournament, Reso is best carry!

Hi everyone! I'm Brian Schaaf, keeper of bug reports and calmer of the GameSkinnians! I also play too many games. Lets play something, betcha I'll win.