Bringing Virtual Reality to Civilization VI would add no functionality that would make it better to play.
by Clayton Reisbeck

Virtual Reality is quite the gaming darling right now. It seems that everybody wants their games to be a part of this very interesting new technology that seems to redefine how we play. The ability to immerse yourself in a game-world is a truly enticing and when done properly, is an amazing experience. That being said, I don't think that every game needs to be brought into VR.

Earlier this week on Reddit, a post was made showing off someone playing Civilization VI in a VR desktop program. It got me thinking about how cool it would be to do that. At the time I saw the post, I hadn't played the game itself yet but the idea was still cool. After playing the game for a little bit, I can safely say that I don't want that game in VR.

Now, my experience with VR is very minimal. I've been able to sit down with a HTC Vive for about two hours, so my experience with it may not be representative of what those with their own VR set up are seeing. But from my experience and observation, VR hasn't been able to give us many examples on how a game can be enhanced with its technology. I firmly believe that if a game is going to be a success in VR, it needs to present mechanics that would be better performed in VR rather than using the technology that we already have (controllers or mouse and keyboards).

Let's take Civilization VI, for example. The majority of that game is spent looking at a map and clicking on options in menus. Virtual Reality's biggest boon is the fact that it is able to place a player in the world that they are playing in. In my opinion, Civilization VI has nothing to benefit from this boon.

In order for a Civilization game to work in VR, I feel that a game made specifically for the medium would be the best route. The issue I see with this, though, is that it would be so tedious that a player would spend maybe an hour in the game just for the novelty but after that, they'd just move back to a regular game of Civilization.

Each scenario I think of for a VR Civilization just seems like it would be so much more of a hassle to play over extended periods of time. The movement mechanics I can think of that would benefit the VR, would take away from the Civilization that players are used to playing. Whether it be a teleporting mechanic a la The Gallery, or using room scale to walk around the map, I just don't think that it would translate well to the mechanics that are already in place. Using a controller for movement would defeat the purpose of a VR headset as you could manipulate the camera to turn around and move.

As a whole, I just don't see a VR Civilization game being much fun. The mechanics of the game just seem to be at odds with the VR technology. The nature of a game of Civilization doesn't have anything that could be enhanced with a VR headset. The best case scenario I could see with a VR version of the game is just a Virtual Desktop where a player just has a larger screen to play on. 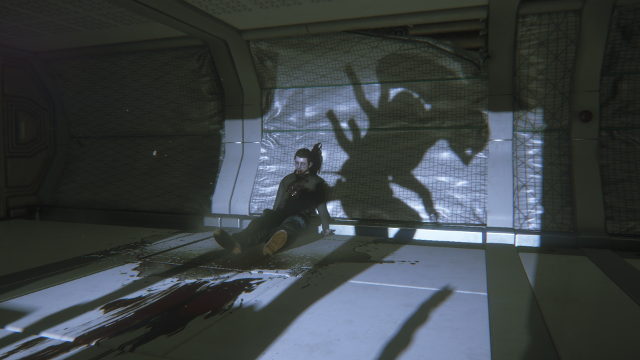 Now this isn't me saying that all games that currently exist have no business with bringing in VR support. On the contrary, I have a list of games that I would love to see have VR support. I think if Alien: Isolation was remade with the stereoscopic imaging that is needed for VR, the game would be amazing and terrifying. Bioshock is another game that I would love to have in VR. I just feel that certain games fit within the realm of what VR is trying to offer us.

What do you all think? Would you like to play Civilization VI in VR? Let me know in the comments!