Rexxar's (and Misha's) abilities in Heroes of the Storm revealed

A summary and analysis of Rexxar's Hero Spotlight video and what he brings to Heroes of the Storm as the first ranged warrior.
by Perchance to Game

Rexxar’s Hero Spotlight video was posted yesterday on the Heroes of the Storm Facebook page, outlining the abilities and basic strategies for the newest addition(s) to the Nexus.

Along with being the game’s first ranged warrior, the beast master will also have a unique mechanic in the form of his loyal bear, Misha, who essentially comprises the other half of his kit. Your ursine companion will get up close and personal with enemies while Rexxar hurls axes to finish them off.

Misha’s behavior is largely controlled through his passive, with which the player can toggle between an offensive and defensive stance. The “attack” command will have her target whoever Rexxar is attacking, along with acting as something of a shield. However, she has her own health bar so if she’s taking too much damage, the “follow” command can be used to have her retreat and stay out of combat. 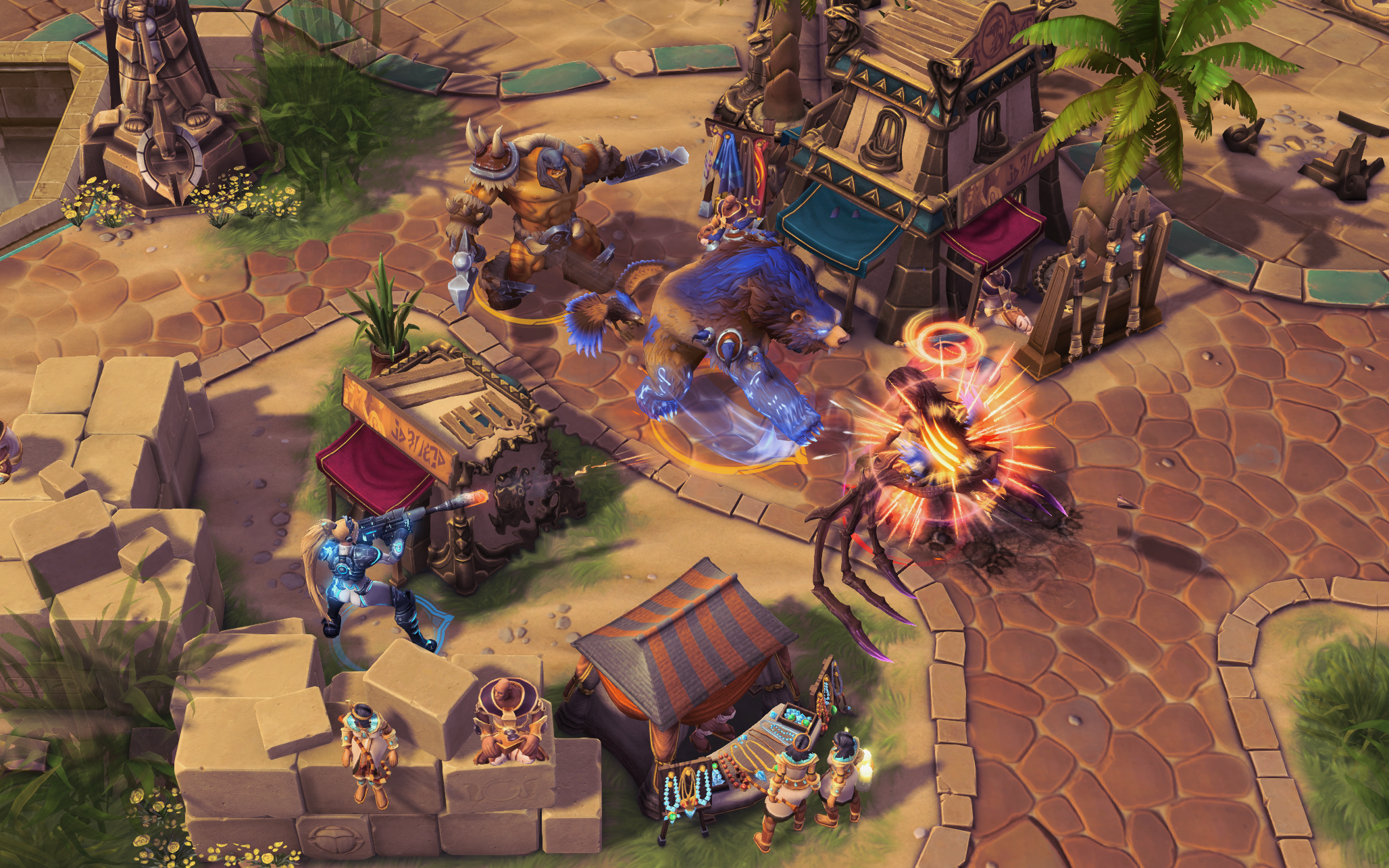 His kit points to Rexxar being a supplemental warrior such as Arthas or Sonya – a relatively durable damage dealer, but unable to take as much punishment as the likes of Johanna, Anub’arak or Muradin.

While not requiring quite as much micro as The Lost Vikings, players will still have to keep an eye on two health bars, as well as both Rexxar and Misha’s positioning in a team fight. This is especially key if you plan to have any shot at filling the role of your team’s primary warrior in supplying crowd-control, tanking, and peeling enemies off your more fragile teammates. Misha’s area-of-effect stun will likely see the greatest use here (as the video shows, it can disrupt multiple channeled abilities).

While men might have dogs, it’s pretty clear that bears are an orc-ogre hybrid’s best friend.