Why Until Dawn is the best interactive movie I've ever played

Until Dawn has to be the best interactive movie I've ever played.
by mrivera269

Since the release of Until Dawn, I've been intrigued by the game's concept. It's a narrative heavy horror game with pretty decent actors, however the intrigue wasn’t enough for me to warrant a purchase so I decided to skip it. When the game went on sale for Cyber Monday I decided to take the dive in—I’m not a huge horror fan but I enjoy a good scare.

After playing a few hours of the game, which I’ll admit isn’t perfect, I’m definitely having fun with it. The game has decent writing and I do find myself genuinely concerned for some of characters; while others I can’t wait to kill off. That is great! Because Until Dawn gives me the power to decide how the story goes. 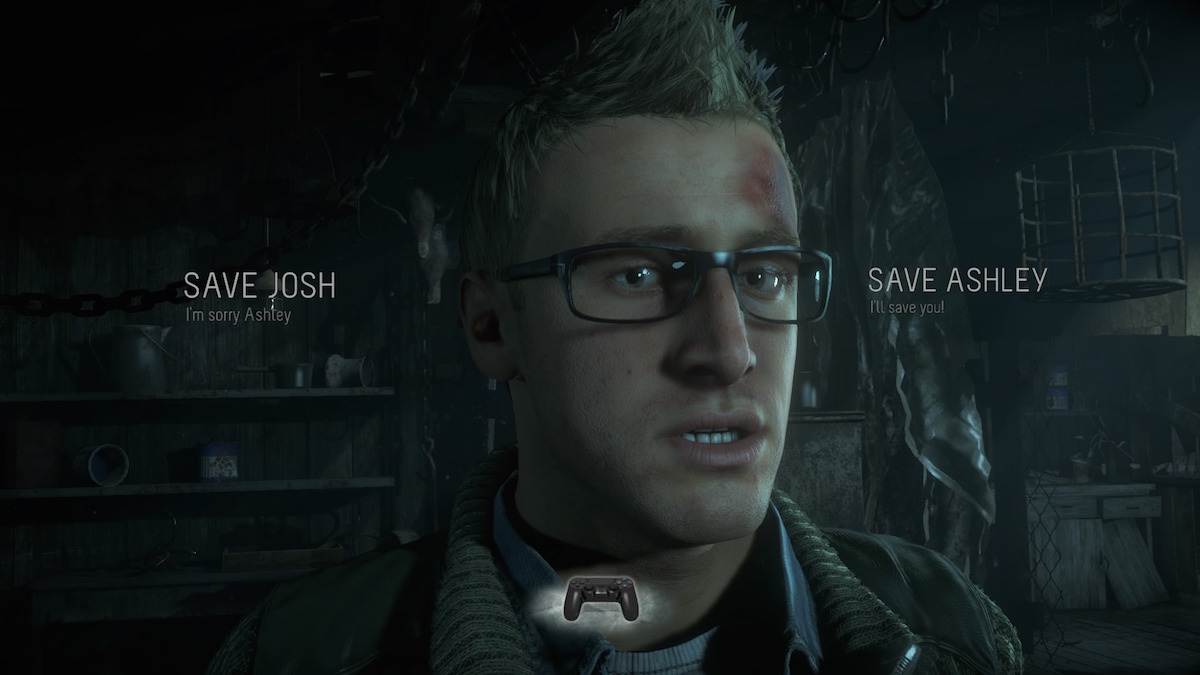 Well this is tough one...

The game features a pretty stellar “butterfly-effect” mechanic that really does make you feel like the smallest things can change the story drastically. I won’t give specific examples to spare spoilers but let me give you vague example. A very silly choice I made in the first chapter drastically affected the fate of a character in the later chapters. The game also relies heavily on QTEs (Quick Time Events). I’m not a huge fan of these but they do work to push the narrative. And yes, these QTEs play a huge part in whether the characters stay alive until dawn.

Now why did I say this is best interactive movie I’ve ever played? Because the stellar voice acting makes me feel as if I’m more of sadistic spectator pulling the strings than someone playing in the character’s shoes. Camera angles give the feeling that you’re stalking the characters rather than playing as them.

I also found the game to play great with a group of people. It makes for an interesting psychological experiment allowing us to find out how twisted our friends are.

Overall, I never did I feel like I was playing game, rather I was orchestrating a chain of events.

I love how robust this genre is becoming as of late, with games like Until Dawn, Telltale Games, Quantic Dream games, and the new King’s Quest games. It will only get better once VR becomes mainstream. I can’t wait to play the rumored VR DLC for Until Dawn.

So what do you guys think of interactive narrative games? Were you a fan of Until Dawn? Sound off on the comments below.