Uncharted has been an incredible journey, and we rank the best of those awesome action sequences in this top 10.
by Jeremy Brown

For most PlayStation 3 owners, the flagship franchise for the console was Naughty Dog's Uncharted trilogy. Nathan Drake's charisma and wonderful cast of characters put the first game on the map, but what really set the games into gaming's highest regards was Uncharted 2: Among Thieves, and its incredible setpiece moments that made it into one of the most cinematic and adventurous stories in a long time. But out of those unforgettable bombastic moments, which were the best? We break it down in this Top 10 of Uncharted's best setpiece moments.

[WARNING: SPOILERS AHEAD FOR ALL FOUR MAIN ENTRIES OF UNCHARTED.]

It's definitely more overlooked than other setpieces, but the Cat and Mouse chapter of Among Thieves is a tense blend of story and gripping action. As Nathan and Tenzin leave the mountain, they realize Tenzin's town is under siege. When they arrive, Drake takes on a new threat- a tank that solely wants him dead. Through cliff-hanging platforming and a lot of near misses, he eventually takes the beast down with a lot of RPG shots. 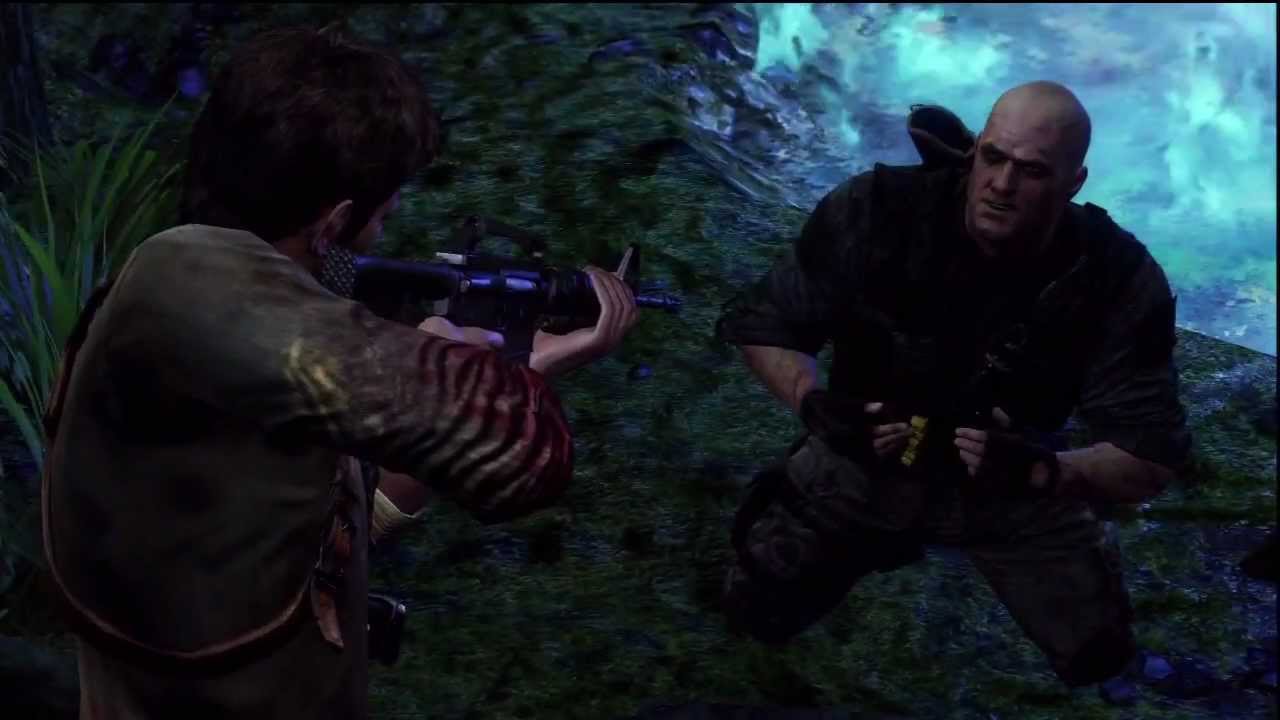 All of the final boss fights of the Uncharted series hold special places in my gaming history, but the best of the bunch is against the menacing villain Zoran LazareviÄ‡. While the other fights focus more on thematic approaches, this fight forces Nate to use all of his skills and put them to the test (except melee- I don't advise that one.) As Zoran has consumed resin of the Tree of Life, you need to blow up flammable pockets of the resin to defeat him, as he hunts you in a small arena with a shotgun and grenades. While the original Uncharted: Drake's Fortune is not nearly as much a classic, it did have some fine ideas about what it wanted to be- even if the final act twist was jarring for many. When the cursed Spaniards chase you down for the first time, the game changes expectations in one simple move showing that it's not just a simple cover shooter. It introduces the run 'n gun mechanic, when the player needs not to fight using their aim, but rather a more fluid approach for combat. It may not seem like the biggest, but this moment paved way for what the series was to become. "You always seem to forget, I got twenty-five years on ya." - Victor Sullivan

Oddly not always mentioned as one of the standout sections of Drake's Deception, the moments leaving the Chateau are among the best in the game. Katherine Marlowe's goons decide to burn the beautiful scenery with you in it, but Nate and Sully don't go down without a fight. Instead, the experience keeps ramping up, with the stairwell collapsing into a ladder sequence, and even having the floor underneath crumble as the two run off the roof to safety. It's a thrilling sequence, even if it gets engulfed because of the game's later, bigger moments. 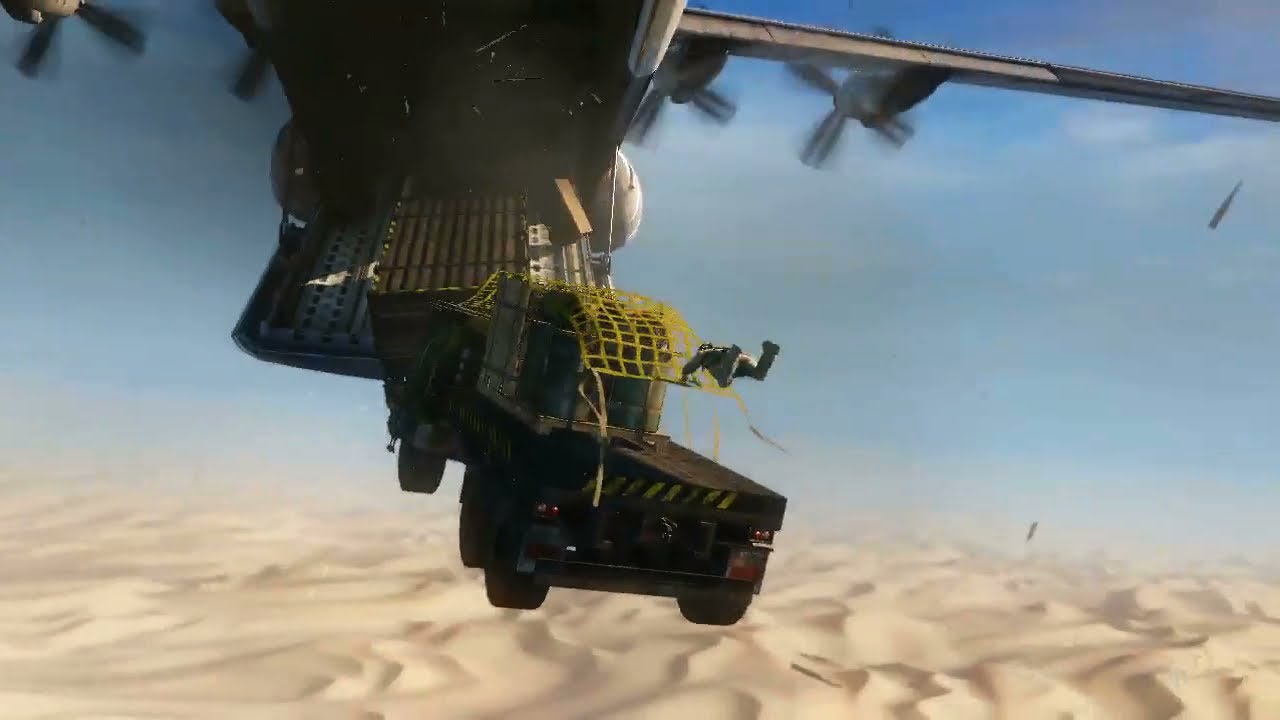 And then, there's the later moments. This was the most covered moment of Drake's Deception before its release, and what a reveal. The cargo plane is headed to the Iram of the Pillars, so Nate sneaks on to go save Sully. Of course, it doesn't go too well, as the game literally throws Drake out the back of the plane, making him cling to dear life to keep going. The plane blows up (go figure) and a free fall sequence happens, just to top it all off. Unfortunately, this is also one of the shortest sequences in the whole game- lasting less than 2 minutes. This definitely makes the walk of contemplation in the desert right after, feel all the more slow.

"Something tells me they've had enough of us!" - Sam Drake

Just when things were peaceful for Sam and Nate in Libertalia, Shoreline decides there wasn't enough explosions. When you reach another glorious rooftop of a watchtower, Nadine Ross's men shoot a rocket at the building, leading to an incredible chase. As seen above, the building falls sideways, and using their grapples the Drake brothers need to climb up and get the Hell outta there. The PlayStation 4 graphics have definitely helped the awe of this fight-and-flight, but the solid gameplay makes it earn a spot in the top 5.

This was a shining example of what Uncharted 2 was meant to be- the adventure of a lifetime. In a large, civil-war torn city in Nepal, Nate and Chloé make their way to discovering the location of Shambhala- yeah, you know, Shangri-La? But then, the helicopter shows up, and royally screws up the simple journey. At its climax, the action sequence has the chopper blow out lower floors of a hotel our heroes are in, thus requiring you to jump into the next building on a very close call. Then, a calm clock counts the seconds.

"Are you outta ya goddamn mind?!" "Yep, probably!" - Sully and Nate

Definitely the most shining setpiece of A Thief's End, this long and complex sequence has Nate and Sully zooming down the streets of Madagascar's King's Bay, then hooking onto the convoy (see above) to catch up to Sam. Though the convoy sequences in both Among Thieves and Drake's Deception were excellent and could easily be on this list as well, this one just expands the scope of the level into possibly the best action sequence of 2016. Nate hops from jeeps to bikes, and trucks to drive, smash, and of course, explode various enemy goons all over.

Then when you think it's over, it doesn't stop there- Nate hops on his brother Sam's bike and they make an unbelievable nail-biting escape from the relentless armored vehicle that's been hounding them the whole time. If only players hadn't seen this sequence in its entirety at E3, the "wow" factor might've been strong enough to make the top of the list. 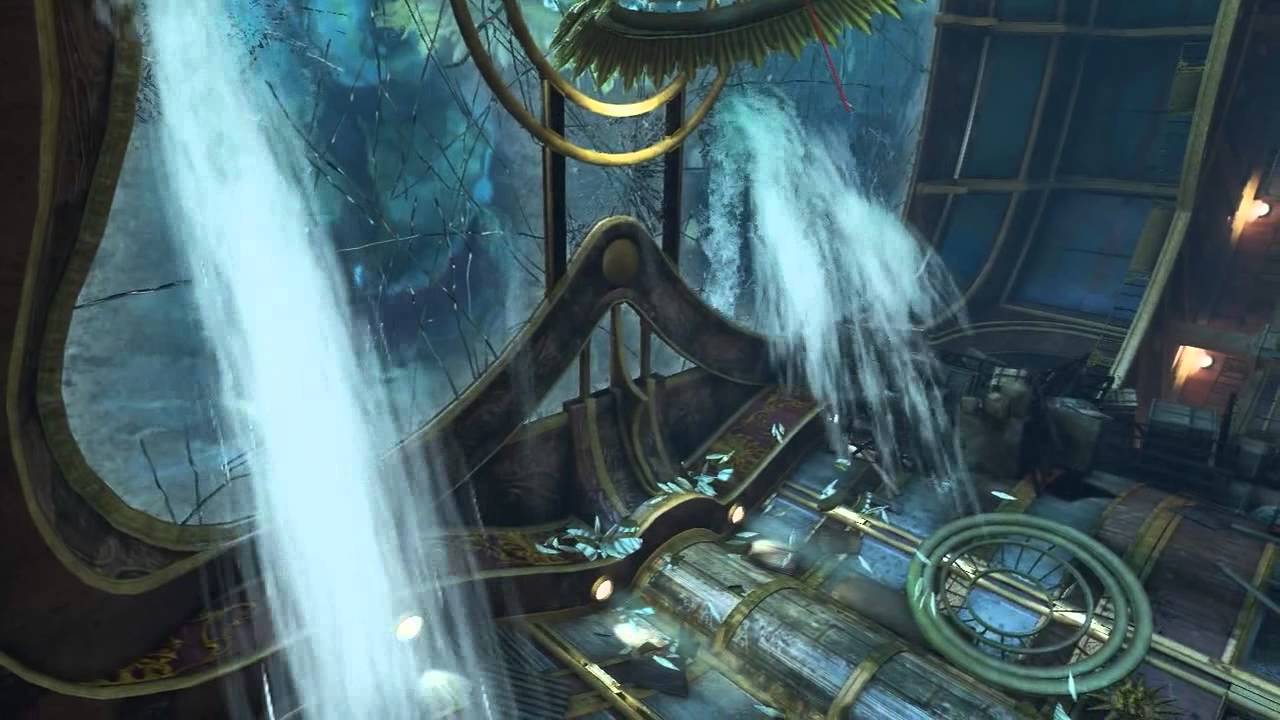 For many fans of the series, Drake's Deception almost suffers on a narrative front because of how much colossal setpiece moments intervene with a seamless plot. But that doesn't stop the game from having one of the most impressive scenes of 2011- the cruise ship. Pirates kidnap Sully, and its up to Nate to stop them. When he gets to their ship, he realizes he's been duped- and, as always, improvises.

Blowing a hole in the hull wasn't the safest plan, but it leads to the level design showing its its functionality, as you need to run from walls of water, and climb up hallways, using the doors as platforms. Once Drake is back in the main hall, the pirate captain Rameses makes one last shot- at the once-ceiling now-wall of glass. The only thing that truly holds this back is the narrative supporting it- the reason it's in the game is such a tangent in plot it's near irrelevant.

Did you really think it was going to be anything else? Yes, the train sequence in Among Thieves is the most groundbreaking, fully realized, and narratively satisfying moment in the entire series. The train, from a programming standpoint, is a work of art. It's not just a stationary train with changing environments- it's actually a moving train in motion.

If being on this crazy ride wasn't enough, it also has not one- not two, but three miniboss encounters as you make your way to the front of the train. It goes on for multiple chapters of the game, and in the end Drake makes a daring move to derail the train- and give a massively satisfying and emotional impact to the game's opening moments. Rarely any moment in gaming can say that for itself, but the train sequence completely earns the right.

What about you? What were your favorite moments? Do you agree with our picks? Let us know in the comments section, and as always, thanks for reading.