Minion Masters caters amazingly to strategy PvP gamers, and is no doubt going to be a title to watch as it moves from Early Access to full release.
by Ashley Shankle

There are not a lot of games that come around that I do the whole "one more turn" thing with -- generally only turn-based strategy, Dota 2, and various action roguelites get that sort of attention from me. But somehow BetaDwarf's Early Access Minion Masters has wriggled its way into my assortment of go-to games -- and I'm certainly not complaining.

Minion Masters is a real-time PvP card-based strategy game that pits two players against one another in an effort to take out the other's throne. The arena is split into two lanes, with both players having a field area they can play minions and buildings on to either defend their throne or take the opponent's. And of course, there are a number of spells

This is a very simplified way to describe the game, as there are uncountable card combinations, strategies, and playstyles across the game's current 78 cards and 8 heroes. A player's chance to win relies on both their deck and their ability to play cards at the right time and in the right place, which gives Minion Masters just the right amount of strategic complexity to make learning to play well a rewarding and addictive experience on its own.

Developer and publisher BetaDwarf allowed me a Premium Upgrade key to give the game a whirl last week, and I'll be honest in that I did not expect much -- I've been around the Early Access block a few times, and that really just saps all your enthusiasm about Early Access games on Steam.

With the above in mind, somehow I have put over 26 hours into Minion Masters over the past five or six days. Those 26 hours have been pretty great.

I'll force you to duel, all right

So the game's subtitle is "Forced to Duel", and I'm pretty all right with making waves upon waves of minions sacrifice themselves for my personal benefit. After all, I'm a master and they're minions. That's how these things work.

Minion Masters has a few PvE versus AI rounds for you to hone your skills at, but once fleeting matches are over your only option is to take your gameplay to PvP and prove yourself against other players to climb through the ranks. This is not a game for purely PvE gamers, and it doesn't seem like it's ever going to be.

The above said, those comfortable with and seeking some player versus player action will find themselves right at home with Minion Masters. A match only lasts a few minutes, with the longest I've had yet sitting at slightly over seven minutes. Despite the short match length, even if you take the same deck and master combination into the arena time and time again, every match is going to be different. Everyone plays the game in their own way.

The 10 card deck limit means every card you've got is as valuable as the last, from the one mana cost to the nine mana cost. Each card has a use, though playing them at the right time and in the right place is just as important as the minions, spells, and buildings you use themselves.

Part of the strategic fun of the game lies more in the placement and positioning of your minions than the cards you're using themselves. Placing some well-timed two mana Crossbow Dudes to distract incoming enemies from taking out a more powerful higher mana cost minion or building feels rewarding, even if you end up doing it every match.

You simply always feel like you're outplaying your opponent when you're winning. That equates to some pretty engaging gameplay.

Now this is something that really gets a lot of people's goats, and one has to speak on a game's monetization when covering free to play games. In F2P today, money always equals power.

I can't give a personal account about the gold, Ruby, and Shard accumulation in Minion Masters because I have the Premium Upgrade, which threw a bunch of currency at me. But as an outsider looking in on the totally free to play portion of the playerbase, I can tell you that currency gains are not ideal.

A free player is going to getting about 40 gold per win, which is not much considering it costs 1,000 gold to buy a Power Token -- you know, the things you use to draw cards. Each player gets a Free Token each day, which gives gold, Rubies, or Shards instead of cards. Sometimes you can get a reasonable amount of one of the three currencies from a Free Token, but more often than not it's a small sum.

Rubies and Shards, which are used to buy masters and arenas, are very hard to come by at the time of writing.

It appears one can only get Rubies from Free Tokens, level rewards, and league rewards. This feels a bit scarce, as totally free players would take an exceptional amount of time to get enough to buy a new master via Rubies. I suppose that's the caveat of most F2P games.

Shards, the alternative "premium" currency, are obtained via the same methods as Rubies but can also be gotten by salvaging unwanted cards. Shards are also used to craft new cards, making them a valuable asset and probably best not spent on masters or arenas.

Lastly, gold itself is simply used to buy Power Tokens. While win and loss rewards are meager, completing daily challenges can net you between 2,000 and 3,200 gold per day on their own. Most players should be able to pull at least two Power Tokens per day, more if they level quickly.

I really don't want to paint Minion Masters in a bad light -- not because BetaDwarf graciously granted me a Premium Upgrade, but because I really enjoy the game. Meager currency rewards aside, I can't think of many things about it to really complain about.

Between deck building and actually playing matches, Minion Masters is a great timesink for medium to hardcore PvP players alike. It's hard to imagine casual players doing fantastically considering the amount of planning needed to both work up a deck and play your cards to your advantage. Spamming doesn't really get you anywhere in most cases and the timing and positioning of your plays is very important.

For being in Early Access, Minion Masters is already well fleshed out and offers a lot of versatility for the ambitious and bloodthirsty player. BetaDwarf has been keeping the game updated on a nearly weekly basis, with the new Wildcard system having been implemented just today. You can even see in the game itself when it's going to be seeing its next update, which is very welcome considering how some developers run their Early Access projects. 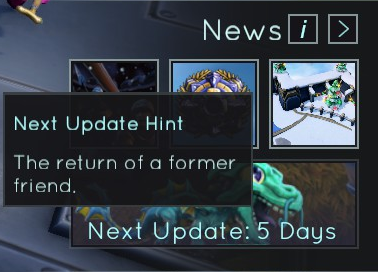 If you're looking for a PvP-oriented game with some very solid gameplay, quick pick-up-and-play matches, and the ability to suck you in for a couple hours when you only intended to play five minutes, Minion Masters will probably be a good bet for you.

I really can't emphasize enough how surprised I was at how fun it all is, and I would bet hard money (a roll of quarters) that the game is going to see some reasonable success once it leaves its current paid Early Access period. It's going to be exciting to see how BetaDwarf fleshes out Minion Masters considering the current quality of the game and their openness with the game's budding community.