The official reboot of the Savage series arrives with a new competitive focus.
by Ian Ilano

Prepare to reenter the unforgiving world of Newerth.

Players will take command of one of two warring races and duke it out across multiple maps and locations. But unlike other shooters, Savage Resurrection is multiplayer only, and was built from the ground up with a competitive focus in mind.

Players will have to fight to:

Quick thinking and wit will determine your success on the battlefield.

In its current state, the game features: 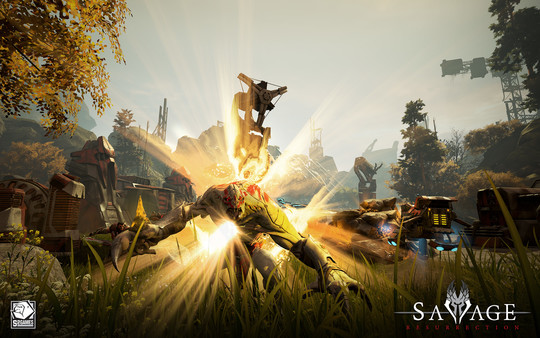 Despite being in Early Access, the game is more than playable. The development team plans on keeping it in Early Access for as long as possible in order to work with the community and gather additional feedback. In the future, they intend to add bots, more cosmetic items, and game modes.

If you're attracted to competitive shooters, Savage Resurrection may be a title worth looking into. The emphasis on fast-paced combat and challenging gameplay makes it appealing to anyone interested in this particular genre.