Australian Classification Board Reverses Ban On "State of Decay", Offers More Insight Into The Ban On "Saints Row IV"

The Australian Classification Board bends on 'State of Decay', remains firm on 'Saints Row IV' due to the inclusion of a weapon that allows players to rape enemies and civilians.
by Catrana

The Australian Classification Board has come under fire recently from Australian gamers and those abroad for being outdated and inflexible in their ratings formula for games. The highly anticipated open-world zombie survival title, State of Decay, was the next casualty of these guidelines after Saints Row IV was refused classification down under.

Banned for its use of real world drugs in order to provide bonuses for the player, the developers were told that there needed to be some pretty big changes before the title could make landfall on Australian soil. However, after some skin-deep modifications - changing 'stimulants' to 'supplements' and altering the names of the quasi drugs in question, the board reconsidered without batting an eyelash. The game skates through the customs gates with the R18+ rating, counting another win for Australian gamers.

Sure the changes are superficial, and let's face it, pretty damn trivial, but it's something. A victory for democracy in gaming, even! 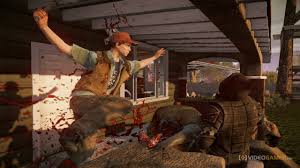 Meanwhile, the board recently elaborated on their motivation for banning Saints Row IV, and suddenly the decision makes a bit more sense. Initially, they stated that Saints Row was refused classification because:

"In the Board’s opinion, Saints Row IV, includes interactive, visual depictions of implied sexual violence which are not justified by context. In addition, the game includes elements of illicit or proscribed drug use related to incentives or rewards. Such depictions are prohibited by the computer games guidelines."

This vaguely worded media release quickly roused the passions of gamers, and the cries of people screaming censorship and nanny state rang loudly across internet forums. However, the board released another statement shortly after which elaborated on the formerly infuriatingly worded statement about 'implied sexual violence'. Trigger warning from this point on: descriptions and discussion of rape.

When I read this, suddenly the board's decision made a lot more sense. If you take a moment to shelve concerns about censorship, valid as they are, and consider what they're actually saying here - the game provides players with a weapon that allows them to rape enemies and civilians. To death. On a whim. While it's being played for laughs... That doesn't sit well with me, and it clearly didn't with the board. 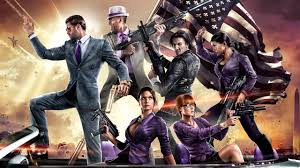 At this point, it's unknown whether Volition will submit an amended version of the game for classification, but whatever decision they make, it's going to rouse the passions of gamers worldwide. Personally, I'm going to look askance at anyone who protests their right to rape characters on a whim...particularly if this weapon makes it into multiplayer. Is this the line? Should other developers look at this case and acknowledge that, okay, this is going too far? Only time will tell.