Democracy 3's Africa expansion is available to purchase.
by StratGamer48

Democracy 3 Africa, a political simulation game by Positech Games was released on April 12 and can be purchased via Positech, GoG, Steam and Humble Store.  This is the latest expansion to Democracy 3,  following Social Engineering and Extremism two years ago.

In this expansion, the rules, processes and winning conditions will be very similar to previous games. At the start of the game, the player will select the country and representing party they want to play with. Different political parties offer bonuses to different demographics. The player will be elected as president and be forced to deal with issues which can include corruption, brain drain, debt, or the unhappiness of a particular demographic. They must try to use their political power to solve these problems and improve the country with their cabinet's officials. Later, the player will run for reelection. If they are reelected, the game will continue. On the other hand, if player becomes unpopular within the term of office, they will not be reelected. If their policies were too extreme, player can be assassinated. The winning condition of this game would be for the player to be reelected until it is no longer possible. Of course, players will higher goals can raise the difficulty level and attempt to eliminate all domestic problems.

There are some slight differences between the Africa expansion and previously released games. In previous games, playable nations consist of Western democratic nations such as the US, Canada, France, Australia and Great Britain. In the Africa expansion , the player can choose between ten democratic nations, inlcuding: Tunisia, Egypt, Ghana, South Africa, and Kenya. Although all the countries are located in Africa, they all have different demographics, resources and problems. African nations are known for having more problems and less resources than Western nations. For some countries, even having clean water can be an issue. Therefore playing as African nations will be more challenging.

Playable African nations in Democracy 3: Africa and some of their statistics 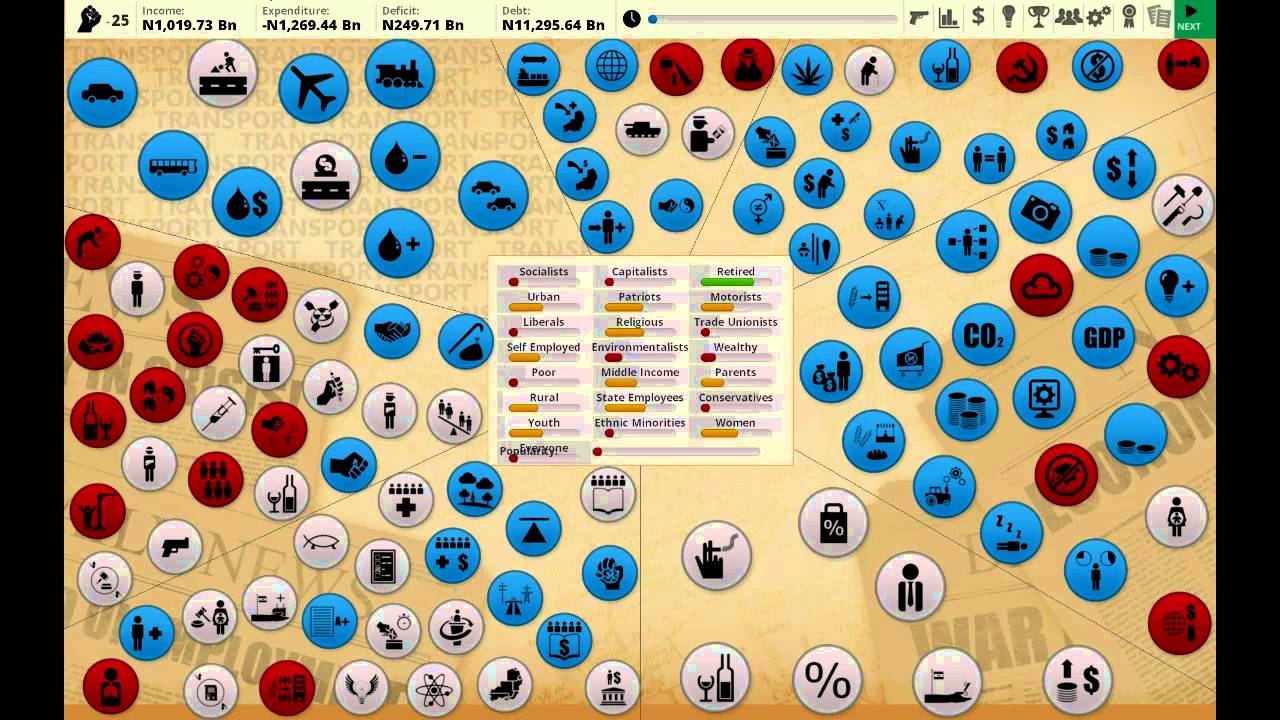 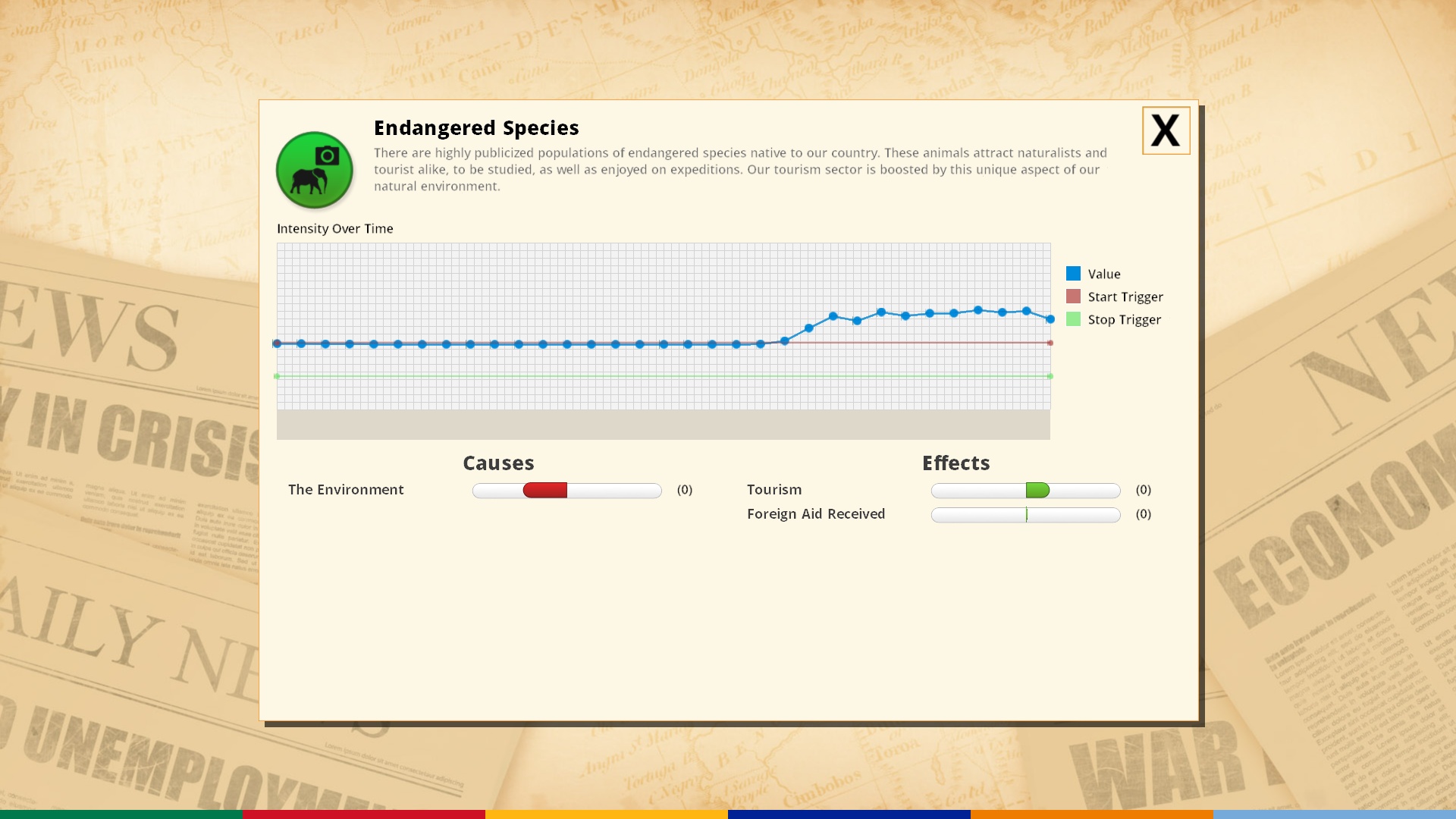 Note: red icons as problems, blue icons as active policies, white icons are standing point that can be adjusts like tax rate and alcohol age, and green icons are advantages.

Overall, Democracy is game about following what people want instead creating and abolishing policies that the player thinks will be beneficial for their nation. Finding a balance between policies that are popular and beneficial is the key of "making the country great again".