Fans are tasked to play detective in this fun little contest from XSEED!
by TheSmartestMoron

On May 27th of 2016, a contest came to an end. But it was never officially announced until it was over. Rather, fans of the series found out through social media -- specifically a Twitter account for Katsuragi from Senran Kagura. She had previously linked to a website where all the characters from the Versus series (barring the Festival Girls and Ryoki) were brought into an online chat by her classmate, Ikaruga, to discuss problems. As expected, it was more of a humorous situation that ended when a spam bot invaded the chat. Yet as the skit ended, something caught the attention of some fans.

That wasn't the only bit of weirdness, as there were other events happening on a wide variety of sites -- and some things that the Senran International Academy forum members were able to figure out. That brings us to May 27th, where the Katsuragi Twitter picture kept changing, turning gradually into static. 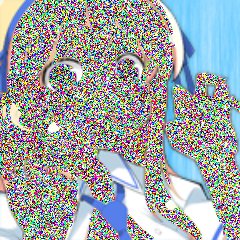 Eventually, it was revealed that some general had taken it over. Specifically, one of the Yoma Generals in Senran Kagura 2: Deep Crimson -- the same generals that were made by one of the former supporters of Hebijo, Dogen. In both the 3DS and Vita series (both following their own continuity), Dogen was believed to be dead. It's currently unknown if they plan to have him return as a major antagonist.

Through investigation, fans were able to find a password and username to a site where Orochi questioned anyone who signed in. 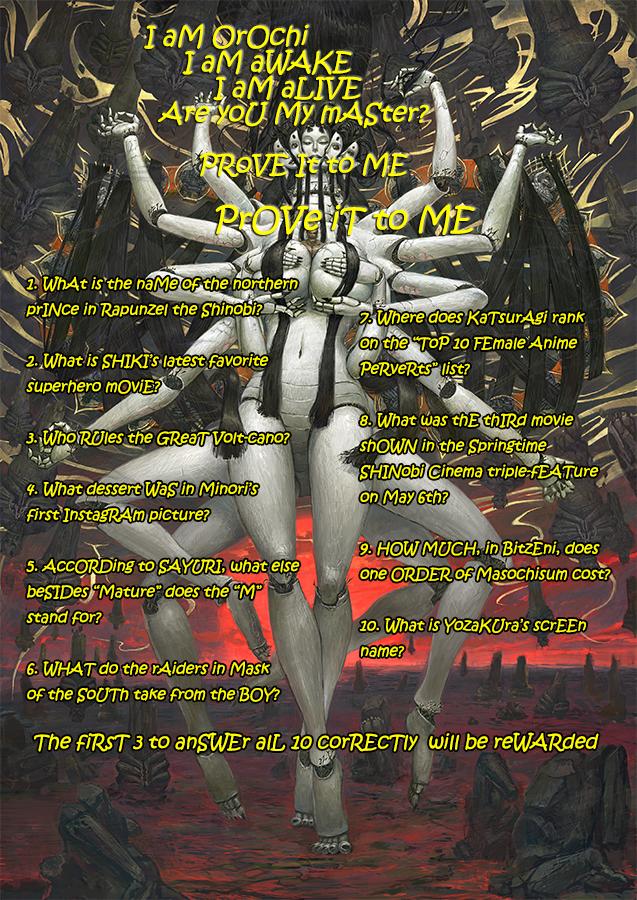 XSEED did eventually announce winners for the event:

Thanks to @UdonEnt for these SK Official Design Works that will go to the 3 lucky winners of the Orochi battle! pic.twitter.com/61yoCWd695

What an interesting way to hold a contest. It's currently unknown if there is a new Senran Kagura game coming, though Estival Versus just released back in March, and Shinovi Versus is coming to the PC in June. You can see my video reviews of Estival Versus and Shinovi Versus if you wish to see how they hold up. In the meantime, congratulations to the winners! And yes, the Katsuragi Twitter account is back to normal!

Any picture sources were gathered by members of the Senran International Academy forums, save for the chat (I used MS paint and screen capture). Senran Kagura is developed by Tamsoft, and published by XSEED in North America.

My name is Jonathan Falu, currently going through my last year at Temple University as a MSP major. I have been writing reviews on my site for several years now, and in 2014, began doing videos on YouTube as The Smartest Moron, which you can find here: https://www.youtube.com/channel/UC1jd__xH8F0pdo2TzFNn7uQ