3 Insane Ideas for Alternative Shooters that Would be Crazy Fun

Shooters are starting to show that they are more than gruff military guys shooting at each other. Here's a few fun ideas for alternatives!
by Clayton Reisbeck

Shooters seem to be moving away from the drab, grey, military shooters that we have become so accustomed to in recent years. New games like SUPERHOT have shown us that a shooter can be a game that requires more thought than just pull the trigger. Even established franchises like Titanfall have brightened up their games and given us a much more enjoyable experience.

With people starting to innovate the shooter genre, what sorts of games could we start to see? Surely we can find some alternatives to the shooters we know to day. Here are three examples of alternative shooters that I feel could be a hell of a lot of fun.

Do you remember the Nickelodeon movie, Snow Day? If not, I'll forgive you. There's only one scene that is important to remember. In this scene, one of the characters gives an overview of three types of snowballs that have different little gimmicks. One of these snowballs has a jelly filled center, one has a hole cut out of it, and the other is just a yellow snowball (I'll let you guess how it became yellow).

I think if you were to combine this idea of specialty snowballs with the Mei's Snowball Fight mode that Overwatch had last winter, you'd have an extremely fun game. I can imagine players using the basic snowball as their primary ammo, but around the battlefield would be different stocks of specialty snow where you can gather snowballs that have different effects. Perhaps that jelly snowball could splatter jelly over an opponent's screen, making it hard to see for a few seconds. I think this would be an all around fun game to play.

Everybody knows how to play tag. I think it's one of the first games we are taught to play as children. This simple idea could transfer pretty well to a video game if you spiced it up a little bit. Just running around an area waiting for someone to tag you would get boring after a while, but if you added in a way to defend yourself, I think you could have something interesting on your hands.

My suggestion for this form of defense is a knockback gun kind of like the alternative fire mode on Lucio's gun in Overwatch. Put the gun on a balanced cooldown and you could have some serious fun with it. Add in some interesting battlefields and this game could be absolute gold. This may be a bit of a cop out, but hear me out. SUPERHOT's take on how a first person shooter works was extremely fascinating to me. Making the game move only when you moved allowed for some interesting on-the-spot planning and fantastic gameplay.

Now you may be thinking, how in the world could you introduce this concept to a multiplayer format? I think the best way to go about doing this is starting a match with only one player who makes time move. The other players in the game are the red players that you have to kill in the original game. The person who moves time has to kill everybody and they win. If the person who controls movement is killed by one of the red players, the person who killed them becomes the player who moves time.

Rounds would likely be on a timer, and at the end of the match you get that same replay that you see at the end of a level in SUPERHOT where you follow the time moving character throughout the whole replay. I think the game would be pretty addicting to play. 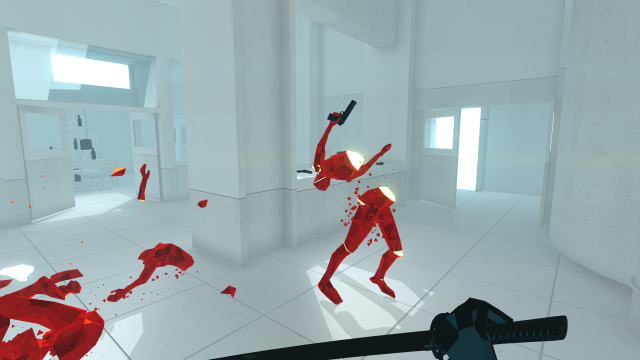 And that's it! These are only a handful of ideas, but I'm sure we are bound to see some interesting shooters come out soon. Developers are starting to realize that gamers are tired of the burned out shooter formula that we are all so familiar with. Thankfully, we are starting to see them shift away from that pattern, and shooters are really starting to be fun again. Hopefully, we'll see something truly groundbreaking soon. Until then, we can keep dreaming of the future.

What do you all think? What kind of insane shooter would you like to see? Let me know in the comments!