Riot Games teased the newest "League of Legends" champion soon to be joining the game's 119 hero cast today. Named simply 'Gnar' little information has come from Riot other than a teaser webpage, but speculation abounds on the game's official forums.
by Travis McGee

Today Riot teased the newest champion that's soon to join the cast of 119 other playable champs with this interactive web page devoted to League of Legends' frosty new combatant. Riot has been tight-lipped on any details not provided in the promo page, but what is known is that the new champ's name is Gnar and he looks pretty angry.

Analyzing the preview page reveals a few more details about Gnar, though. It seems that at one point Gnar had a family or tribe and lived happily in a sunlit land. However, scrolling down on the page reveals that something came along and destroyed his home and people. There's a lot of discussion on the official forums about what (or who) that something may be, but I'm leaning towards Vel'koz myself. The cave painting depicts what looks like a central eye surrounded by tentacles to me.

The next painting down shows Gnar wearing what looks like the skull of one of his kinsmen on his head and roaring, likely enraged at whatever destroyed his home. After that, though, it seems Gnar somehow got trapped in ice but has finally torn his way free. Not much to go on, but Riot sure has teased us with just enough to have everyone speculating. 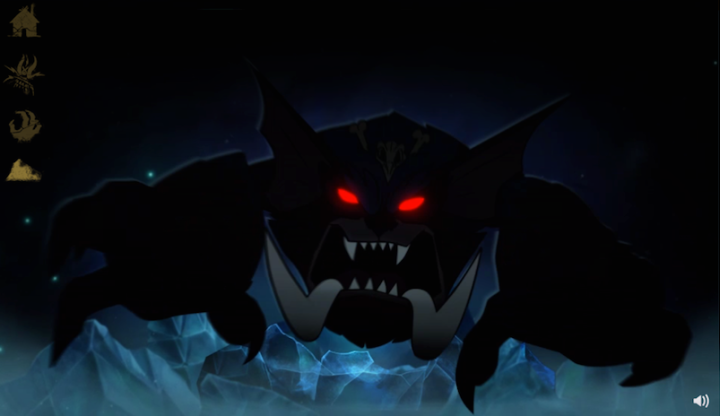 Also, there's an unconfirmed rumor that this new champion was actually predicted in September of 2012 when a player named Lunarwind posted a "champion suggestion" to the forums that presented "Gnar, the Snowmass Sorrow."

Granted, Lunarwind's depiction of Gnar seems a great deal friendlier and cuter than what Riot has unleashed, but with an abundance of information still to be released we'll have to wait and see. Be sure and let us know what you think in the comments: what sort of skills will this new champ bring to the table? Are we looking at a tank/support or a bruiser assassin? What do you think happened to his family/tribe?

And as always, keep an eye on GameSkinny for the latest League news and updates.