Why Alien Isolation Deserves a Sequel

If Sega would only give Creative Assembly another chance, they could have finally had a big franchise on their hands.
by Jeff D_7921

Alien Isolation was one of my favorite games in 2014. Developed by Creative Assembly (ironically a studio known for strategy games such as Total War) it was a suspenseful horror game that got the Alien franchise back on track.

Unfortunately, Sega reported disappointing sales on the game, selling roughly 2 million copies. To further complicate things, Creative Assembly is now developing Halo Wars 2 with 343 studios. This all but guarantees that a sequel is not in the works. I feel this is a big mistake.

Yes, I will admit that Alien Isolation did have flaws that led to divisive reviews from several outlets. The game dragged a bit too long due to pacing issues, and plenty of frustrating deaths. The alien could not be killed, you couldn't outrun it, and it had a one hit kill.  In this game of cat and mouse, you were very much the mouse.

I didn't mind this as much as others, but nevertheless, it was a problem. There was also the issue of backtracking. Way too often were you forced to loop back to the same sub-station for the fourth or fifth time.

This may sound like a plethora of problems, but the game had a really good concept and foundation set for it to become a successful franchise. If the developers were able to make a sequel they could easily correct some of these issues and expand on the concepts of what made the first game great. Creative Assembly took the series back to its roots, with a look and feel similar to Ridley Scott's original film.

How Alien Isolation can improve through influence from the Bioshock series.

The sequel could expand on this by taking inspiration from games like Bioshock. Make multiple aliens this time around and make them killable. By all means still make them a force to be reckoned with, give them the same difficulty as a Big Daddy from the Bioshock games. Give the player limited resources which would still make their stomach drop at the sound of the hearing a hiss come from the vents above. This would add variety to the gameplay in a pseudo stealth/action-adventure kind of way.

I'm sure the developers could also create a bigger station for the next game which would cut down on the back tracking. Either that, or have multiple stations to travel to and maybe even a planet section similar to what first game teased us with. 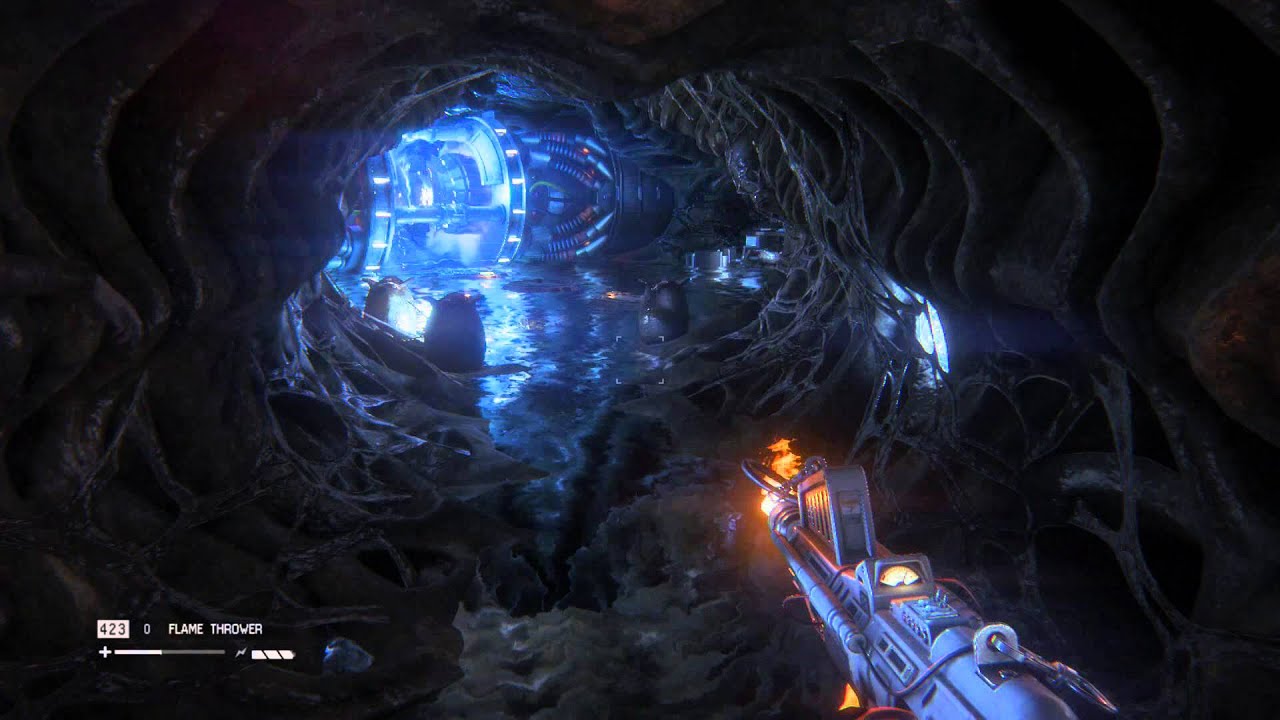 Now we all know the gameplay benefits of a sequel, but how would the game sell better? There are a couple of ideas. I still believe the sales of Alien Isolation were hurt by the disaster of the previous Alien Colonial Marines. Having a sequel to Alien Isolation with Creative Assembly at the helm again would give gamers a sequel to the title that had far better reviews, meaning more hype and marketing.

Releasing the movie and game hand in hand could benefit both sides.

Timing of release could assist with better sales as well. Ridley Scott has announced he is making another Alien film. If the game were to come out around the same time as the film, it could attract a larger crowd wanting to check out the game.

Overall, it's disappointing to think we may never get a sequel to Alien Isolation. The hope of what could have been may always linger since the first one showed such promise. Hopefully one day Creative Assembly will come back to the series after it's done with Halo Wars 2.