The new chapter in SWTOR will have lasting effects on the world as it revisits what the fan base called for.
by Nick Lee

Star Wars the Old Republic - Knights of the Eternal Throne, The War for Iokath is an adventure that refocuses on the conflict between the Galactic Empire and Republic while challenging players like never before. Iokath is an ancient planet that is entirely run by droids, but has become a point of interest for both factions as they seek to shift the balance of power away from the eternal throne. Iokath is home to great technology, but above all a super weapon capable of mass destruction.

In an exclusive live stream via UStream and roundtable Q&A, we spoke to Deborah Shin, Sr. Brand Manager, and SWTOR creative director Charles Boyd on April 4 about the update and what players can expect going forward. The update, also known as patch 5.2, follows directly after the conflicts with the Eternal Throne -- who the player's character is as the head of after defeating its' former royal family. The update takes a different direction however, Boyd stated :

We think its leaning into what are players have been asking for. More multiplayer, more for guilds

Return to the Classic Conflict The focus of the new update is around what players wanted out of SWTOR, as it returns to the forefront of the classic Republic versus Empire feud. This takes on a new role in the update however, as players have the option to betray or uphold their original intentions when first starting with a faction in-game. Along with these returning faction choices come returning companions and allies. In the update the Republic will be aided by Havoc Squad's Jace Malcolm and Elara Dorne, while the Sith will be aided by Malavai Quinn and Empress Acina.

Boyd went on to say that in this update and from here on out, "Choices lead to irrevocable consequences," to which the story can change dramatically from player's actions. Another return will be the use of Theron Shan whose familial drama may cause problems as well. One of the best aspects of this is the ramifications it will have on players after they finish the main storyline of the update.

From here on, players are going to be able to engage in PvP matches with friends one day, and against them the next. The new system allows players to change allegiance per day through daily missions that yield unique rewards.

Another aspect that will receive focus thanks to fans desires is the focus on teaming up with friends and fellow players to take on bosses, one of which makes his debut in the April 11 trailer named Tyth, the god of rage. Players will take on bosses such as him and be able to receive more unique items as they pair up in teams of eight or 16. Bosses such as Tyth were first tested in private test servers that Boyd said they would be "leaning on" in the future as it allows for better feedback before release.

This news, while similar to what has been done in past updates, will differ in the replayability for players. In The War for Iokath update a new tier has been added which will allow players to receive more items and loot from the Galactic Command system. At rank 300 players will be able to receive new sets of gear and replaying it will allow Tier 4 drops rather than the previous repeat gear of tier 3.

Repeat drops have also been addressed so that players will now be less likely to receive duplicate items from drops as well. This function will allow players to feel adequately rewarded for level progression. Further, PvP will still utilize features such as walkers that players can command, but has added components to change up the gameplay. These features include turrets the player can place and a remote controlled mouse droids for stealth attacks. When it comes to bringing back old players who may have dropped out due to Knights of the Eternal Throne's story or from raiding being a more neglected aspect of the game, Boyd stated:

We've seen a lot of old players return to [SWTOR]. Word of mouth has been excellent to get more operation players back. [The update] hopefully will be a good opportunity for new players to branch out. Hopefully the bug will bite them and they’ll get their gear and have experiences with friends from their guilds

Level 70 players will be able to access Iokath, and when battling fellow players they will drop Iokath specific currency. This adds in the the aspect of being able to change sides when players desire, while also allowing us to receive better replay value from the update.

More for the Future 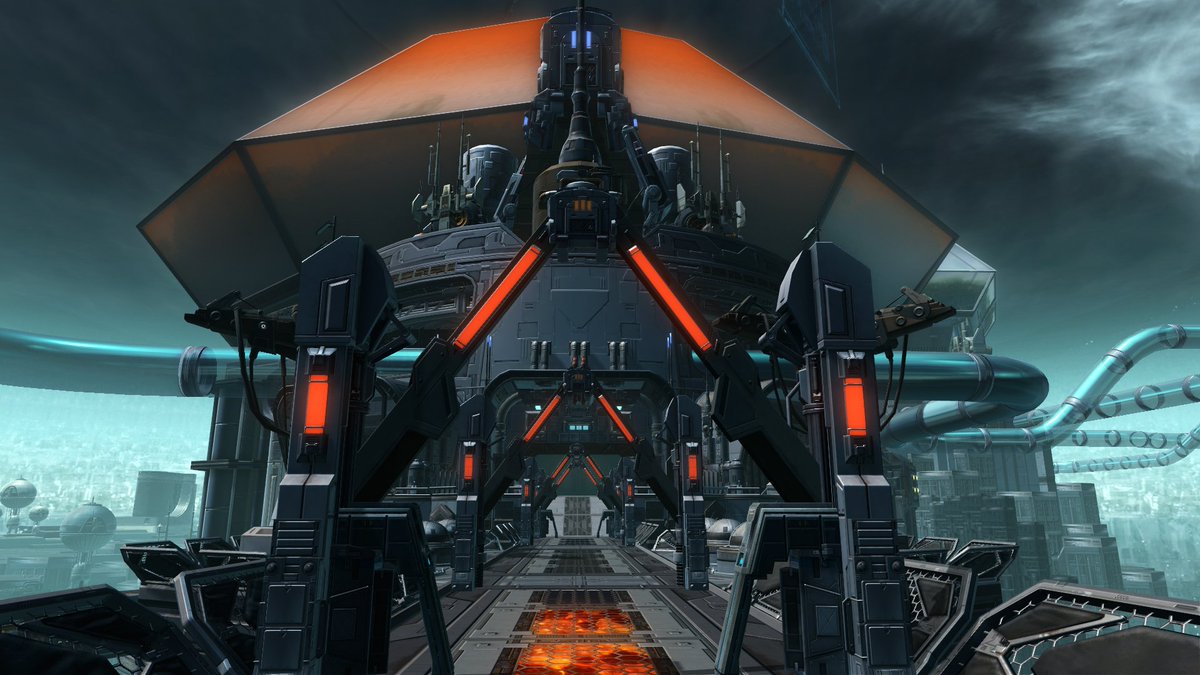 When it comes to the state of these changes, so far they are mostly in favor of Iokath, especially the faction switching options. Faction changing previously was only done when a player either created a new character or in the previous story with Knights of the Fallen Empire. If problems should arise, Boyd assured us that the team has done a lot in terms of optimization for boss battles and to improve player rewards.

The War of Iokath brings a host of PvP changes, such as faction switching, and boss battle improvements, along with a whole new story which takes place after the events of Knights of the Eternal Throne, and a new currency specific for Iokath.

If these changes will truly continue to bring players back while adding new ones remains to be seen, but the return to the classic galactic conflict gives us hope. Finally, the story of Iokath is one that seems to be the starting point for far more in SWTOR, all hinging upon the fun we get to have now and that may be just as exciting as the update itself.