Earlier this year, Lara Croft returned to the gaming world in Square-Enix’s critically acclaimed Tomb Raider. Presenting a much more realistic take on the famed adventurer, the game focused on her early years and what turned her into the iconic figure that she is. While a sequel is all-but-inevitable, there has been little news on the subject since the game’s release.

A sequel of sorts, however, was announced at San Diego Comic Con. Dark Horse Comics revealed that they will be publishing an ongoing Tomb Raider comic series starting in 2014. The writer for the series was announced as Gail Simone, best known for her critically acclaimed tenures with Wonder Woman and Birds of Prey, as well as her current posting on Batgirl. 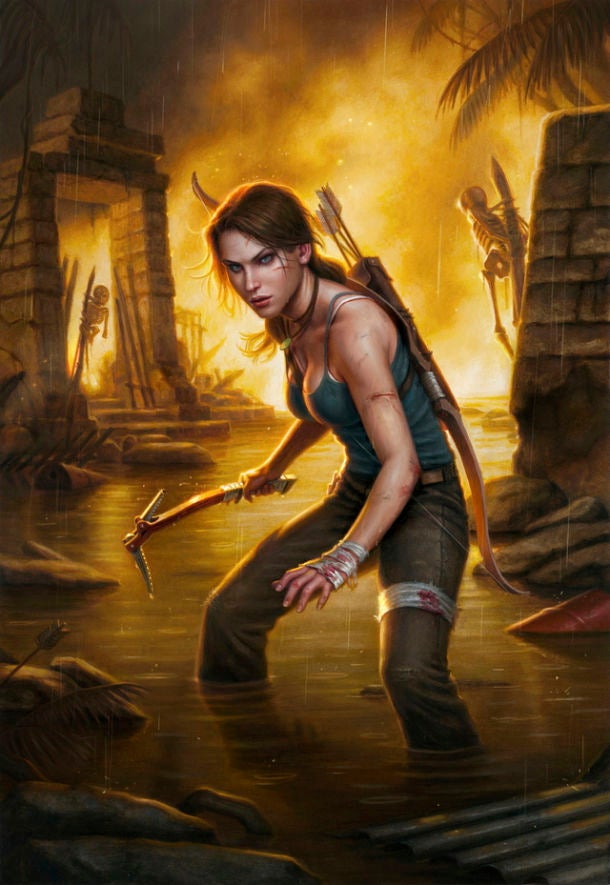 The series will be titled Tomb Raider and will begin a few weeks after the events of the game, and is set to tie directly into the inevitable sequel. Kotaku spoke with Simone, who said she’s looking to explore Croft’s adventures in a way the first game didn’t.

“I chose to do this series solely because I loved the game so much, so we’re definitely keeping the tone of the game... I’ve always loved the classic, cool Lara Croft, but this feels like her origin story, like we’re seeing her before she becomes the icon, and it’s very compelling to me. The storytelling in the game hooked me instantly. The biggest difference is, the game told a claustrophobic story in an isolated setting. We are going globetrotting.”

“The way I see Lara now is, she’s not after treasure. She’s not really after thrills. She’s a questioner, she’s an explorer. She wants answers. The thing is, she’s completely unstoppable. That’s what I love. Everyone underestimates her, and that is a terrible mistake to make.”