5 Pokemon You Didn't Expect to Be Powerful, But Actually Are

Many Pokémon don't seem powerful at a glance, but can be quite good when used appropriately.
by vegna871

With well over 600 Pokémon now, and soon to be many more on the way, you'd expect that some would be less useful than others.  Of course you'd be right, but not always in ways you'd expect.  Many Pokémon don't look to outwardly powerful, or don't seem viable because they don't deal high damage.  However, a large number of the Pokémon that don't seem too tough are actually quite threatening.

Scrafty wins a very tough bid for fifth place simply due to how threatening it can be.  It looks rather silly and initially doesn't seem too powerful, but teach it one of two key moves (Dragon Dance or Bulk Up) and it can boost its stats sky high.  Dragon Dance is good if you want to up its somewhat poor speed, while Bulk Up is good if you want to make it a tank to take hits and dish them back out.  Its Dark/Fighting typing also allows it to hit a rather large percentage of Pokémon for neutral damage. Combine these with Rest and its Shed Skin ability, which sometimes allows it to wake up instantly, and you have a rather excellent threat. It's biggest weakness is that it takes a few turns before it can start gaining momentum.

If Scrafty was silly looking, Wobbuffet just looks plain stupid. However, when used strategically, Wobbuffet can be quite devastating. Wobbuffet's ability, Shadow Tag, prevents the opponent's Pokémon from switching out.  While there are ways around this, many Pokémon don't have access to or don't tend to carry the correct moves required to do so.  Wobbuffet also boasts high HP and the moves Counter and Mirror Coat, which deal damage equal to twice the amount of HP Wobbuffet was hit for this turn. Counter acts for Physical moves while Mirror Coat acts for Special moves. Given its high HP, these moves tend to deal massive damage. The combination of this allows Wobbuffet to trap an incredibly powerful Pokémon in the arena and take it out with relative ease, though prediction is of paramount importance when using Wobbuffet.

If you know at least the first two generations of Pokémon, you're probably thinking "But isn't Chansey's evolved form better?" The simple fact is that the two are actually interchangeable. Chansey and it's evolved form, Blissey, act as great Special walls. Both Pokemon have high HP and special defense, allowing them to sponge physical hits.  Blissey's stats are naturally higher, so at a glance it seems Blissey would be the Pokemon to go for. However, there is an item called Eviolite that drastically increases the defensive powers of Pokémon that aren't fully evolved yet. This makes Chansey better capable of taking hits than Blissey. The only reason Blissey is also viable is because its HP will still be higher than Chansey's and it has an open item slot to carry the valuable HP restoring Leftovers item.

Ditto was really cool for about 15 minutes in the original Pokémon game, until the Transform novelty wore off and you realized having to wait a turn before you could start attacking put you at a serious disadvantage. This made Ditto pretty useless for a while, at least until the most recent generation. Ditto now has a new ability called Imposter that allows it to transform as it switches in. Combine this with a Choice Scarf and you can get a faster version of one of your opponent's greatest threats. You will be limited to one move until you switch out again, but it still makes Ditto a versatile and threatening Pokémon. 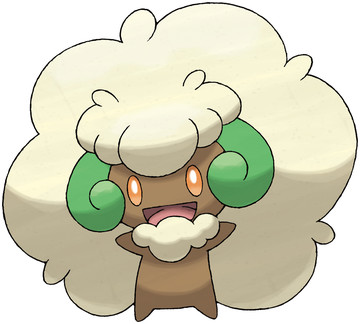 Whimsicott is a bit of an oddity. It doesn't look terribly powerful, and its stats don't make it seem terribly frightening. However, Whimsicott is quite a frightening Pokemon due to its Prankster ability. Prankster makes any non-damaging moves a Pokemon has go first. This means that it can inflict status effects, buffs, and debuffs before the opponent has a chance to act.  With Stun Spore, this means it can effectively halve the speed of any Pokemon on the opponent's team before going down. Its other four moves can also be delegated to support moves, making it a supreme irritant to any opponent. While it gets number one on the list because of how unassuming it is, it lacks any moves that put foes to sleep, which would make this Pokémon truly terrifying.

So what do you guys think? What are your favorite Pokémon that subvert expectations? Sound off in the comments, and stay tuned to Gameskinny for more Pokémon news and culture.