Pokemon Go players bring ruin to a park and community -- and the city council fights back
by Kevin S. Behan

A very small park in Rhodes, a suburban area of Australian capital Sydney, is one of the hottest places for Pokemon Go trainers to mingle. The location has three Pokestops in very close vicinity to one another, to a point where just by going to the park you can hit all three at once. While this has definitely been a boon for aspiring Pokemon masters, it has been a detriment to the neighborhood.

Parents are reportedly afraid of bringing their children to the park, which is now dominated by young adults who are there at all hours of the day. The normally quiet night is now filled with yelling. Emergency vehicles have been halted by trainers disregarding the law of the road.

The park itself is being damaged too. There aren't enough park rangers to properly monitor the sudden population boom, despite the council hiring more staff specifically to deal with this issue. Littering is a huge issue, with the park and surrounding area being covered with trash. Some have reported people taking a leak on park property. 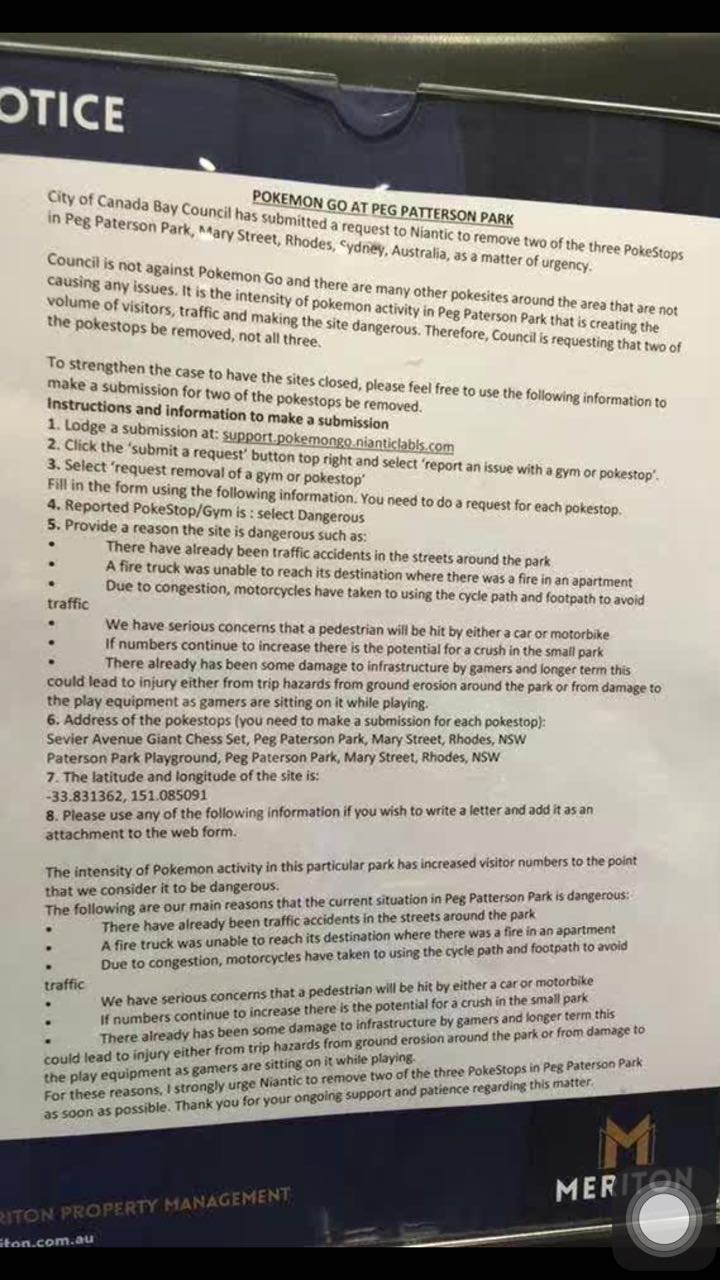 I'm not gloom and doom about Pokemon Go, but developments like this are interesting. What do you think? Any qualms about Pokemon Go players? Let us know in the comments below!