Every now and then, games try to push the line to see just how far they can go with some rather not so PG moments.
by chopchamen

Video games over the years have presented us with some pretty bad moments, some were gruesome, some gave you a choice of doing good or bad. Some have faced controversy, while others people stared at with tossed stomachs.

Below are 10 of the most savage, if not morally twisting moments in gaming history. Warning: some images might be disturbing to some viewers. 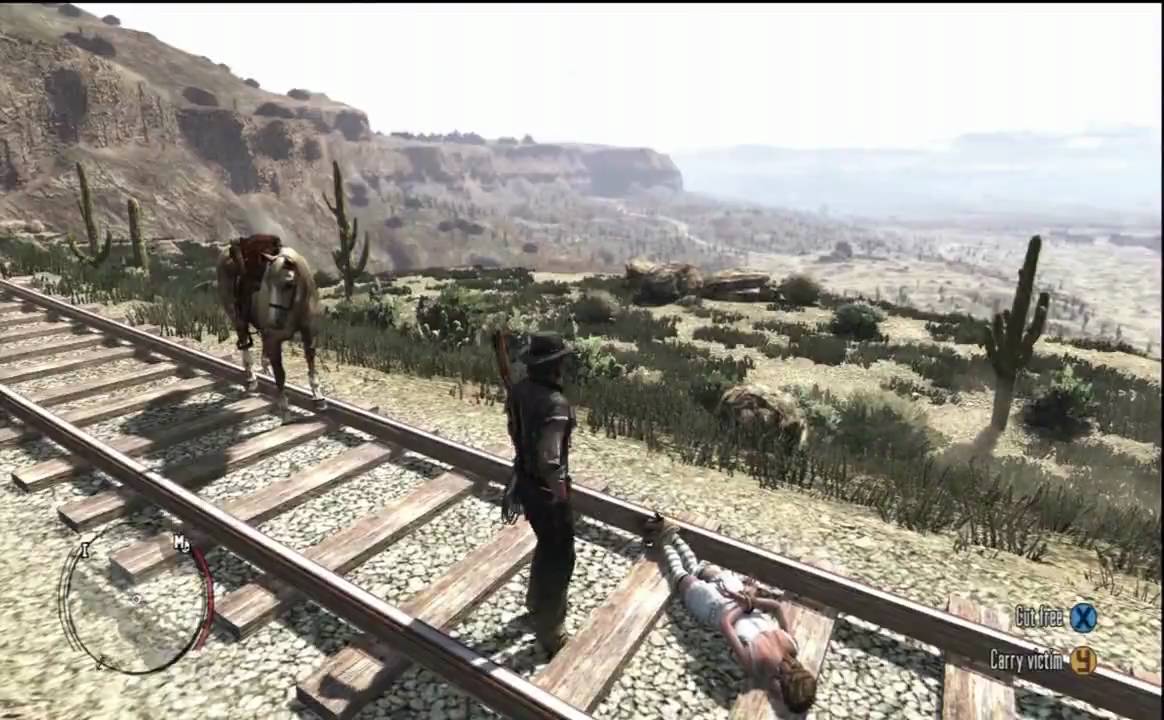 In order to get this achievement or trophy, you had to tie a woman up with a rope, take her to some train tracks, and lay her over them, then you had to wait for a train to come run her over, only to see her explode into a cloud of blood. This was kind of surprising, as someone who was expecting the NPC to kind of just ragdoll along the locomotive.

Upon arriving at a village near the start of the game, you are attacked by the villagers there, after running into a house for safety, you see one particularly angry villager with a chainsaw. After the cutscene, if the chainsaw man got close to you he would go right for the neck, swiftly cutting your character's head off as his body drops to the ground.

After offering your service to Sheriff Lucas Simms to disarm the dormant bomb in the middle of the settlement, you can head up to Moriarty's Saloon where you are approached by a man named Mister Burke, who offers you 500 caps for rigging the bomb for detonation. After you do this, you go to a location he previously disclosed to you, and you are granted the act of flicking the switch to destroy Megaton. Destroying an entire settlement with a dormant nuke? Who would do such a-- Okay, yeah i did it. 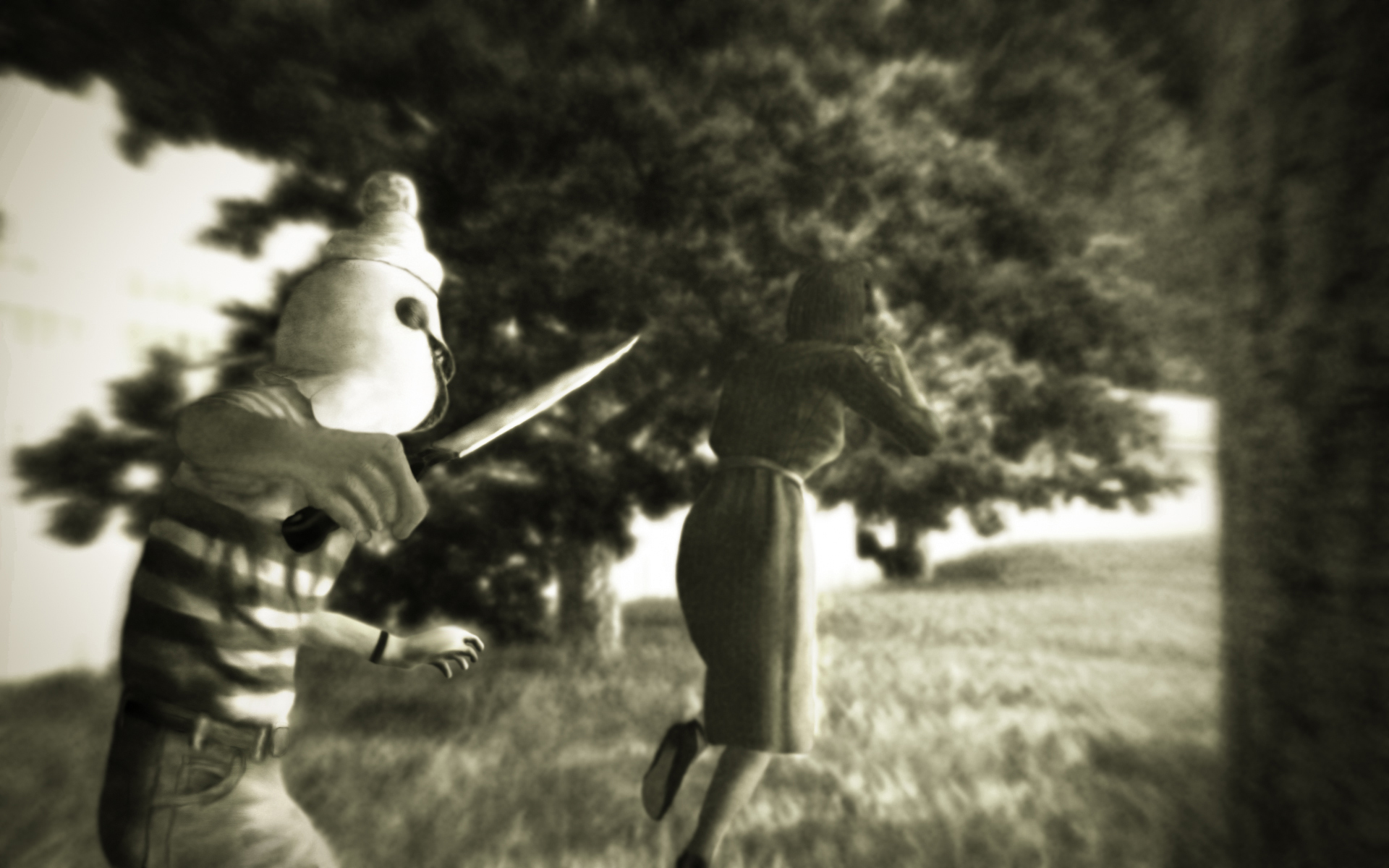 This one also being from Fallout 3 is a bit on the gruesome side, you infiltrate Vault 112, and enter Tranquility Lane. There you have to talk to a girl named Betty, who asks you to do a series of task that will lead you down the bad path, eventually she will ask you to acquire a mask and knife, and kill off everybody in Tranquility Lane. It's kind of like getting to be a miniature Jason Vorhees. 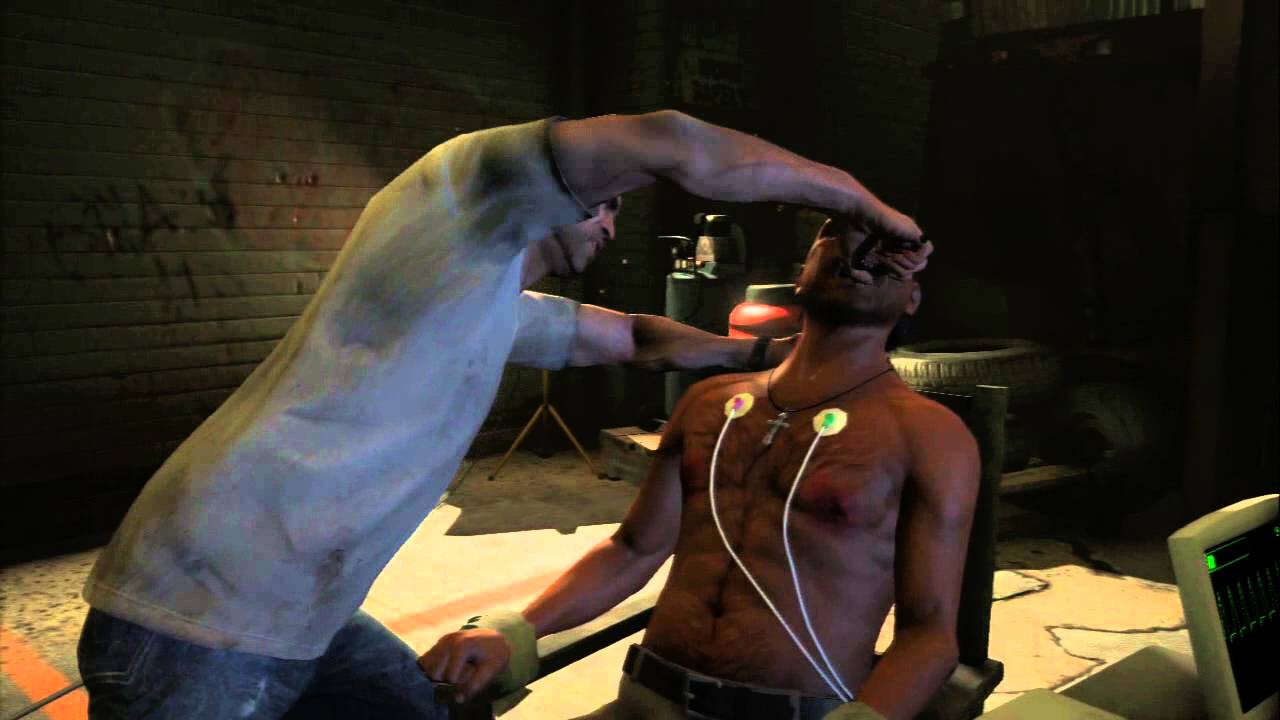 In this mission you had to play as Trevor and Michael. Michael's objective was to snipe a target, while Trevor had to torture a man you had previously kidnapped for information regarding the target's appearance. In the process of torturing him you can waterboard him, hook jumper cables on his nips, pull out one of his teeth with a set of pliers, or go for the knees with a big ol' wrench. 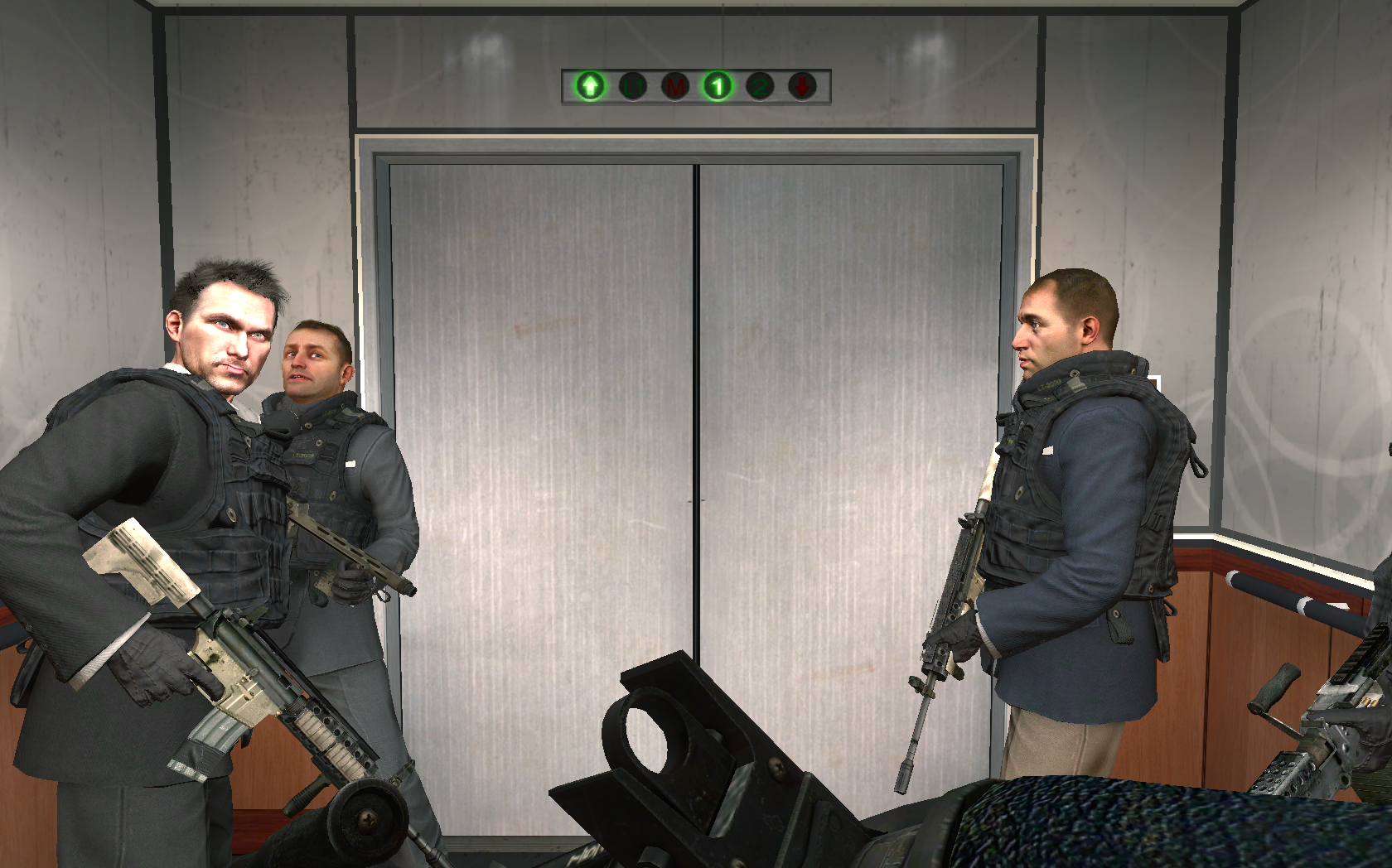 This mission takes place in an airport with a lot of people about, doing their business. You play as Joseph Allen under the alias Alexei Borodin. You have to earn the trust of the Villain, Makarov as you are an under cover agent. In the first part of the mission, you walk out with 4 other gunmen, as they open fire on the civilians. You continue to follow Makarov through the airport as they kill every civilian in sight, and then later on you have to fight off the police. This mission has caused some major controversy, and has even caused the developers to put in an option for the players to skip the mission entirely.

In this scene your character, Ethan is trying to follow the orders of the origami killer in order to save his son, he has no choice but to remove the top section of one of his fingers, to do this you have to prepare with painkillers, disinfectant, and one of the many sharp objects laying around the apartment. He gets ready to cut off the part of his finger, only to slice or scissor down on his finger with whatever you chose, causing him to scream in agony.

On one mission you have to go rescue Quiet as she had let herself get taken captive as prisoner. There are a a few times Quiet makes you want to cringe, but never as bad as the time one of her captors tried to drown her and have his way with her. The moment she realizes this, she jumps up and gets around him, breaking his neck then goes on to attack the other captors. She even goes so far as to bite off one soldier's ear and stab another soldier in the privates several times. 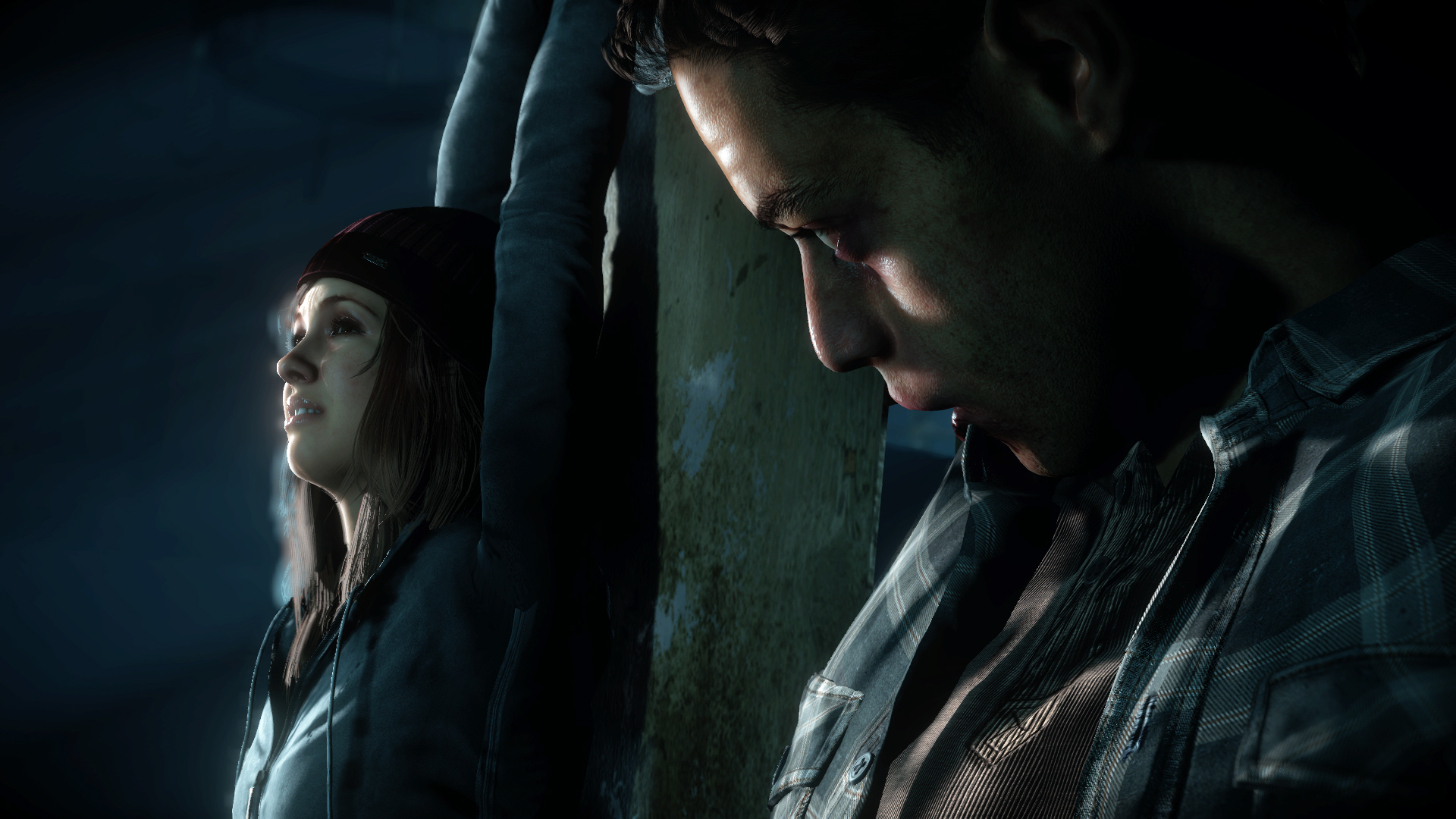 In this scene, you play as Chris who had waken up after being knocked out by a mysterious masked man. Chris tries searching for his love interest, Ashley only to find her, and his best friend Josh tied up in front of a buzzsaw. A voice comes on over an intercom, telling Chris that he must choose which one of them to save, and which one to kill. After choosing, the buzzsaw goes down course, cutting through one of their waists, the camera focuses heavily on the separation, showing their intestines falling out. 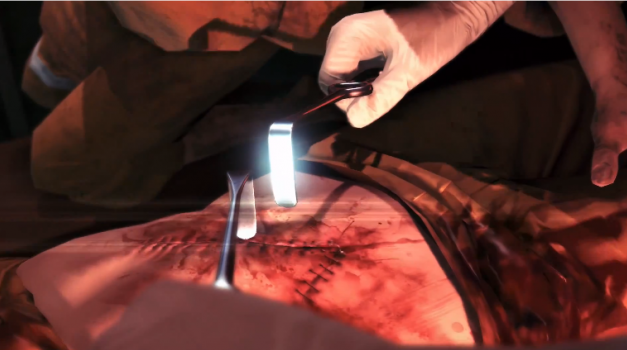 At the last mission of Ground Zeroes, you have to save Paz, and Chico from captivity, only to find out that Paz has a bomb inside of her, With little time, they have to hold her down and cut her open without any anesthetics. It actually shows intestines being pushed out of the way by the paramedic's hands as he grabs the bomb, after a grueling minute and a half, they finally get the bomb out, and close her back up.

What do you think? Do you feel these moments were savage? Do you have any moments to top these? Let us know in the comments!