Battlefield 5 title and artwork revealed ahead of event

It looks like the rumors are true and we'll be going back in time to World War I in the upcoming Battlefield 5.

An image from the game showed up on Xbox Live this morning in order to advertise today's livestream.  A retail promotional poster was also found on Reddit, showing the same image and confirming the title of the upcoming entry as Battlefield 1. 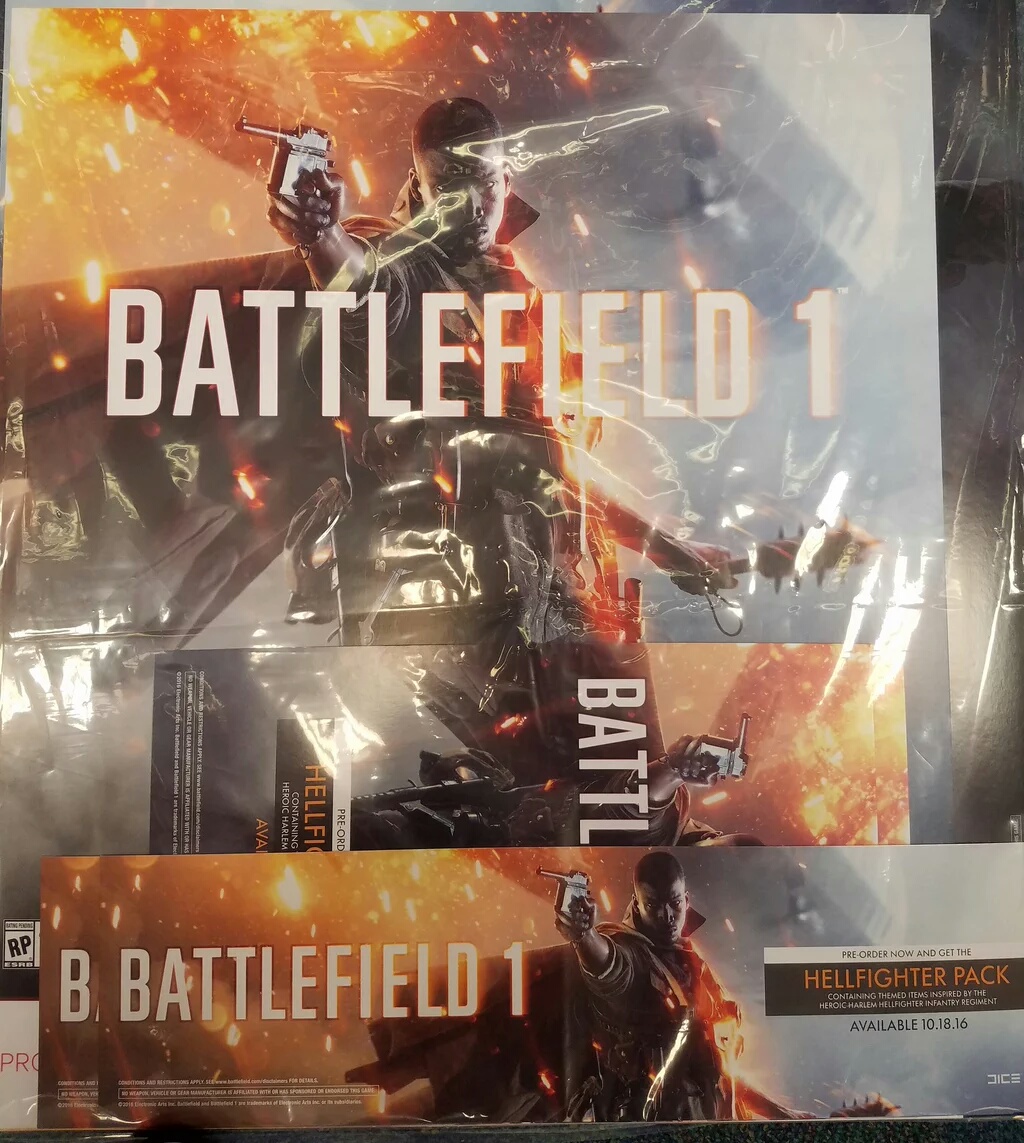 As you can see in the image above, a release date of October 18, 2016 seems to be all but officially confirmed, and there will be a DLC entitled the Hellfighter Pack.  The Hellfighter Pack will contain "themed items inspired by the heroic Harlem Hellfighter infantry regiment."  Whether this pack is just a pre-order bonus or DLC available to the public is still unknown.

Finally, it seems a Battlefield 1 beta will be announced at the event as well. According to an image found on NeoGAF (below), if you register to become a Battlefield-Insider, you will receive early access to the public beta as well as other exclusive content.

We'll be covering the Battlefield Event when it starts at 4PM EST / 1PM PST, so be sure to check back when the time comes for all your Battlefield needs.