Left 4 Dead 2 is my favorite zombie game ever.
by Synzer

The story of Left 4 Dead 2 is pretty straightforward. A group of four survivors band together to survive the zombie apocalypse in Louisiana. Each level has its own theme and a finale that requires players to do something specific. Each character has a specific one-dimensional personality. This provides for some very comedic moments when they talk to each other.

For example, Ellis is the stereotypical trailer park, white male. He talks in a heavy southern accent and is usually not very intelligent. He does surprise people sometimes, like in the finale of the first campaign, Dead Center. Ellis knows that a famous stock car is located in the mall, but won't have gas in it. He comes up with the idea to find gas to fill the stock car up so that they can drive it out. 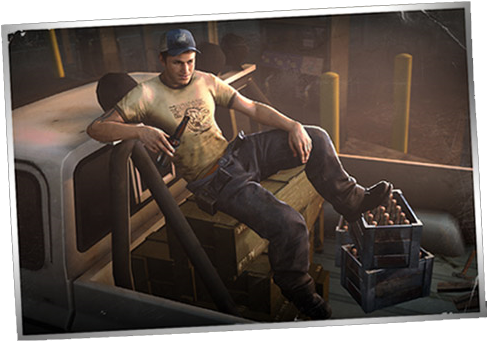 Besides the gameplay, the sound is the best part of the game. The music adds perfectly to the feeling of the game at the time. When a Tank appears, the music gets frantic, and when you are not facing many zombies, the music gets eerily quiet. The sounds of the zombies themselves, especially the special infected, are high quality as well. Each sound is unique and expertly crafted to fit into any situation.

My favorite is probably the Witch. It is always bone-chilling to hear the crying of a little girl because you know she is nearby. If she is alerted, she lets out a ear-splitting shriek and the music changes to match your hopelessness.

The gameplay is fantastic in the Left 4 Dead series. You play as one of four survivors and go through the campaign with three other players, or NPCs. There are several guns and melee weapons to choose from to combat the zombies. Each campaign level has sub-levels. Each sub-level has a safe room at the end that the survivors must reach to move on to the next part of the game. The last sub-level of each campaign level is the finale, which requires much more than just making it to a safe room.

Along the way you'll have various items to pick up and use to give you an edge against the horde. Pain pills temporarily increase your health if not full, health packs permanently increase your health if not maxed, boomer bio marks a zombie or area that zombies will swarm to, pipe bombs will attract all zombies to its location and explode shortly after, Molotovs will burn zombies, adrenaline shots temporarily increase your movement and attack speed, and defibrillators can bring dead teammates back to life. 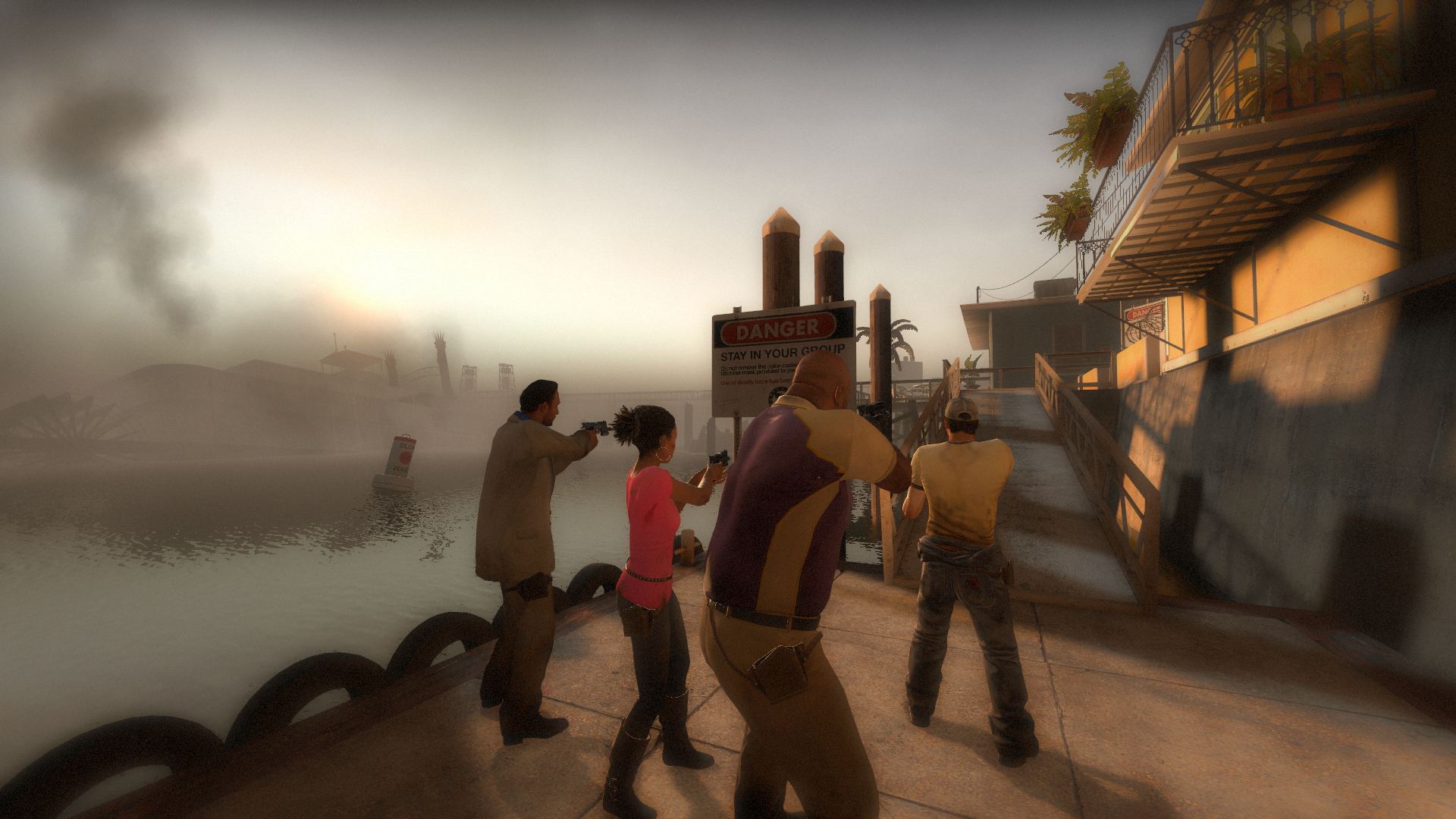 The thing that makes Left 4 Dead 2 unique from most zombie games, is the ability to play as the zombies. There are multiple game modes, but the most popular is Versus. In this game mode, two teams of four will take turns playing as survivors and infected. Each member on the infected team is randomly assigned a special infected to play as. The goal for the survivors is the same, make it to the safe room. The infected have to stop the survivors from reaching the safe room. Points are given based on how far each team gets, how many survivors are alive, and how much health they have. Whichever team has the highest score after each has done the finale, wins.

The Hunter, a jumping zombie that pins survivors down.

The Smoker, a tall zombie that uses its long tongue to bind survivors.

The Boomer, a huge zombie that spits or explode on survivors to attract a horde of zombies.

The Spitter, a lanky zombie that spits or explodes into acid that can quickly down survivors.

The Jockey, a small and fast zombie who jumps on survivors to pull them away from the group.

The Charger, a zombie with one huge arm and runs into survivors, slamming them into the ground repeatedly.

The Tank, the biggest and strongest zombie, who slams survivors with its huge arms or throws huge pieces of the ground.

Finally, the Witch is a young woman who stays in one spot and cries, if she is startled, she will run to that survivors and immediately down them. The Witch is not playable, only computer controlled. And, the Tank will only come out at certain points.

Left 4 Dead 2 has a high replay value. Special infected don't always come out at the same time or the same type, so there is always surprise there. The multiple game modes, especially Versus, give tons of replay value since you never know how each game will go, or what special infected you will play as. It can still get slightly repetitive when played for long periods of time, but I still always come back to it.

Do you enjoy Left 4 Dead 2? Anything else about the game that I might have left out? Let me know in the comments.

Our Rating
8
Left 4 Dead 2 is my favorite zombie game ever.