The PissPadd: Bringing Video Games to your Bathroom Breaks

Playing water-sports will never be more fun than with the PissPadd - it can turn your daily bathroom break into a full on game - quite literally.
by Engela Snyman

The PissPadd is a new gaming peripheral designed by Paul Sponagl that will apparently ensure a lot of bathroom fun for the whole family -- or at least those individuals that can pee standing up. The entire console is a single pad placed in your urinal, which is then connected via Bluetooth to either a smartphone or wall-mounted tablet.

Your 'stream' will hit the pad -- which consists of over 1000 measuring points -- and that will control the score. The longer you can hold out the better. So good aim and a big bladder is a bonus. 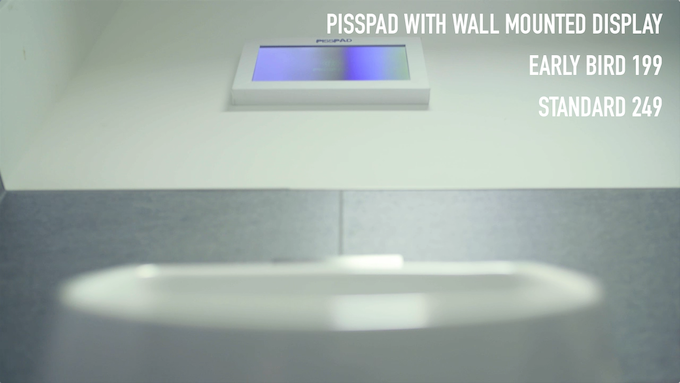 The console will have three high-score lists -- the current game session, the current location, and of course the global score. The available games for the console are in the works, but they hope to have an open source for developers. And yes, women can play too -- or at least try to.

Here's what the head of the console's development team had to say:

"When I was a wild student celebrating at parties, I thought that an interactive electronic game would break up the monotony of trips to the bathroom and create some fun competition and bragging rights during the celebrations."

Is it any surprise the idea spawned from a university student's dorm room? They may have been as pissed as the console when they thought it up. 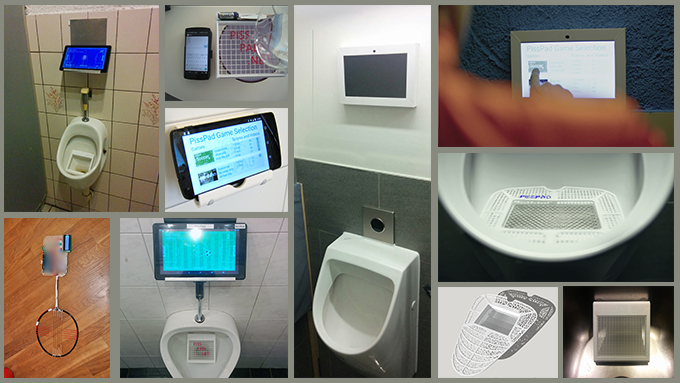 He goes on to say that back then, technology just wasn't ready for such innovation.

"It is now time to put technology to good use: turning pee streams into bit streams and fun competition!"

Despite the game-beginnings, PissPadd might be a good way to help toddlers with potty training. As silly as it sounds, it could even encourage boys to pee straight (and some men, let's be honest) -- especially if a high-score is involved.

Of course not many people really warmed up to the 'pissing is a game' thing. The console was added to Kickstarter a year or so back, but was pulled after they received piss-poor funding. However, the developer is currently trying to promote the console in Germany.

Only time will tell if we'll ever see the PissPadd, but it sure looks like a wee bit of fun.