5 Pointless NPC Deaths That Were Used For Emotional Exploitation

A short look at some of the NPC deaths that have made me roll my eyes...or cry them out.
by Catrana

Every now and then, I'll be playing a game--growing attached to the characters and their settings--when a NPC death will come completely out of the left field. Sometimes, these deaths are genuinely upsetting. Sometimes they are so obviously a ploy to provoke distress that it breaks immersion and, instead, just makes me mad.

Spoilers ahoy, so if you don't want to risk it I suggest you make the back button your life ring and abscond before I start listing things.

We didn't spend much time with Alex over the course of the game. He was a fifth wheel, and what we knew about his character was mainly inferred information. He wore thick glasses, a cool t-shirt. So we assumed he was a geek. His journal entries revolved entirely around the hero-worshipping crush he had on Lara (which, while a nice inversion of the trope, was still pretty lazy in an otherwise brilliantly written game) and the little interaction we had with him did the same thing.

Alex? Alex died for a single spanner and a screwdriver.

He died to introduce a little love interest angst and signal that any chance Lara had of a normal life with a picket fence and two point five children was now dead. 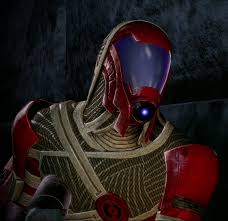 This one was a low blow. More so because we didn't even get to see the brave Quarian Marine die on-screen, just heard about it through a message at our private terminals. I get that we can't be everywhere when the galaxy is at war...but Reegar deserved better than that.

While we're at it, Bioware...what gives? Leandra wasn't Thedas' greatest mom, but she was a decent character. I'm not mad that she's dead, per say, just that the narrative forced Hawke to be stupid. Even if you put the clues together before she's even captured by the evil necrophiliac blood mage, you cannot do anything about it. The game presents a way to save her, to get there hours earlier, and it's still a dead end. Every path leads to doom, and it was a really cheap way to get an emotional reaction out of us. In the words of Arl Howe...whose death was definitely deserved, Leandra 'deserved moooore'. 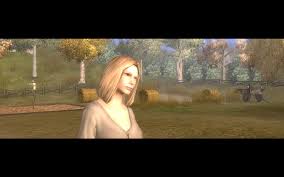 This one is Obsidian's fault, and it was just as stupid as Leandra's. The odds are, you weren't really attached to Shandra when she died - she was a bit too forthright for many players, I recall, rightly upset with the destructive influence the PC had on her life - but her death was just as avoidable as Hawke's mother's. I actually screamed at my screen:

SHANDRA YOU ONLY NEEDED A DROP OF BLOOD. NOT TO SLIT YOUR WRISTS.

Then again, there's a chance that she was just one hundred percent done with the adventuring life by this point and wanted to go out with a bang. Shandra behaved like many real people would if they were thrown into a video game, and she forever has my respect for that. I just wish she'd been treated better. This one could go for any of the mentor characters from the personal storyline but oh, oh my Tibbles. My poor, one-handed, apple loving Charr baby. I cried for 40 minutes after those gates closed on you. I wailed, unabashedly and proudly, and I railed at your death on the official forums.

We had more than enough time to make it to the gate. You didn't need to go. Rest in peace, my fuzzy goofball buddy.

Have any other NPC deaths that made you roll your eyes, or roll in your puddle of feelings? Leave them below!