Why Nintendo Stands Out Among the Crowd

Among other developers and companies, Nintendo is undoubtedly the most creative, original, and nostalgic of the group and always will be. Here's why.
by Nilufer Gadgieva

It's rare to meet somebody who remains neutral to the perpetual bickering about which is the best console brand -- and die-hard PC gamers don't count. The Sony and Microsoft fandoms are unrelenting in their pointed arguments, their well-crafted comparison charts, their mockery, and their memes.

But the Nintendo family is incomparable to either camp and stands by, flawlessly enchanting people as it has since the early days of video game development. I say this as somebody who has played all three companies' consoles throughout my life. Nintendo's exclusive characters and games, vibrant technicolor graphics, and creative approach to gaming make for the best childhood memories to reminisce and the best adult obsessions as we wage through our mid-life crises hand in hand.

The Mario Bandwagon and Others

Shigeru Miyamoto unknowingly started a craze in 1983 that would go on for decades. While developing Donkey Kong, Miyamoto was struggling to come up with something of substance to give Nintendo a much-needed boost in the gaming world.

Platform gaming had an adventurous and challenging beginning in Super Mario Bros. That said, Nintendo managed to maintain the image of our adorable plumber by expanding him into a bigger field through story-based games, handheld games, Super Smash Bros., and Mario Kart, just to name a few. Mario is the Tom Cruise of the gaming universe, appearing in over 200 video games and relatively invincible to time, and the Mario franchise is still the best-selling video game franchise of all time.

Seldom do any consoles or gaming companies have a signature mascot assigned on a purely cultural basis; Mario provided such a revolutionary start to platform gaming that he has yet to be replaced, and I personally hope he won't.

Besides that, Nintendo has given birth to an array of brilliant game series that enchant gamers to this day, including The Legend of Zelda and its many spin-offs, remakes, and collaborations. It also built the foundation for the Pokemon franchise, which went on to create memorable characters and an entire culture of obsession across nations.

The Nintendo franchise has traditionally appealed to a larger and more pleasant fanbase than either Microsoft or Sony has managed to pull together. Even today, Nintendo fans are possibly the most mature and straightforward. The reason I say this might sound prudish, but Nintendo's family-friendly and less volatile approach to gaming may have provided some better structure to gamers as kids. Just a thought.

It's no secret that a majority of Xbox and PlayStation games are fueled by an endless supply of first-person shooting and story-based violence. This might be a strong generalization, but from personal experience hunting for games on the Xbox and PlayStation shelves, I can't seem to find anything but this specific genre throughout the years. While I enjoy a good virtual kill as much as the next person, it gets repetitive and dry after a lifetime of playing a similar genre.

Nintendo has produced games that are both creative and challenging to their audience -- with plenty of violence, no doubt, but also an interactive environment, a simplistic approach to graphics, and more focus on making the game an addictive and interesting play. Anybody who has played Super Mario Sunshine on repeat can agree. 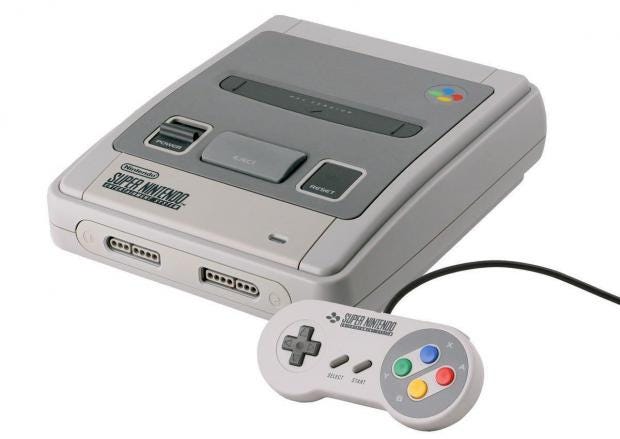 Nintendo innovates, others imitate. It's a pretty well-known concept going around on the internet to date. Throughout its console history, Nintendo has managed to remain remarkably original in design, graphics, and technicalities. The GameCube, SNES, Wii, and now Switch are all vastly different from one another, particularly in controls, gaming mechanisms, and cosmetic appearances. Nintendo has managed to remain consistent for numerous years, but also unique in an industry filled with companies perpetually competing with each other.

That said, both Sony and Microsoft have often been struggling to keep up with Nintendo's spotlight and fast-paced innovation. Everything from the controller appearances, mechanisms, and implementation of rumble to revolutionary motion control systems have been nicked off of Nintendo consoles since the early days of the SNES. Time and again, both Sony and Microsoft have attempted to recreate what Nintendo had already brought to light in their own fashion. This has ranged from hardware to company mascots, all with no success relative to Nintendo's. 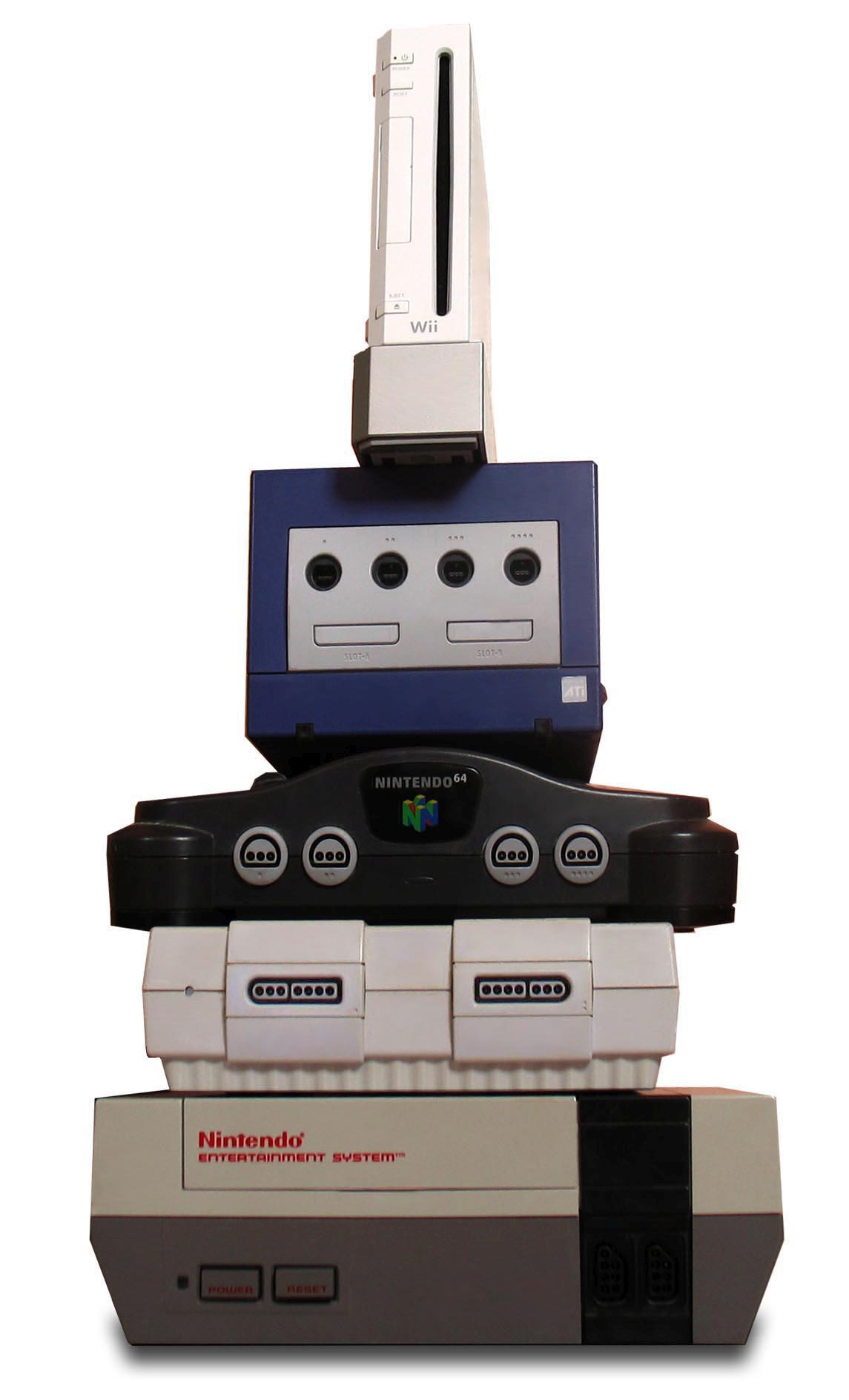 Finally, both Microsoft and Sony have always focused on keeping their fanbases excited over the integration of other media into their consoles. This turned both the Xbox and PlayStation into cheaper versions of a PC, and while this integration is great and convenient, Nintendo has still managed to stay on top of the game in spite of being late to the party. With the Wii, Nintendo initially had only just started to integrate internet services into its consoles, having up to that point been solely focused on delivering top-notch gaming quality. And in an era where smartphones and laptops are available in almost every household, there was no need for more.

While Nintendo has made some crucial mistakes in its console history, such as the Virtual Boy in 1995 and the Wii U in 2012, it has never allowed itself to fall back and has instead built upon its failures. So long as its fanbase is satisfied with the quality of the gaming experience, Nintendo thrives and improves upon itself with ease. Sega, on the other hand, could have crossed seas with its innovative ideas and the initial success of the Dreamcast to boost them, but alas, the disheartening market brought down what could have been an epic line of Sega consoles.

A majority of us have probably had experiences with Nintendo at some point in our lives. Perhaps it is deemed too childish for some, or not gruesome enough for others. Whatever it is, Nintendo inarguably makes for the greatest developers in history to date. They have remained original, creative, fun, and consistent since the 1970s, and still managed to kick serious butt with the Switch last year. Not a surprise.

The Nintendo name bears a certain air of nostalgia, innocence, and good old-fashioned fun that other consoles and devs have failed to provide. Bluntly put, Nintendo games are the only unique experience I can gain outside of a PC platform. Sony and Microsoft cannot offer a world as beautifully exclusive to their consoles, and that's enough to settle the debate.

I'm certain Nintendo will continue making a generation's worth of beautiful games in the years to come, and even if it falters at some point, Nintendo will be remembered for the mark it made in gaming history.