Spelunky Review - The Roguelike Platformer That Stole My Heart

With every death, I become stronger. One day I will be more powerful than Spelunky could even imagine.. or not.
by Ashley Shankle

I recently purchased about eight indie games off of Steam, each one as different as the last. One has stood above the rest as not only the game I've spent the most time on so far, but also the one I feel like I will be playing for months: Spelunky.

Those who have kept an eye on the indie scene over the past few years have likely at least heard of the freeware version of the game, and the Xbox Live Arcade community saw the remake's release last year. The PC version of the Spelunky remake is virtually identical to the XBLA release, sans a character exclusive to console.

As a long-time roguelike player, Spelunky is an absolute delight. The game mixes together the challenging gameplay of side-scrolling dungeon crawling (like La-Mulana) with the brutal and unforgiving nature of the roguelike, a genre best suited to bull-headed masochists.

Players are tasked with traversing the caves, collecting riches, and surviving -- that last bit is the most difficult part. 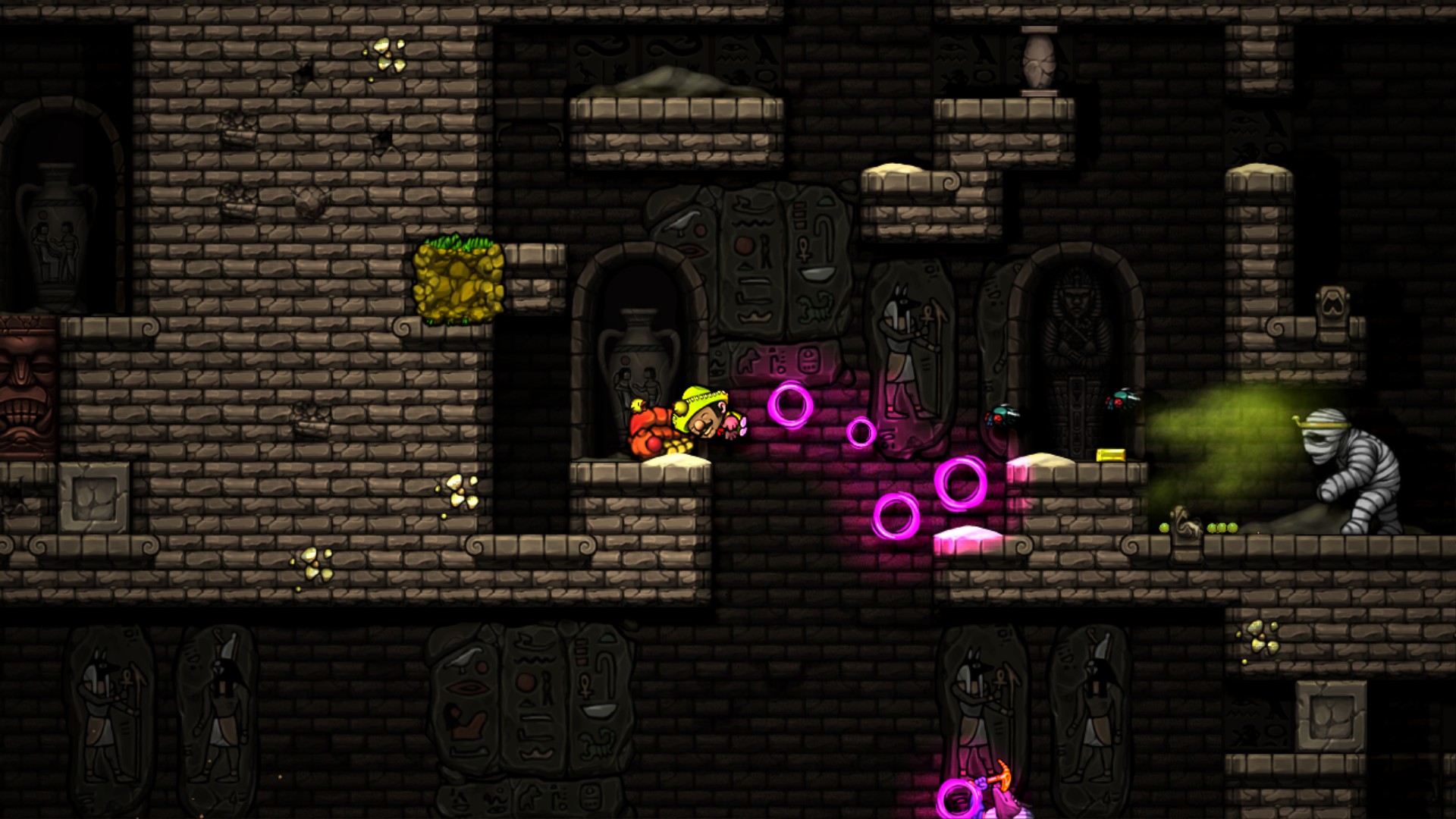 Going through the mines, jungle, ice caves, and so on is no easy task thanks to the multitude of enemies, ranging from benign to murderous, and the numerous traps laid out to slay the unwitting adventurer. A single point of damage early on can mean an untimely death later, and a hit from the wrong enemy can mean taking a lot more damage from other surrounding perils.

As players make their way through the caves, they will also find merchants selling equipment, items, kisses from the damsel not-so-in-distress, and even a gambling parlor. These merchants are randomly placed throughout the caves, as are several special floors that come about randomly (often at the worst times).

Each floor has a hidden damsel in distress, looking for his, her, or its (one of the damsel options is an adorable pug) knight in charming spelunking gear. Finding the damsel and carrying it to the exit will bestow upon you the greatest gift a spelunker could get: a sloppy kiss and an extra life point. 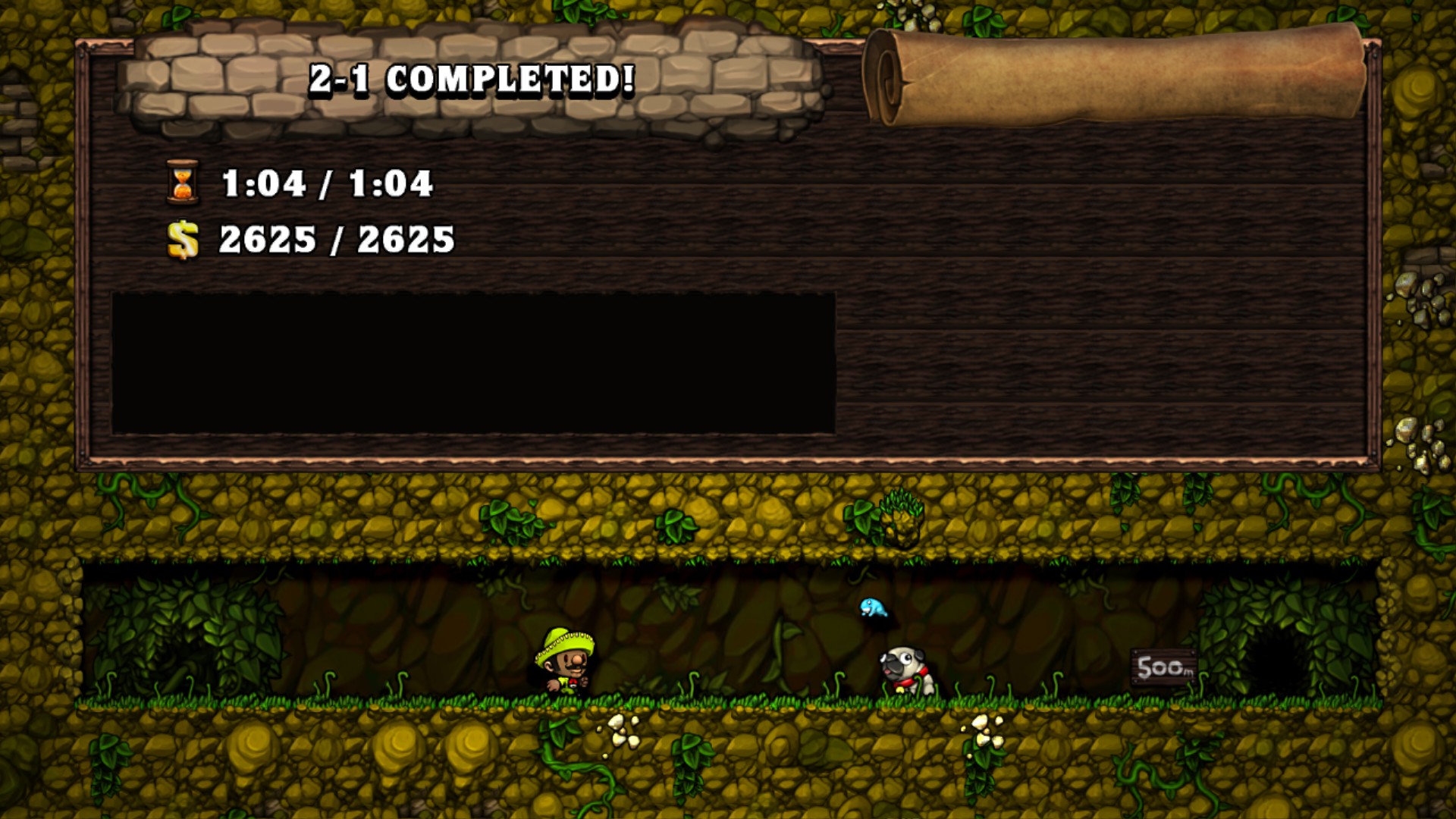 All of the above makes the game in itself charming and addictive, but the addition of several playable characters, daily challenges, and so many things to discover really push it to the limit. There has been no game that has charmed me so completely, sans Final Fantasy XIV: A Realm Reborn (life substitute, more like) in quite some time.

So what's the bad?

Yes, that's right: I can find no wrong in this odd beast of a game.

While I certainly would love to see online multiplayer, there is nothing to truly detract from the overall experience of Spelunky.

Some may complain that perhaps the game is too difficult, but that is the point. You're not supposed to have an easy time of it, no matter how experienced you are. The more time you spend with Spelunky, the better you become, but some of the perils that lie within are inevitable, and that is the very nature of a roguelike. 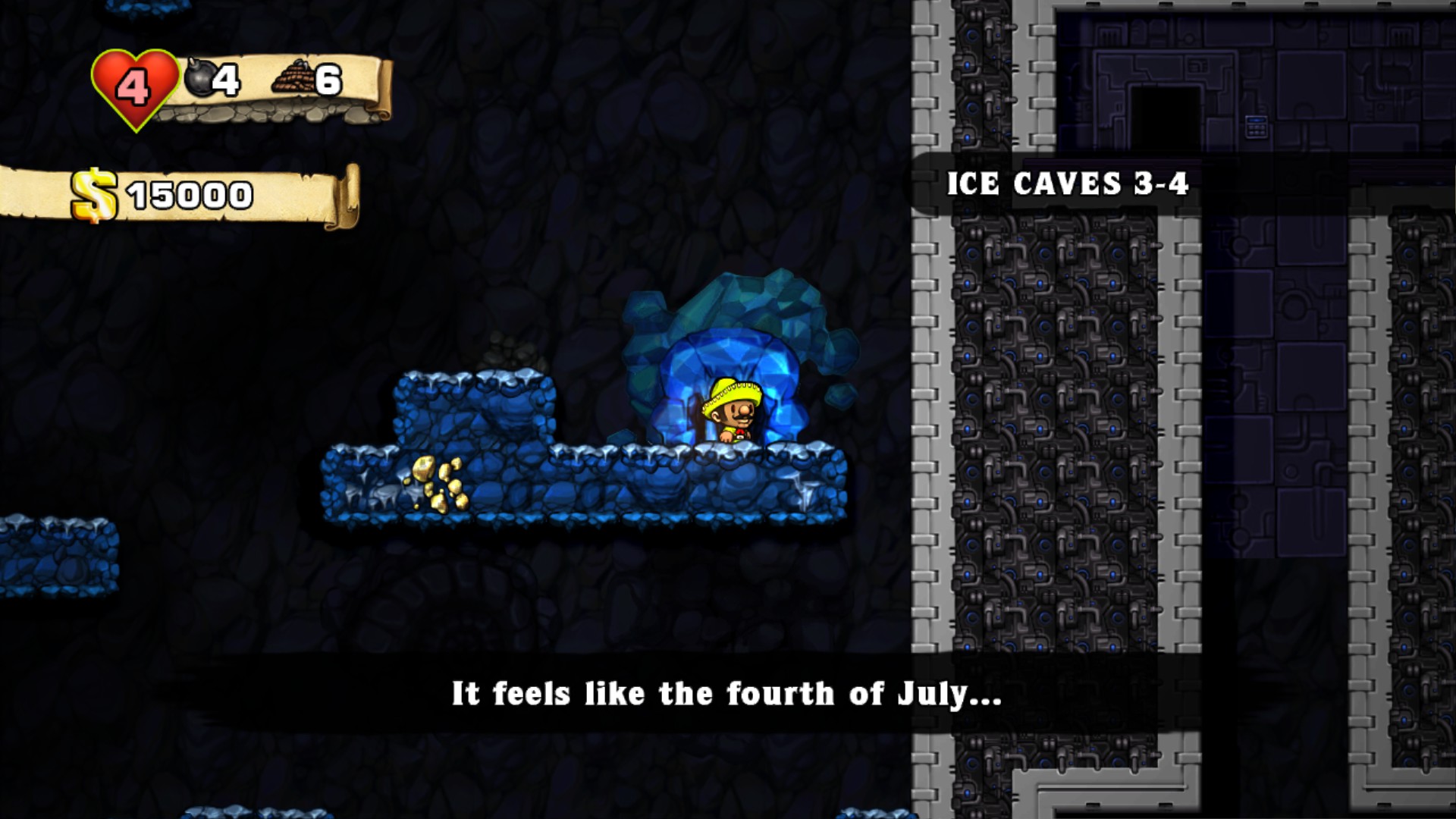 You can't fool me, it's below freezing out here!

As you play on, you can feel yourself becoming more responsive. You can more easily assess a situation, determine what to do, and act on it. In a way, the game rewards you for continuing through death after death because you are honing your skills and learning.

If you like the feeling of accomplishment you get by gradually improving at a game you enjoy, play Spelunky like it's 1999 and don't look back.

The freeware version of Spelunky can be found on the official website, should you want to try your hand for free. The remake--featuring some minor gameplay changes, revamped visuals and music, and new characters--can be purchased via Steam or GoG for $14.99.

Our Rating
10
With every death, I become stronger. One day I will be more powerful than Spelunky could even imagine.. or not.

Ashley has been in with GameSkinny since its inception, and has a real passion for weird games.