Should Star Wars The Last Jedi Get a Video Game Adaptation?

With all the hype around Battlefront II’s release, is this a new era for Star Wars video games? Should The Last Jedi get its own game?
by tofuslayer

Over the years, we've seen a plethora of Star Wars video games that have had varying degrees of success. While the franchise doesn't necessarily have the same level of acclaim in the gaming world as the Tomb Raider or Resident Evil series, it does have an incredibly vivid universe and a wide base of die-hard fans.

Star Wars is one of those franchises that is simply "too big to fail." Theoretically, devs could make -- and have made -- as many mediocre video games in the series as they wanted without suffering the same consequences as smaller enterprises. Still, they don't make games about all of their films.

The real question here is this: Is The Last Jedi deserving of its own video game, and would it be successful?

We've all seen the trailers and teasers, and they look incredible. The Force Awakens was a huge success that did a solid job of setting up for the installment in the Skywalker Saga. And between Battlefront II and the release of The Last Jedi -- both slated to debut later this year -- there is high demand for content from a galaxy far, far away.

But outside all the hype, are we excited enough to want a video game adaptation of the film? Could it be similar to Lego Star Wars: The Force Awakens? Or should it be more in the vein of The Force Unleashed?

Does The Last Jedi have what it takes?

While we don't have too many details on the storyline yet, we do know the film picks up where The Force Awakens left off. I'm basing a lot of what we can assume about the new film off of its prequel, and after a thorough investigation, it seems that many of these themes will carry through to the new film.

The Last Jedi will likely be focused on the new characters and story, but also bring subtle undertones of the films we've grown to know and love. I think the mix of old and new would be a solid foundation for a game adaptation.

Additionally, from what we know about the upcoming movie, there are some great protagonists that developers would have to work with, such as Rey, Finn, and Poe. As for villains, while Kylo Ren is no Darth Vader, he is a brooding dark-side user that displays plenty of potential and a storied, easily explorable backstory. On top of that, Captain Phasma would make an incredible video game antagonist. Based on the information we have so far and the story that The Force Awakens has set up for us, I would say that The Last Jedi is ripe for a video game adaptation -- and that's not counting all the new characters that will be joining the Saga.

What has failed, and what would work?

We've seen a lot of Star Wars games in the past. Why have some of them been total failures?

From Obi-Wan to Masters of Teräs Käsi, the number one complaint of these games was simply that the games were poorly made. Poor balancing, bad graphics, and awful level design plagued these titles, and ultimately led to their lack of success. Other titles such as Kinect Star Wars (pictured below) came off as half-baked attempts at increasing profits and pandering to a fan base.

I'm a firm believer that all Star Wars games are born good, but sometimes a series of unfortunate decisions can eventually sour a well-intentioned concept. Still, we've definitely seen over the years that video games from the beloved franchise do not always hit the mark.

Now that we know what hasn't worked in the past, let's take a look at what has worked in the past that might work for The Last Jedi. While I'm a huge Knights of the Old Republic fan, I'm not sure if any Star Wars film could be the RPG that is KOTOR.

The Last Jedi would be most successful if adapted into an FPS-type game like the Battlefront series or a third-person action title like The Force Unleashed. It seems like the new film will pick up exactly where The Force Awakens left off, so there isn't much room to squeeze in a storyline big enough to fill a game in the space in between. And while it may be possible to make a game that enriches the existing storyline of The Last Jedi, there's a risk that it would seem forced or lack a smooth narrative arc. I'm going to have to say the safest bet is going the FPS route, perhaps centering around Finn or Poe.

In the wake of Star Wars Celebration Orlando and the excitement over Battlefront II's much-anticipated release, now would be a good time to start considering an adaptation of The Last Jedi. If Battlefront II is a success, fans will be hyped for a new video game in the series that explores the films in a different way.

If it fails, the franchise has a chance to redeem itself. I think it's a safe bet to say that unless Disney slips up (which is unlikely, in my opinion), it will put a lot of effort into anything Star Wars related. After a long slump where the cherished franchise was not looking very hopeful, The Force Awakens ushered in a new era of Star Wars glory. I'm hoping that this means that we'll see a series of new games that carry on the legacy of some of our favorite titles from the past. I think The Last Jedi is a good candidate to continue that legacy. 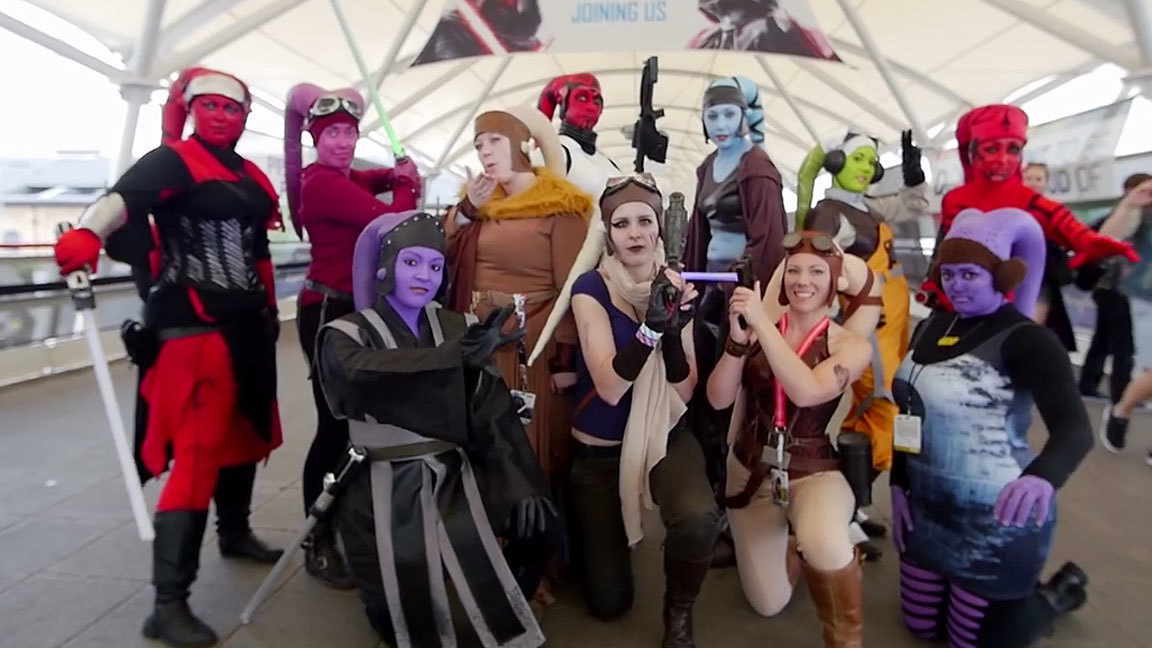 My vote is "yes" for The Last Jedi video game

While in recent years we've seen a rather dark time for Star Wars video games, I'm a big fan of the new series of films and I have high hopes for Battlefront II. In the past, we've seen that Star Wars games generally fail due to poor execution, and Disney has recently proven that they plan to uphold the integrity of the Star Wars franchise. From the little we already know about the film, I already see a lot of potential for an innovative and exciting video game adaptation. So here's to hoping!

Do you think The Last Jedi deserves a video game adaptation? Let us know your opinion in the comments below!