If you're in the UK and want Dark Souls 3's 'Apocalypse Edition,' you'd better hurry - pre-orders are very limited and hard to find.
by Jessa Rittenhouse

If you're the sort of gamer that always has to have the biggest, baddest version of the game, but your budget just doesn't cover it - Dark Souls 3's "Apocalypse Edition" may just be the game for you - that is, if you pre-order fast.

"Apocalypse Edition" is only available via pre-order in the UK, and the supplies are extremely limited, according to publisher Bandai Namco. The premium edition of this capstone to the infamous series releases April 12 for PlayStation 4, XBox One and PC. It includes a physical copy of the game in a metal case, as well as a copy of the soundtrack CD, and retails at £49.99.

In an era of gaming where physical copies of most games are unnecessary (and for many lesser known indie titles, unavailable), these 'luxe editions provide consumers with a bit of prestige that a digital copy just can't offer. But that prestige tends to come with a hefty price tag. 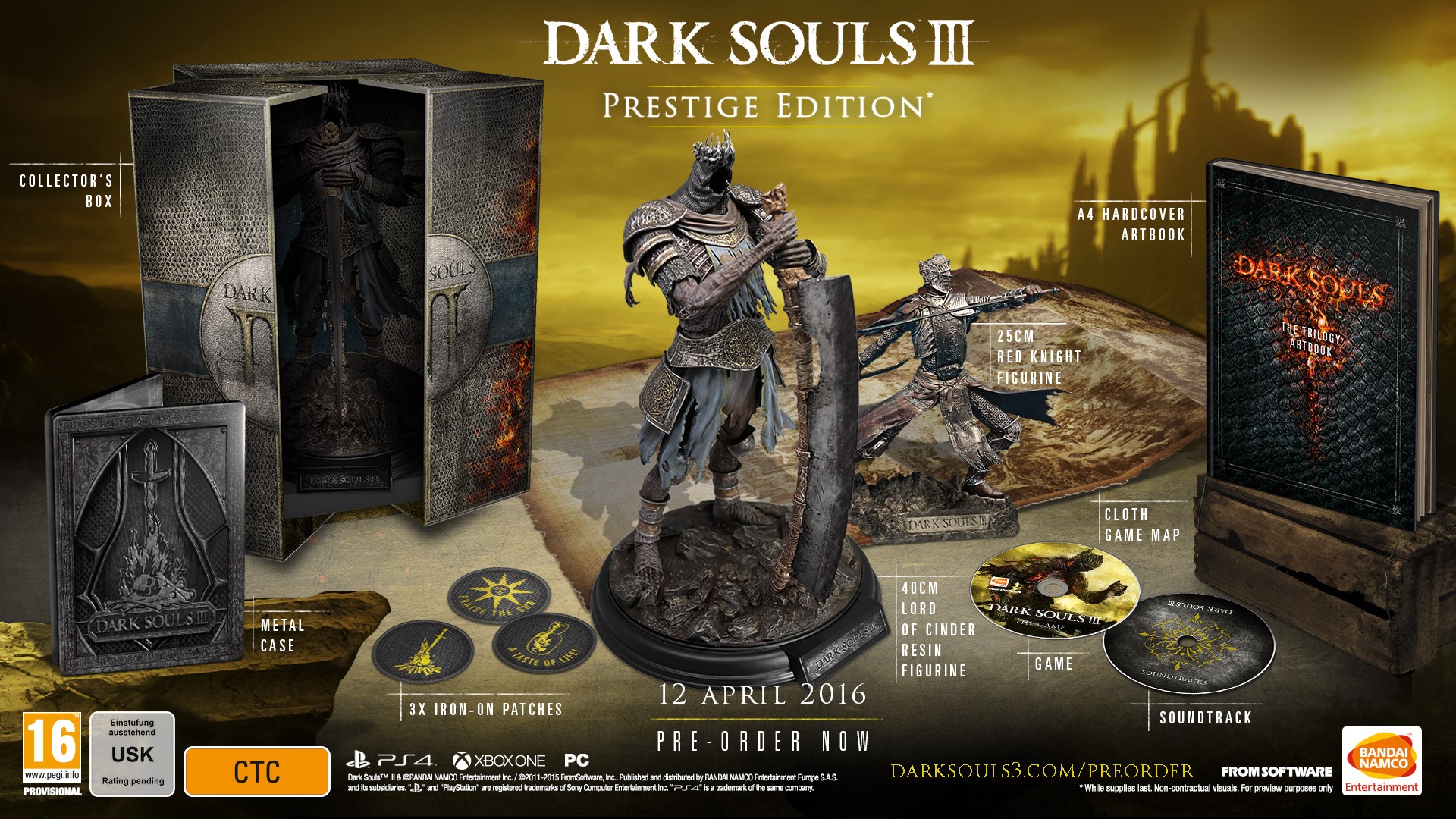 You can get three different versions of Dark Souls III in the UK: "Fancy," "Burn a Hole in Your Bank Account," and "Is Debtor's Prison Still a Thing?" editions!

"Apocalypse Edition," which replaces North America's "Day One Edition," is the least of the boxes of Dark Souls swag being offered across the pond.

The next step up, the "Collector's Edition," retails for £99.99 and features:

And if that isn't enough, there's the aptly named '"Prestige Edition" -- the best of the best, and only available at Amazon UK, containing:

That said, "Prestige Edition" currently isn't even available on Amazon UK -- and when it is, the price will certainly reflect the perks.

Are these editions worth all the hype? Judging from the rarity, it seems Bandai Namco may be banking on it being just that. We'll see the proof come April.

Will you be playing Dark Souls 3? Will it measure up to the rest of the series and be the crowning achievement, or are you expecting disappointment? Let us know!