Sony Blog Manager Talks About the Detail of Driveclub

Evolution Studio's upcoming Driveclub has a high amount of detail for a racing game. Sony posts 51 details of the game.
by Miranda Kirk

Driveclub is exclusive to the PlayStation 4 and the studio wanted to make the game look and feel as realistic as possible - to exceed gamers' expectations.

"As you might have noticed in recent trailers, Evolution Studios’ forthcoming PS4 racer Driveclub really is a looker. But until you see it up close it’s hard to appreciate just how much effort the team has gone to ensure it really pushes at the boundaries of gamers’ expectations."

The post talks about all the attention the devs put in aspects such as the weather, environment, "flora and fauna," cars, audio, handling, AI, and even load times. 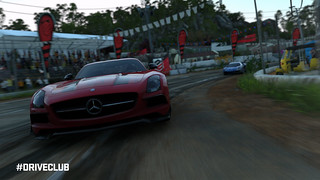 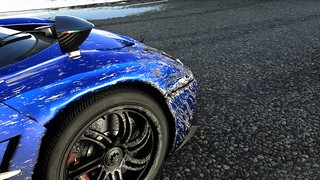 The Weather and Environment

The weather consists of NASA data and 3D models for everything from clouds to star constellations to how the environment reacts to wind speed.

The environment again uses NASA data to make sure every mountain and hill has been accounted for. They even went as far as calculating the texture of different roads.

Also they included over 1.2 million trees within the game along with flowers that are relative to the state you're driving in.

The team makes a promise that "each track will take no more than 15 seconds to load." Considering the amount of detail, this is an impressive feature that I hope they stick to.

Basically the list goes on and on with all these little details that had to have taken the team forever to put together. All the attention to detail is very respectable and the team deserves a pat on the back.

Driveclub comes out for PlayStation 4 on October 7th.