Yuji Naka has doubts this is the real design for the Blue Blur in the upcoming Sonic the Hedgehog movie, but it's looking likely this is the new Sonic.
by Ashley Shankle

Since the silhouetted reveal of Sonic's redesign for the upcoming Sonic the Hedgehog movie, fans and the gaming community at large have debated what the full new design might look like.

Advertising agency Hamagami / Carroll, Inc. put a page up on its website yesterday showing off the Blue Blur's newest design and describing the purpose behind the new redesign, which is an attempt to "balance between staying true to the Sonic brand, while appealing to a global audience, and differentiating from previous Sonic merchandise packaging."

So yeah, he looks way different. 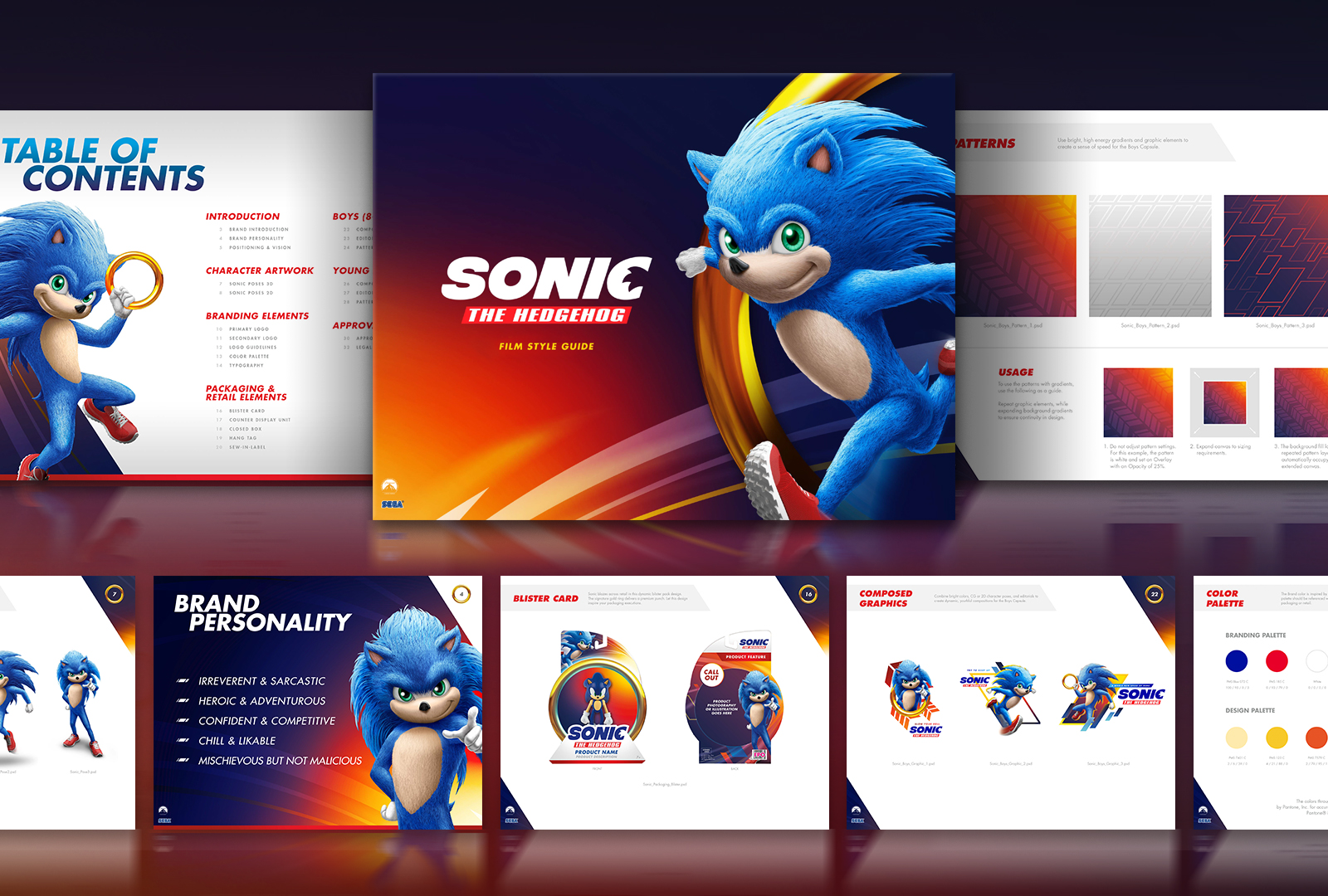 Under the "Brand Personality" section shared on the website, it states Sonic is to be:

Which all sounds about in-line with how Sonic has traditionally acted in other media. It seems the only difference here will be his brand-new look and Ben Schwartz as his voice actor.

Fans worried this new redesign will take over elsewhere within the IP don't seem to have much to be worried about. The site also stated his new look, paired with the above brand personality traits, was "versatile and modular" so that other IPs within the brand, such as Classic and Modern Sonic, could be integrated into the "baseline packaging look."

Fan responses to the original movie poster reveal were less than lukewarm in the face of yet another redesign, which Sonic has seen more than his fair share of. We can see here that he does, in fact, have two separate eyes, something speculated upon in some truly harrowing ways.

It seems likely that this is the true new redesign based on the source, but let's not take it as something that's set in stone just yet. Let's be a little more optimistic, that's the thing to do. Right?

I'm not so sure, since his creator Yuji Naka is actively pushing back on the potential new design on Twitter.

"When I see this Sonic's full body visual, I think of how important the balance between the head and the roundness of the stomach are. Couldn't they have balanced it more"?

"The Sonic images aren't officially released and these are the only ones out, I think this might be a strategic leak. It becomes bad for the Sonic IP when discussions shift to these bad topics. It's possible it's fanmade, but I want him to have gloves. The white hands are shocking."

Naka is sure to have more to say as this is one of the most drastic redesigns in the character's history, a character he initially designed. He's seemed particularly fired up about the new Sonic design's balance, and fans are already hotly debating the topic.

Whether you care for the new redesign or not, I think we can all agree Sonic the Hedgehog has seen a few too many redesigns for a single character. This one is probably the ugliest since the North American promo art for the original games on the Genesis. How this is going to look in the actual movie, who knows.