Why Telltale games should take a break

With 5 releases over a 3 year span, is telltale games beginning to lose steam?
by Jeff D_7921

What started off as a small, underdog developer has quickly turned into a studio that is afraid to leave its niche. While they have released many titles over the past few years, few strides have been made in the gameplay and graphics engine. Not only this, but Telltale is starting to oversaturate its own market, dwindling my excitement for its games with each release.

Telltale Games has found its strength in creating engaging, well-written adventure games. The team's stories and character development has always been spectacular. Unfortunately, the same cannot be said about the graphics. Don't get me wrong -- the game isn't an "ugly" game by any means. It's just that it chugs along on console versions. This is a problem that was never quite solved (unless you have the PC versions). Games such as Wolf Among Us would often pause for long periods of time in between scenes, pulling me out of the immersive experience. 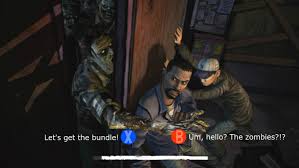 The same can be said for the gameplay. Although adventure games are known for being more along the lines of point-and-click adventures, you would think some progress would be made, given how many titles have been released. Even though each story is unique and distinguishes itself from the others, the gameplay formula is essentially the same, cut and pasted. Use the face buttons to select a choice, prepare for quick-time events during fight scenes, and walk around searching for clues/talking to people.

These are quirks that I think an increase in development time would fix. Unfortunately, I feel like Telltale is releasing too many games in a short span. Since 2012, we have had five releases (full games, not individual episodes). This leaves too little development time for any significant evolution to be made, as most of Telltale's attention is focused on the writing and crafting a tight narrative. With a little under a year spent on each title, the gameplay changes are similar to the changes we see in a sports game each year -- minor tweaks, but mostly the same.

Releasing 5 titles in a three-year span has begun to take its toll on my interest. Telltale has had the unfortunate luck of oversaturating the market with both its own type of games and the stories it chooses to tell.

For example, The Walking Dead has a TV show, a spin-off show called Fear the Walking Dead, and graphic novel -- all on top of the first two seasons from Telltale. Add in a Michone standalone title, and it just is too much Walking Dead. And that decreases my hype to the point where I will probably pass on their next installment. 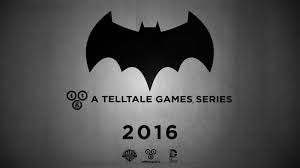 Recently, they just announced that they would be working on a Batman game. After the four Arkham games were released, Chris Nolan wrapped up his Dark Knight trilogy, and a new Batman vs. Superman is set to release in March of this year. Overkill? I think so. Telltale just has a knack for picking topics that I am starting to get bored with. Instead, I wish they would continue along titles such as The Wolf Among Us, where the Fables universe hasn't really been beaten to death yet.

Overall, I still love adventure games and respect all that Telltale has brought us. The Walking Dead Season 1 and The Wolf Among Us are among my favorite games, with their excellent writing and immersive world. Unfortunately, when two titles on average are released a year with five episodes each, it's hard for me to get excited about their upcoming Batman game.

I personally will be taking a break from Telltale's games, and I hope the team takes some additional time to space out their releases. That way they can finally improve the game engine and make the necessary adjustments to gameplay that will make the experience feel fresh again.