The Most Obnoxious Skyrim NPCs of All Time

With the Skyrim remaster creeping ever closer, it's time to get reacquainted with many denizens of northern Tamriel - but not all of them. Here are the ones to avoid.
by Jared Elliott

The Elder Scrolls V: Skyrim has undergone a drastic makeover, and it's ready to strut its stuff on October 28 for the PS4 and Xbox One. When the remaster finally hits shelves, fans can expect graphical overhauls, as well as new modding features to boot.

With the release date crawling ever closer and with my anticipation mounting, I tossed my old, dusty copy of Skyrim into my similarly-neglected Xbox 360 to catch up with the what's-what and the who's-who of northern Tamriel. It wasn't long that I remembered a basic truth about Skyrim -- the people suck.

For starters, most of the people you encounter in Skyrim (e.g. bandits, mages, Forsworn) will attempt to murder you on sight. They literally sit inside of caves and decrepit fortresses all day, waiting for you to show up just so they can attack you. Great folks. After a taking long journey across the countryside of Skyrim, batting off ravenous wolves, weirdos, and freaking dragons along the way, the fortified walls of civilization seem to be a welcome respite. And it is, for the most part... until you discover that the towns of Skyrim are filled to the brim with some of the most obnoxious and infuriating NPCs ever, who love to assault you with unsolicited flappings of the mouth on a regular basis.

These are the most insufferable NPCs of Skyrim that I've met in my current playthrough, neatly organized into a scale which ranges from "Belethor" to "I'm going to install a mod just so I can kill this guy." 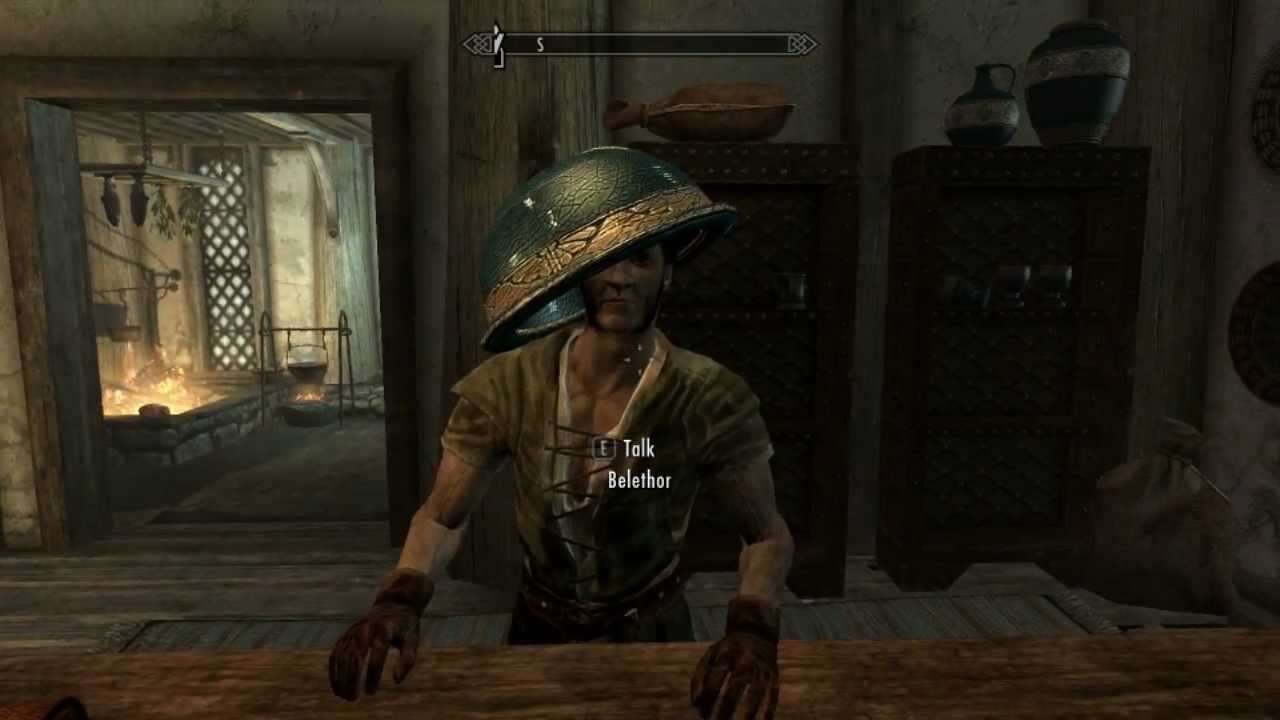 Belethor would earn the top spot on this list if he were not such an obvious choice. Perpetually sarcastic and as sleazy as they come, Belethor is widely recognized by Skyrim fans as the most insufferable sod in Whiterun -- well, almost. He doesn't even pretend to care that you've chosen his shop to do business with. As a matter of fact, he acts like he would rather never see you again at all ("Do come back..."). Sufficed to say, his reputation is well-deserved.

The most frustrating aspect of Belethor's character -- aside from his personality -- is the fact that he's actually useful. He'll buy just about anything from the player, which makes him a go-to merchant for cashing in hard-earned loot. Where else am I going to unload impossibly heavy mammoth tusks in the early game, after all? If he weren't so handy, I would have fus ro dah'd Belethor into the stratosphere long ago.

In any case, as a mediocre substitute for Dragonborn-caliber revenge, players have created a tradition of stacking items on top of Belethor's head as punishment for his insufferable jackassery. Bad, Belethor. Bad! To be fair, Lydia means well. She's the first follower you receive in Skyrim, and her only job is to fight alongside you wherever your journey leads you. The problem is that she is really bad at her job. Whether she's blocking an exit, diving in front of your spells and arrows, or running straight into booby traps, Lydia is almost guaranteed to make your life difficult.

After receiving Lydia as a party member, I set out for some good, old-fashioned adventure in some decrepit ruins -- full of Draugrs, of course. Things went fairly well for a while with Lydia at my side. She's good with a sword and she doesn't talk much. But then we were spotted by an enemy as we crept through a dark corridor. I stood and drew my bow, ready to fire as soon as my aim fixed itself. Lydia had already started charging toward the enemy, though, and on her way, she stepped on a pressure plate, releasing a spiked trap which slammed open, knocking her halfway across the dungeon and killing her instantly.

After Lydia's foolhardy and tragic quest for glory, I reloaded my most recent save file to give her another chance. This time, she managed to trap me in a corner while we were under attack by three enemies at once. I squeezed a few shots past her head as she valiantly fought the ghouls, but sadly, she performed a poorly-timed sidestep into the path of my next arrow, which struck her on top of the head and sent her flying roughly 20 feet across the room. Cicero is one of the most memorable characters in all of Skyrim, but not for good reasons. He's a murderous, insane, and overwhelmingly obnoxious member of the already not-so-personable Dark Brotherhood assassins. His role as Keeper in the Brotherhood is to watch over the decaying corpse of the revered Night Mother. If you're wondering about the jester getup, Cicero reveals in a journal entry that the outfit belonged to a real jester whom he murdered. Over time, Cicero took on the appearance and personality of the jester. Yeah, it gets weird.

All of this is admissible when it comes to fantasy villains. The problem with Cicero, however, is that he is not revealed to be a villain until late into his story -- in other words, there's a lot of build-up with his character. This means hours of listening to his obnoxious prosody, which makes me think of a clown entertaining children...except it's his first day as a clown, and he sucks at it.

If you spare his life at the end of his storyline, you can bring Cicero into your party as a follower, which is generally a pain in the ass. Imagine a squeaky door following you for hours, occasionally breaking into a little song and dance routine when it's supposed to be covering your back in a dark cave. A door probably couldn't do that, actually, but you get my drift.

Without the seasoned experience and social empathy which most adults possess, children are prone to blurting all manners of obnoxious, mean, and sometimes bizarre utterances -- and the children of Skyrim are no exception. In fact, one gets the feeling while walking through town that the kids are exceptionally obnoxious. Mostly, they enjoy running around town and saying generally annoying or condescending things to you as they cross your path.

Instead of ranting for two or three paragraphs about how much these kids suck to be around, I've compiled a little menagerie of quotes that speak for themselves. Keep in mind that all of these quotes were said by children, and were completely unprovoked:

Absurd that you can't get good sweetrolls in this skeeverhole of a city.

Another wanderer, here to lick my father's boots. Good job.

I'm going to tell father you said that. He'll tan your hide for sure!

Children in Skyrim are invincible, but the popularity of "Killable Children" mods for the PC version should serve as a good indicator of their notoriety within the Skyrim fanbase. Also, I may or may not have shouted Jarl Balgruuf's kid across the room a few times after installing it. Remember when I mentioned that Belethor is almost the most insufferable sod in Whiterun? Well, now you're looking at the winner of that title. Nazeem is a walking concoction of every bad quality attributed to other NPCs in this list so far. He's narcissistic, condescending, obnoxious, and he doesn't care what you think about it. This collection of bad personality traits is best exemplified in one of his many unsolicited comments to the player:

Do you get to the Cloud District often? Oh, what am I saying - of course you don't.

Great, Nazeem. Thanks for reminding me that I can't afford potions, so I have to eat 50 pounds of skeever meat to survive a battle and lick the Jarl's boots for scraps of gold.

Who do you think should have been on this list? Are there any other NPCs that drive you crazy? Leave a comment to join the conversation!