Remember Me -- Prince of Deja Vu: The Sands of Random Mechanics

Dotnod's cyberpunk dystopia is a mix of brilliance and mediocrity all tied up with a bow of confusing design direction.
by Elijah Beahm

There are few things as unpleasant to review as a middle of the road game. There are so many things you want to like about it but also so many things you think hold it back from even being average. It wasn't a terrible or boring slog, nor was it a mastpierece. No matter how you slice it, it's not for everyone, but you loved playing parts of it all the same. Remember Me is very much that sort of game.

You are Nilin, an amnesic "memory hunter" in Neo-Paris who can not only claim people's memories, but remix them. The hunter part of that profession also comes in to play when she repeatedly has to deal out near-lethal doses of body blows in brawling sections. She can overload enemies' brains with bits and pieces of memories like spam, and can also, for some reason... shoot memories?

Hardcore science fiction this is not. Memory accessing technology seems to basically allow you to do anything the developers want you to. Is there a puzzle section where you manipulate machines? Use your memory hacking glove thing. Robots? Shoot them apart with... memories. They don't do a great job explaining some abilities and just treat them as granted.

You're better off not thinking about the how as the "Why am I even doing this?" question of the hour comes up a great deal more. There are very poorly executed stealth sections that seem to just be there for show, puzzle mechanics come and go as they please, and the combat starts out ploddingly slow then suddenly gives you a bunch of abilities and runs out of unique ideas not too long after that very fact. Collectibles to find that boost health and your special move bar feel completely out of place. Memory hacking, which is touted as a core mechanic, appears briefly in the beginning but is then absent for a good portion of the campaign.

This isn't helped by Remember Me being another game with a fake climax. I don't want to spoil the plot here as it actually gets quite good for a long stretch after the first act or so, but this sort of "Haha, you thought the game was over didn't you?" fake out is getting old. It wasn't at all welcome in Tomb Raider and it's just as obtusely placed here. It feels more like the original game and a sequel were put end to end in the same package.

Any of the core ideas here could have made a great game. The brawling has its own aesthetic feel all to itself, combined with the combo-customizing Combo Lab. The Memory Remix sequences would work great, and could probably be fleshed out a great deal more if we saw more than four of them total, or at least more variations as to what you could do. It could have been a stealthy platform experience if either platforming or stealth felt like someone spent more than two hours designing each.

Remember Me is more like an on-rails experience. You will be in brawling mode when you are meant to brawl, in puzzle mode when meant to solve a puzzle, etc. Your choice over how to approach any situation is non-existent.

There are so many directions it could have gone, but as it stands, I'm strangely reminded of Tron: Evolution, just with puzzles, far slower but more tactical combat, and more filler platforming instead of vehicle sections. Except the irony is, that movie tie-in had a more coherent melding of ideas (most platforming moves were necessary or at least useful in combat, and gave it a very dynamic feel I didn't even expect).

Remember Me is more like an on-rails experience, despite having the mechanics to be anything but on-rails. You will be in brawling mode when you are meant to brawl, in puzzle mode when meant to puzzle, and your choice over how to approach any situation is non-existent.

So how can a game with almost no sense of direction, grounded in a universe that has no grounding itself, built around ideas not all even fully formed, be worth looking at? Well, because somehow it works on a certain level. Despite its numerous flaws, it carries on very much like a B-movie. You'll never see it hit the high mark it should be reaching, but there are enough good lines, well paced action beats, and a meshing of the various ideas that gives you a hint of what could have been. It can be very bittersweet, but at least there's something to look forward to in Remember Me.

Most of these better sections appear later in the game, revolving around the plot getting to the real stakes and issues instead of the midway station that is your opening objective. Several twists actually surprised me thanks to the developers not blatantly spending every minute hinting at certain narrative threads (something a number of developers could learn from in terms of storytelling). The final twist I put together long before it was officially revealed to Nilin, but even she admits that she suspected earlier on.

One of the most underutilized but satisfying aspects of Remember Me is its idea of a memory sculpted cyberspace. Two boss fights take place here and are some of the most visually arresting areas to set fights. The majority of the combat is still traditional brawling but it's clear you could have something that would give The Matrix a run for its money if you did it right just with these parts of the game. Sadly, like Memory Remixes, they are rare whilst fights with similar groups of enemies tend to appear for a good chunk of Act 3, but Acts 4 and 5 pick up the slack afterwards (also yes, it uses a theatrical act structure over its ten to twelve-hour run time).

Praise also must be given to the game's art direction and sound design. It looks and sounds amazing, almost as if it's a machine opera with bits of Jazz and Trip Hop slipped in to keep the beat shifting.

The game's art direction and sound design are fantastic. It looks and sounds amazing, almost as if it's a machine opera with bits of Jazz and Trip Hop slipped in to keep the beat shifting. The world seems to move with the music at certain points, and integrating certain songs to play during successful combos is a great aesthetic decision. Every song, building, and character looks and sounds completely their own while still keeping in theme with the world they exist in. Plenty of characters you meet look like protagonists from other games in their own right, just stopping by to cameo and wink at the audience. The world of Remember Me is a world I'd love to visit in another game and see more of from a different set of eyes, in addition to more of Nilin's tale.

Praise also must be given specifically for Nilin. While still made to be appealing, she's not a sexed up Barbie doll. She's not a non-participant to the plot and decisions made like Lara was in Tomb Raider, nor is she here to reject something. What starts out as a similar sounding objective turns into a constructive mission to try and restore her former life and the lives of those closest to her.

Nilin kills plenty of foes in her path for peace, but she shows displeasure, she shows an actual inclination towards humanity. She's not a machine who shows emotions when you press the right button, she'll question an order if it crosses a line. Cutscenes of her own introspective monologues feel well placed and give us an idea of where she's thinking and what she plans to do next. Saying anything more would, once again, spoil the plot details, but it gives a fairly clear explanation not only to your amnesia but a vast number of events occurring across Neo-Paris. 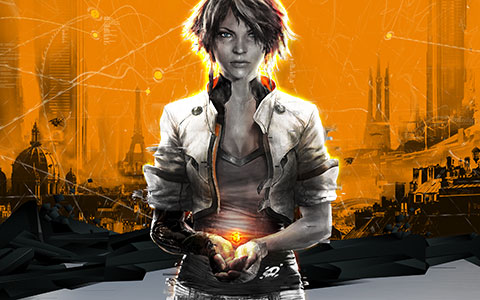 Remember Me is a very flawed game. When it works, it's actually hard to describe. Everything comes together to feel distinct original despite several ideas like the Combo Lab having been dabbled with in other games. It's a great game in those few hours where it stands tall, but between them lies a vast number of average and mediocre sections that needed more tweaking and polish.

Perhaps if Remember Me hadn't been quite as ambitious, hadn't been quite so outgoing, it might have been able to stay on the path it set for itself. Except then what few solid sections it has might have lost their splendor. It's a complete mixed bag, and definitely not worth a $60 asking price. If you can though, grab it for twenty, or if you're really curious thirty, and give it a try. It's a memorable, if not fully satisfactory experience.

Our Rating
6
Dotnod's cyberpunk dystopia is a mix of brilliance and mediocrity all tied up with a bow of confusing design direction.