Want to create spaceships like no other? Try Istrolid, the latest ship designer free on Steam.
by Ian Ilano

Istrolid has customization at its core, and is one of the biggest selling points of any game.

The ability to create and design your own objects is an element that all gamers seem to enjoy. So it's no surprise to anyone that Istrolid — the ultimate ship and fleet designer now free on Steam — is doing so well.

In Istrolid, players are tasked with designing their own unique spaceships. With no unit or faction limit, players are free to create a fleet with its own distinctive set of strengths and weaknesses, and then can bring their army to the fight. Be it against randomly generated ships in the game's single player campaign, or battle online against other players.

The game has been praised for its engaging action and customization.

The current version of the game features: 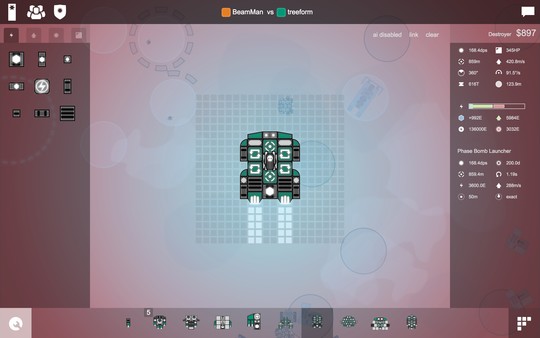 Feel free to create the biggest and baddest ship that you can.

Since its release, Istrolid has received an overwhelmingly positive score from a majority of Steam users. The development team is still hard at work fixing major bugs and improving server stability. But even then, at its current price of nothing, it's more than worth it.

You can pick up Istrolid free on Steam today!